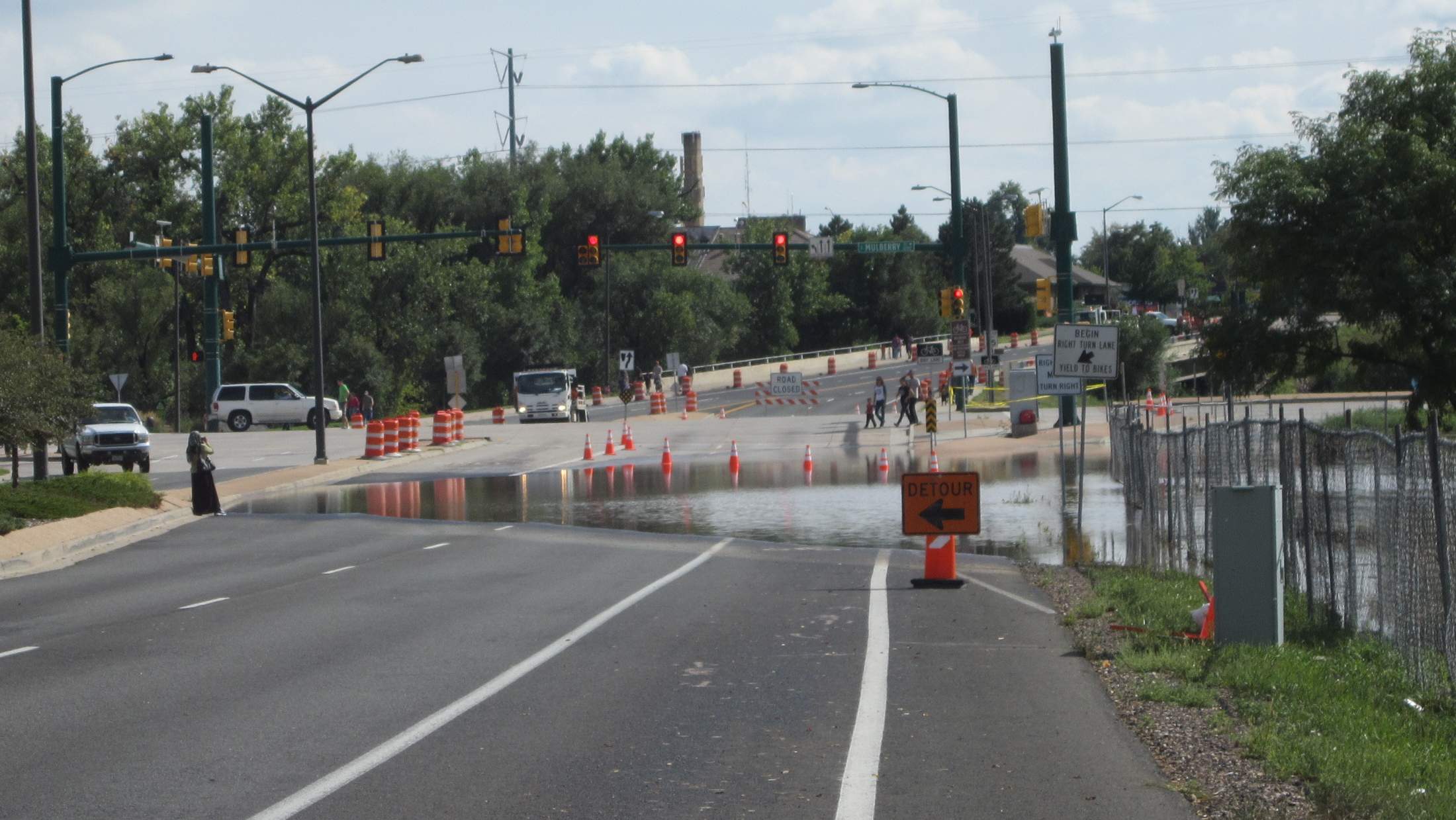 My folks had been talking about coming out to visit me in the Rocky Mountain State and inquired when would be a good time. I assured them that September is always a beautiful month: ideal temperatures with usually little rain, wind, and definitely no snow. One of my favorite months of the year.

I was a bit surprised, then, that during the days immediately following my severely flat-prone but mostly sunny double century ride the skies took on a decidedly Pacific Northwestern gloom-grey hue and the sun had gone into permanent hibernation. Water drops falling on the window alternated between a soothing pitter-patter to a Gods of Fury, monsoon-reminiscent beating. And it wouldn’t stop!

It turned out to be a once-every-100-years—or 500 or even 1000 years, depending on which expert you were asking and number of letters he had on his business card following his last name. This means that as with the 2010 Winter Solstice lunar eclipse and the 2012 Transit of Venus, this was a natural phenomenon that I should never see again during my lifetime. Of course, quipped a friend, “we seem to get these 500-year floods every 20 years,” so who’s to say?

In any case, enough ink and digital pixels have been relayed over the Internet about this devastating event. You can read this Wikipedia entry or look at these 15 unbelievable images to learn more about the floods, in case you have been living in a yurt while disavowing reception of electromagnetic waves of any length.

So instead of rehashing what happened, I will briefly write about how I and other Fort Collinsers were affected.

Compared to those in beautiful Estes Park or Boulder County, we were largely spared. The primary inconvenience involved transportation: for example, after the third or fourth day of the deluge, not only was Highway 14 through the Poudre Canyon entirely closed, but so was Interstate 25 all the way from the Wyoming Border to Denver.

By the time the sun came out on Friday, every single bridge and road crossing the Cache la Poudre River was closed. Since the Poudre River spans the length from Cameron Pass 70 miles west in the Poudre Canyon to well east of Windsor, these closures had the effect of turning this waterway into a virtual Berlin Wall. The north side of town where I live was, in essence, East Germany. There was simply going to be no way to get into the center or south end of town except for taking a huge detour (maybe an additional ten miles or so) over wash-boarded dirt roads east of the closed highway way out of town, the type reminiscent in the older Wild West movies.

But I basically had a free day and was scheduled to meet up with some friends to go indoor rock climbing, and the gym was on the south end of town. Driving or motorcycling was out of the question due to aforementioned roadblocks, so what to do?

Despite riding this 26-pound two-wheeler which would hardly cause a sixth-grader’s balsam-wood Science Fair bridge to collapse, I was actually turned around at two Poudre River crossings by the authorities. Once was at Lincoln Street, and another a few blocks away on Linden Street.

Eventually, though, I was able to sneak past the city’s would-be saviors on Mulberry St., but only after continuing down Lemay Ave. which was closed due to the pooling of water shown in the top-most photo.

So as in the case during the record-setting 2006 winter blizzard when my cars could not, my pedal-powered two-wheeled machines got me where I needed to go. It’s a reassuring notion considering that—if recent history is an accurate guide—the next once-in-a-lifetime natural emergency will probably happen in another year or two. Just hopefully not when my folks do make it out here.