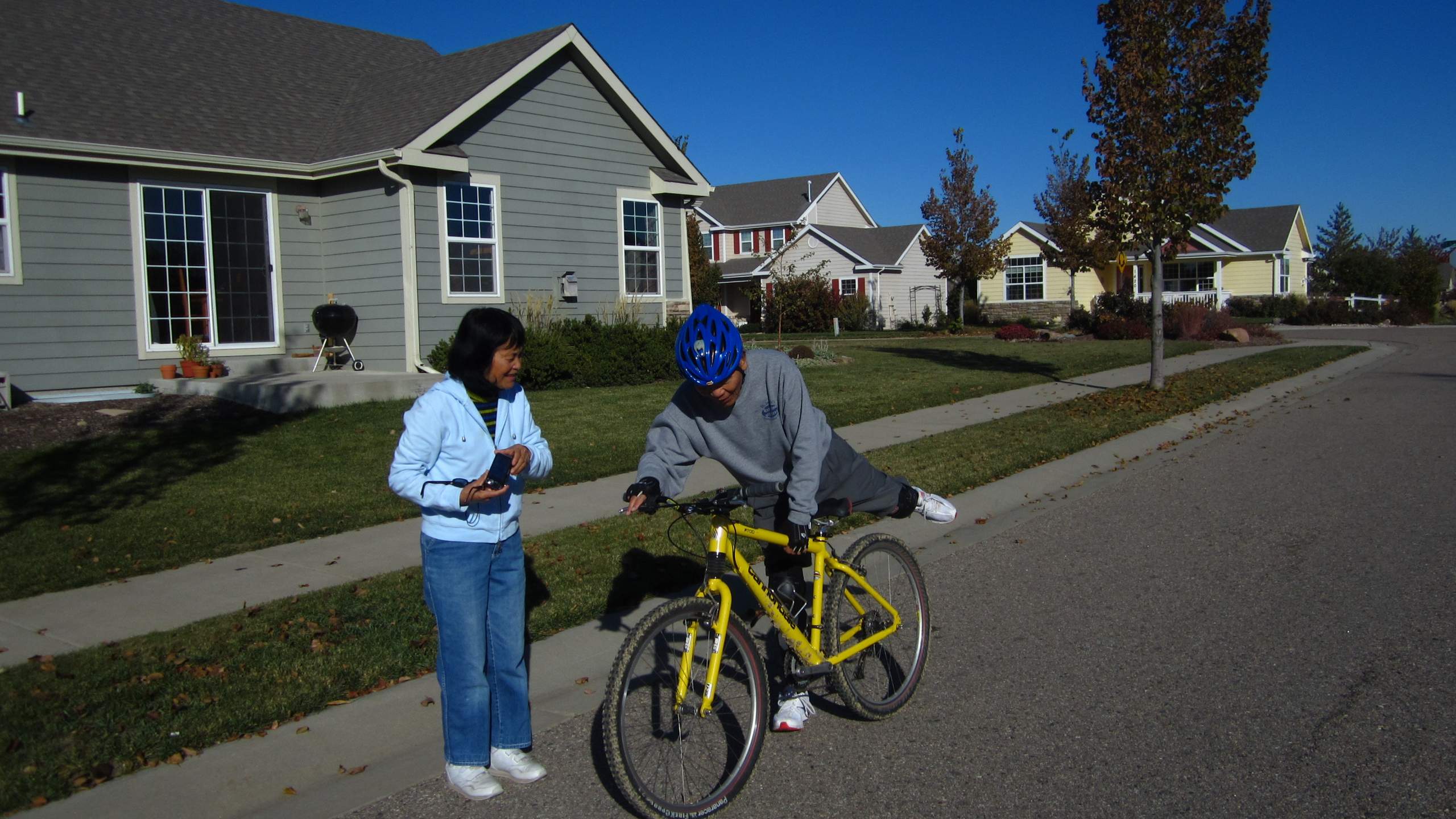 After having an illustrious career as a radiology oncologist, my dad fully retired this year. My mom had also semi-retired from being an extremely successful real estate agent, so now they had time to travel. First stop on their itinerary was a visit to Colorado. I was delighted to get to show them my adopted hometown, as they had never been to Fort Collins before.

Actually, the first place I took them to was a top-rated Chinese restaurant in Denver called Star Kitchen where we munched on dim sum. Restaurants employing people pushing carts carrying petite plates of dumplings, veggies, tofu and fowl are nowhere to be found in the Fort, you see, so hence the Denver trip. Plus I thought they’d be interested in seeing a little bit of Colorado’s capital city, even if we only got to see some of the outskirts.

The next evening we did eat Chinese food in Fort Collins with my friend Raquel at a restaurant named South China, which we all agreed was very good. Glad to see that there is a Cantonese restaurant in FC that can earn my parents’ taste buds seal of approval, especially since they are used to dining at the many excellent ones in California.

Later in the week I decided to get my parents out of their comfort zones by trying some things new. Fortunately, they were game to do so. We went kayaking in the lake—which was easy for them to learn—and tried another activity that was definitely Not So Easy to Learn.

Kelly—who works at a bike shop—had explained to me how she has managed to teach little kids how to ride a bike within 30 minutes, plus I had a list of tips gleamed off the Internet along with a healthy dose of naÃ¯ve optimism. I removed the pedals from my mountain bike, lowered the seat all the way down, and equipped my dad with both a helmet and some knee pads designed for roller blading. Then I had him attempt to coast on the bike down the street in front of the house, which was a perfect slope—gradual enough to allow for coasting but not building a scary amount of speed.

My dad tried for 45 minutes (unfortunately, my bike proved to be too large for my mom so she never got a shot of more than 30 seconds), sometimes with me running alongside him with my hand steadying the saddle. He was able to coast for as much as four seconds, which was somewhat encouraging. Unfortunately, I was at a loss of what to try next, and engineer-ish exhortations of “if you start falling right, turn the handlebars to the right” probably were not very helpful. Eventually my dad wanted to throw in the towel but promised that he would try again back in California, especially after I brought him my old mountain bike that my friend Adam had graciously stored in his garage for the last eight years.

Later that day we went to visit the Horsetooth Reservoir in which fall colors were a-blazing, and then we went to what has become one of my favorite quarterly events in town: Ignite Fort Collins.

Ignite is a night of presentations on a variety of topics, with a twist. Each presentation has 20 slides that automatically advance after 15 seconds. It is a worldwide movement. We bring Fort Collins geeks, designers, and hipsters together for a night of beer drinking and fun.

Think of it as a series of TED Talks, but briefer and more varied in topics. The speakers could be anyone from the community who submitted a topic months in advance.

I also managed to round up a great number of friends and we all had a blast. Thanks to Dan, Dan’s roommate Kevin, Casey, Colton, Diana, Erika, Julie, Julie’s two roommates, Lauren, Rhea, and Victoria for making my folks feel very welcome and have a good time.

My folks, in fact liked my friends and Fort Collins a lot and I’m looking forward to their next visit. Maybe by that time more progress will have been made on learning to ride on two wheels.