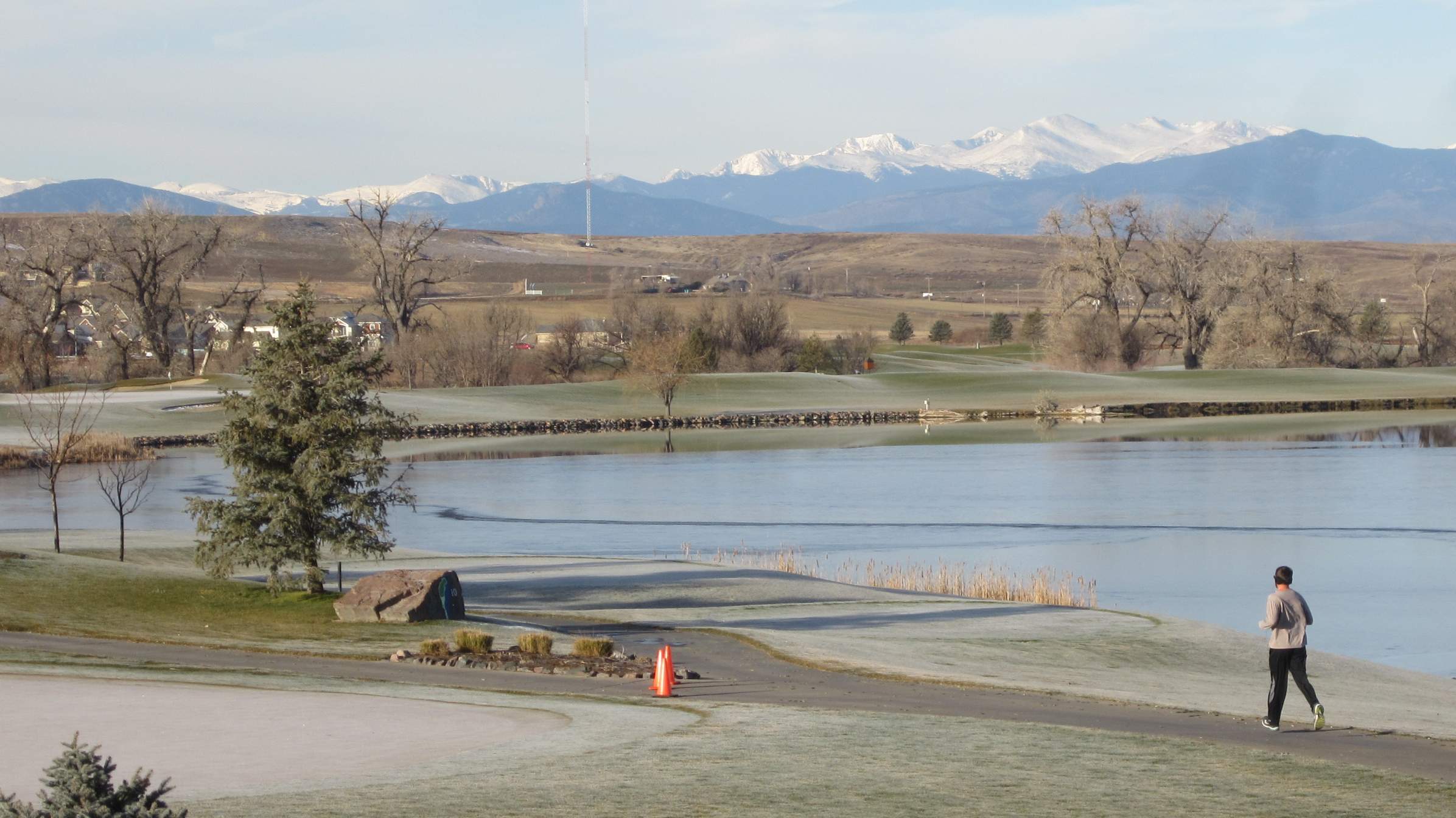 For some reason, the holiday I have most consistently ran a race on has been not St. Patrick’s Day, the Fourth of July, or even New Year’s Day when everyone is enacting resolutions that last approximately 10 days. Instead it has been Thanksgiving Day. But perhaps this makes perfect sense considering that this is the one day of the year where us folks residing in the Land of the Free like to express our gratitude for life, liberty and the pursuit of happiness by force-feeding desserts, gravy, and de-feathered bird down our throats to the point of tummy explosion.

To warm up for this, why not run wild on trails like a flock of turkeys? Or, in the case of Pelican Lakes in Windsor, Colorado, like Canadian geese of which there were thousands standing in the formation of an eighteenth-century British army. Frantically shuffling your feet and punching the air with your arms surely is a great way to expend calories in preparation for the Great Gorging.

Or so the thinking went as 585 people lined up at the start of this 5k race put on by Green Events and Athletes in Tandem. Never mind that the 300 calories burned in excess of basal metabolism is only equal to only one slice of cheesecake. We were going to have our cake and eat it too, quite literally.

The day featured an unobscured sun, temperatures near the 40s, and zero movement of nitrogen molecules around us. In other words, near-perfect conditions for exercising outdoors. In the registration room I encountered my friends Alene, Connie, Doug, and race director Lisa, and also finally met Ryan of ColoradO2 Photography (and former co-worker of Kelly) for the first time. He’d be pushing a stroller carrying Zach, one of the Athletes in Tandem guys, in this race.

Our legs started trotting promptly at 9:00 a.m. around Pelican Lakes. The views of the snow-capped Rockies were sublime, particularly that of Longs Peak, the most northern Colorado fourteener. Score a few points for this 5k over the other Turkey Trots in Fort Collins and Loveland for this reason alone.

For the last six weeks or so I have been running exclusively intervals and time trials (in addition to one marathon) so I was feeling quite optimistic about my race performance today. Starting at a conservative pace, I passed the first mile in 6:07, a somewhat blistering pace for a runner of nonexistent talent such as myself. Perhaps too hot as shortly after the first-place woman passed me, and then two of the AiT stroller men. The latter particularly impressed me considering the amount of turns and undulations on the trail.

I settled into a good rhythm, focusing on a six-count that equated to at least 180 steps per minute. Rolling, winding courses are not my forte but I kept pushing, particularly on the extremely short downhills. By the last mile I felt I was in a good position for a good placing.

As we rounded the final turns I kicked into high gear and even managed to sprint past a kid who could not have been more than 12 years old but was still somehow ahead of me the entire race. I nipped him just meters before the finish line. “Not this year, buddy,” I thought, knowing fully well that he’ll probably be enacting revenge on me when he is 13. Hey, I have to enjoy these little “victories” as they come especially when two women chicked me and I got beat by two guys in strollers.

My final time was 20:08 and if the race were chip-timed, it would have been 20:06 as I started a few rows back. An icy bridge near the end probably cost me a sub-20 minute 5k, but nevertheless, this was my best race effort in a good year-and-a-half. I feel like at least for short distances, I am back to where I was summer of 2012, and with more intervals and time trials, I feel it is realistic to get back to my peak of 2010.

After the race, I was surprised by Kelly who came out to say hello and also burn off some calories. It had been a long time since I’ve seen her so it was great to catch up with her while we jogged and walked a couple miles on the course.

When she left, I stuck around for an hour to help with race cleanup, which hopefully augmented my race karma. Lisa also gave me an unclaimed pumpkin pie that was meant for one of the age-group winners who went MIA, meaning that I now had in my possession another dessert that packed ten times the amount of calories I burned in the race. I guess I should reward Lisa’s act of kindness by mentioning that she did an absolutely superb job in organizing this race, “including doing a great job with the weather.”

Ultimately I brought the gigantic pie (and a caramel apple one I picked up at Whole Foods the night before) to my friend Lee’s house to partake in our traditional Thanksgiving feast. There were now more than enough desserts to explode a dozen different stomachs, thank you.