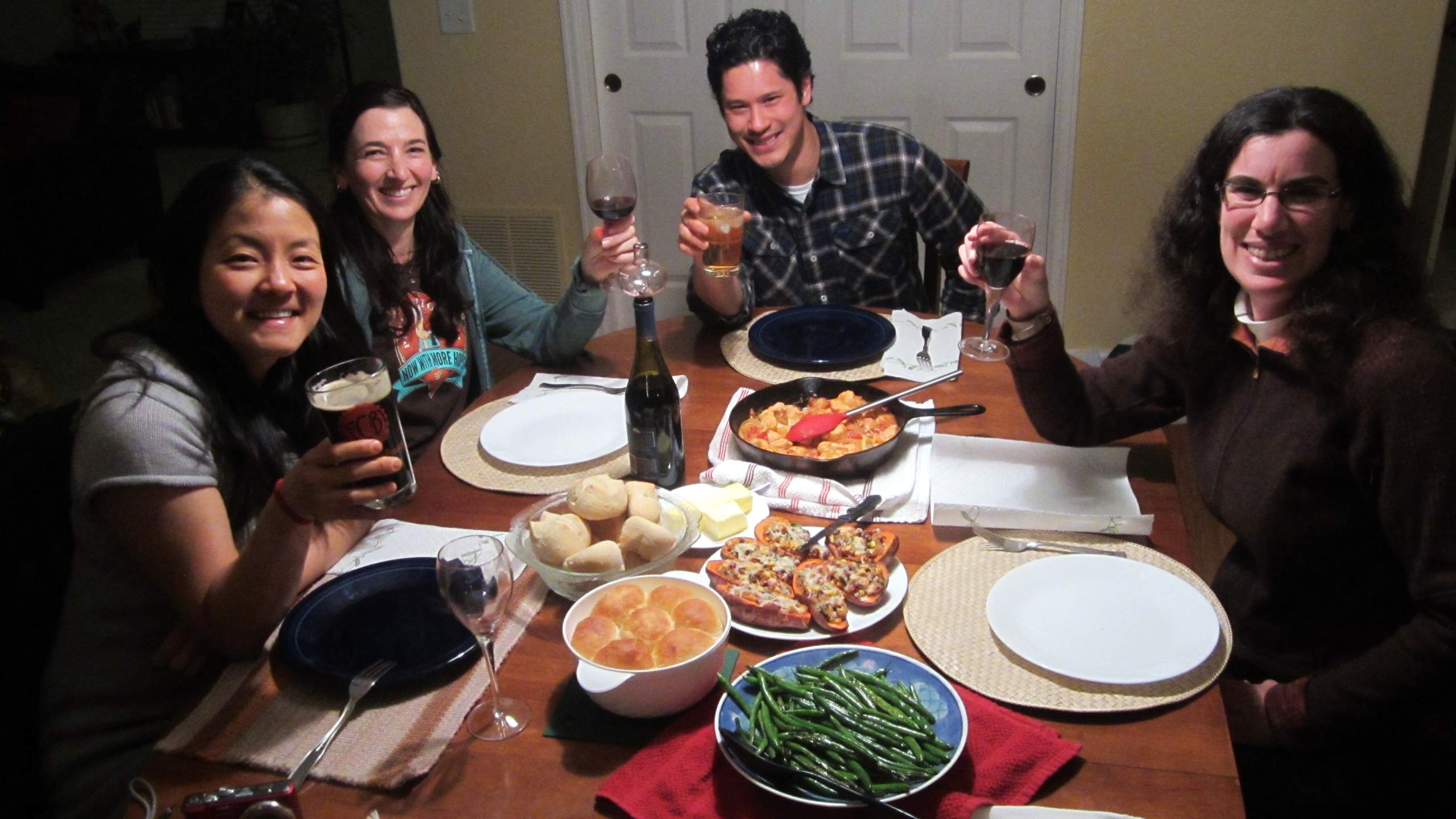 It’s kind of ironic that I have spent more holidays with Tori when we were living in different states than when we were living in the same town in Colorado. I almost always spend the holidays in California, and while she was still living there I’d get to see her. Hence, when she moved to Fort Collins several years ago, we’d find ourselves separated by at least a couple states.

The same scenario almost repeated itself this year, except my folks both came down with the flu and cancelled x-mas celebrations over there so as to not get any other family member sick. I would remain in Fort Collins. “You should come over tomorrow and decorate cookies with me and Michele,” she said the day before Christmas. This I could do—never mind making cookies is yet another thing I hadn’t done in years.

The cookie-making party with Michele, Rob, Susie and Tori started innocently enough. Using batches of cookie dough that Michele had prepared ahead of time and cookie cutters shaped like animals, trees and stars, we created sweet-tasting two-dimensional desserts in which fish were as large as rabbits and pigs were larger than cows. “The cookie cutters are not to scale,” Michele explained.

However, the cookies took a morbid turn—particularly after Michele started putting trees in cows’ heads and adding axes to the gingerbread men:

I tried to right the ship again with my contributions including a football and a happy star:

(Please note that the ax on the head of what I think might be fowl of some sort screaming “Ah!” was not placed there by me.)

Anyhow, it was all good and fun. We also played the game of Blockhead—a blatant ripoff of the game of Jenga—and ate a hearty meal consisting of rolls, sweet potatoes stuffed with quinoa, green beans, and chicken. The pets among us—Tori’s doggie Sadiq and Susie’s cat Scout—seemed to be enjoying the holidays as well.