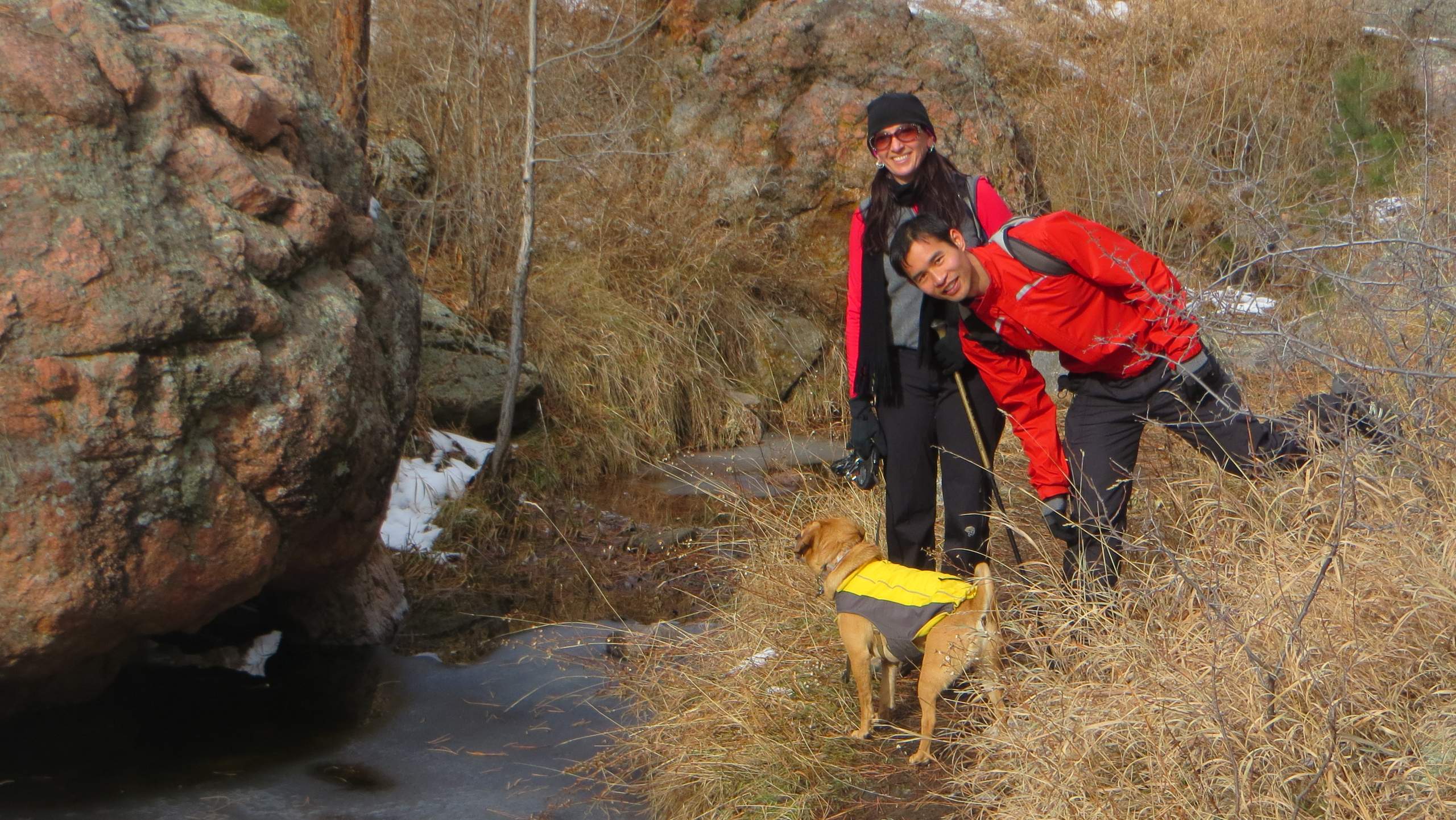 In years past I have tried to do some sort of nature-bonding exercise like a hike or a trail run on the shortest day of the year, the Winter Solstice, as in 2003, 2004, 2006, 2007, and 2010. But this year, being afflicted by Holiday Season Sloth, I did no such thing—unless you count the six sluggish 90-second intervals I ran on a freezing afternoon for training.

So I was enthusiastic when Tori invited me on a hike at Horsetooth with her dog Sadiq and our friend Michele who was visiting from northern California. I haven’t been at this county park just west of the city of Fort Collins in well over a year.

Enough time had elapsed that I was pleasantly surprised to learn that the $6 daily parking permit can now be paid by credit card. Kudos to technology; this is so much more convenient than needing to have an exact amount of cash to deposit inside an envelope.

Below are photos from the hike. We walked approximately four miles with lots of elevation gain but nothing particularly lung-imploding steep at the pace we were going.

The temperatures were reasonably warm (40s plus sun) but windy, but the Horsetooth Mountains shielded us from the worst gusts. Sadiq particularly seemed to enjoy putzing along in the snow.

Happy Solstice to all, and may we all enjoy the longer days ahead.