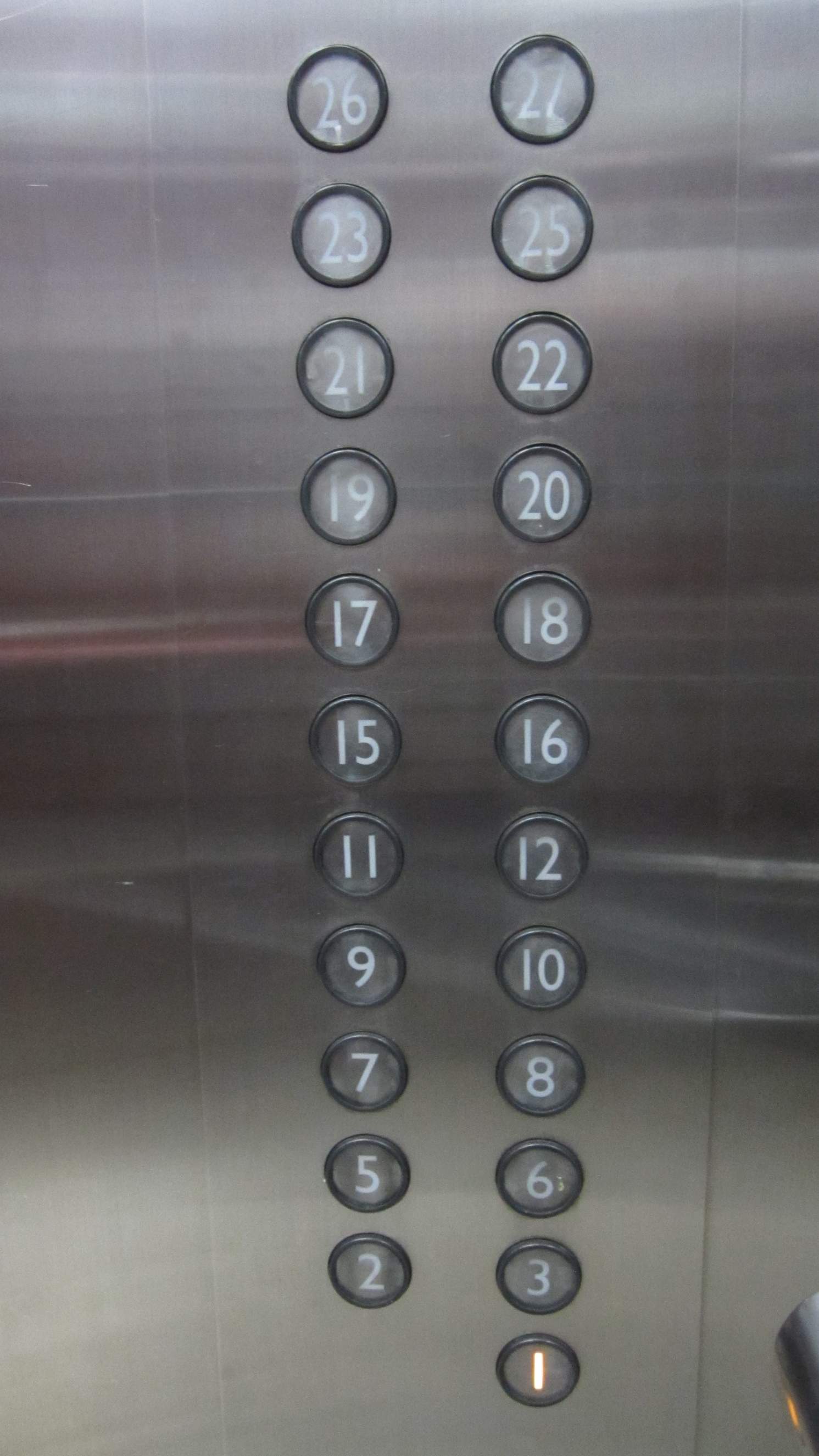 Can you spot what is unusual about these elevator buttons at the Noble Crown Hotel, which we stayed at one night in Wuxi, China?

Hint: Note what floors are missing.

The Chinese are still a fairly superstitious bunch (e.g., feng shui), so this actually isn’t all that uncommon. Here’s an explanation:

Speaking of numbers and luck, eight (Pinyin: bā) is considered a lucky number in Chinese culture because it rhymes with “to prosper” (Pinyin: fā). Hence it is very desirable to have the number eight in one’s license plate. Telephone numbers and license plates with multiple eights in them have sold for ludicrous amounts.