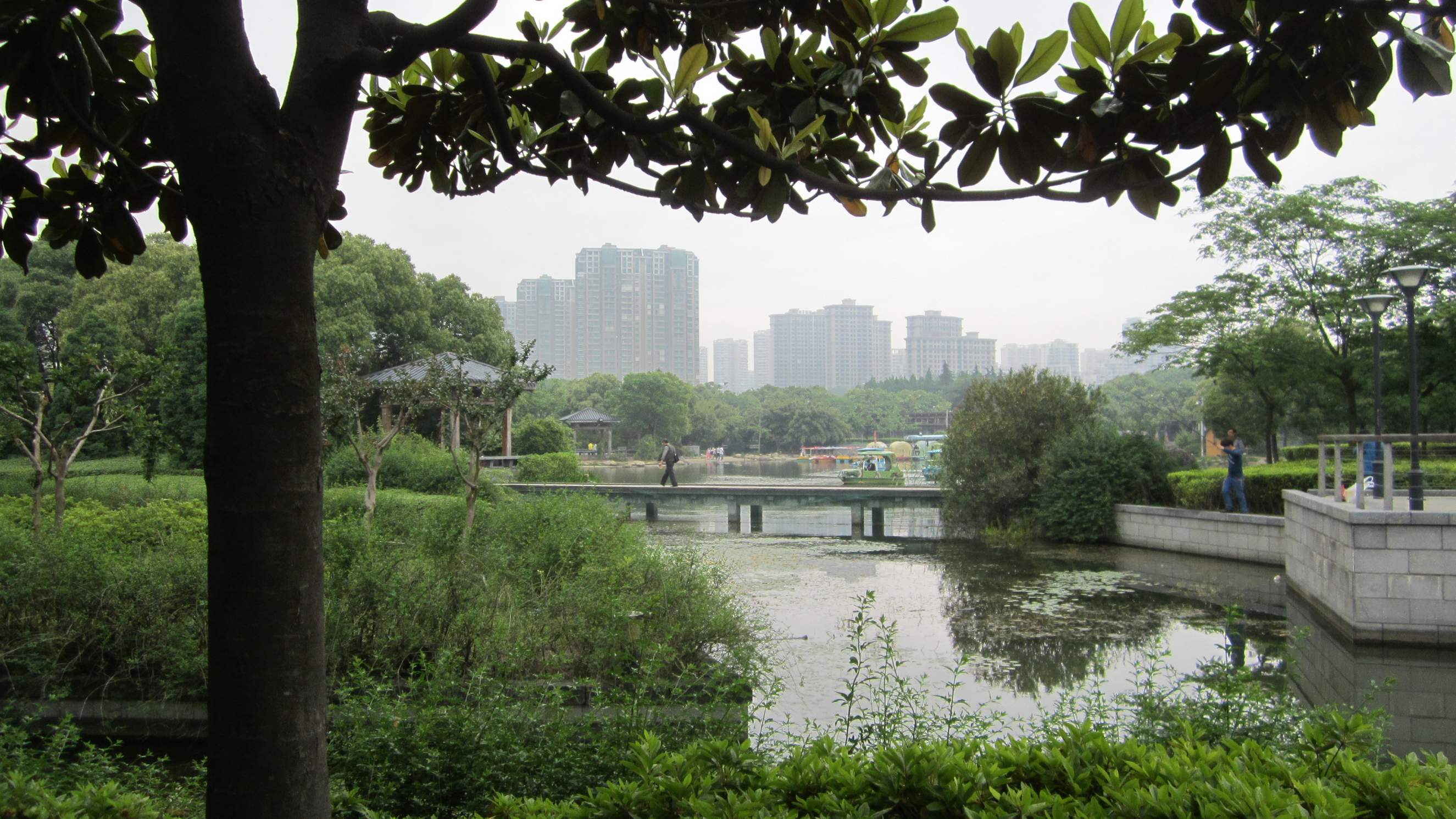 There were only five more minutes before we were supposed to return to the charter bus waiting outside, but there was a slight problem. My folks and I were a bit lost, which is not hard to do in a residence covering 21,000 square meters (226,000 square feet) and has 160 rooms. The Xue Family Garden mansion in Wuxi was the Chinese version of the Biltmore Estate, it seemed, except the Xue mansion wasn’t as imposing on the outside (particularly because it was limited to two stories) but far more exotic on the inside.

Happily, we did ultimately find our way out, so we were not left behind and were able to visit a tea pot factory where there was a show-and-tell of various clay tea pot designs (several of which one could buy if he was willing to shell out a few hundred dollars). We then walked through Lihu Park which abutted the inner bay of Tai Lake.

If this sounded like a pretty packed day, it was, but we were given an opportunity to relax at the end of it by means of a two-hour Chinese massage as recounted in this post. It was strictly optional but of course my folks and I did it.

The next morning we went to a pearl factory, which included a discussion on what makes the most desirable pearls. Apparently, the more spherical a pearl is the more expensive it is. We also were given a couple hours to have the opportunity to blow thousands of dollars on pearl jewelry, but I guess I squandered my chance to do so because I merely took photos instead.

Unfortunately I don’t have any trivia about Wuxi for you, but perhaps Wikipedia does. It did seem like a pleasant enough city of over 6 million people, but it was hard to form an impression when most of our time there was getting lost in an opulent mansion half the size of some small American towns, and getting educated about tea pots and pearls.