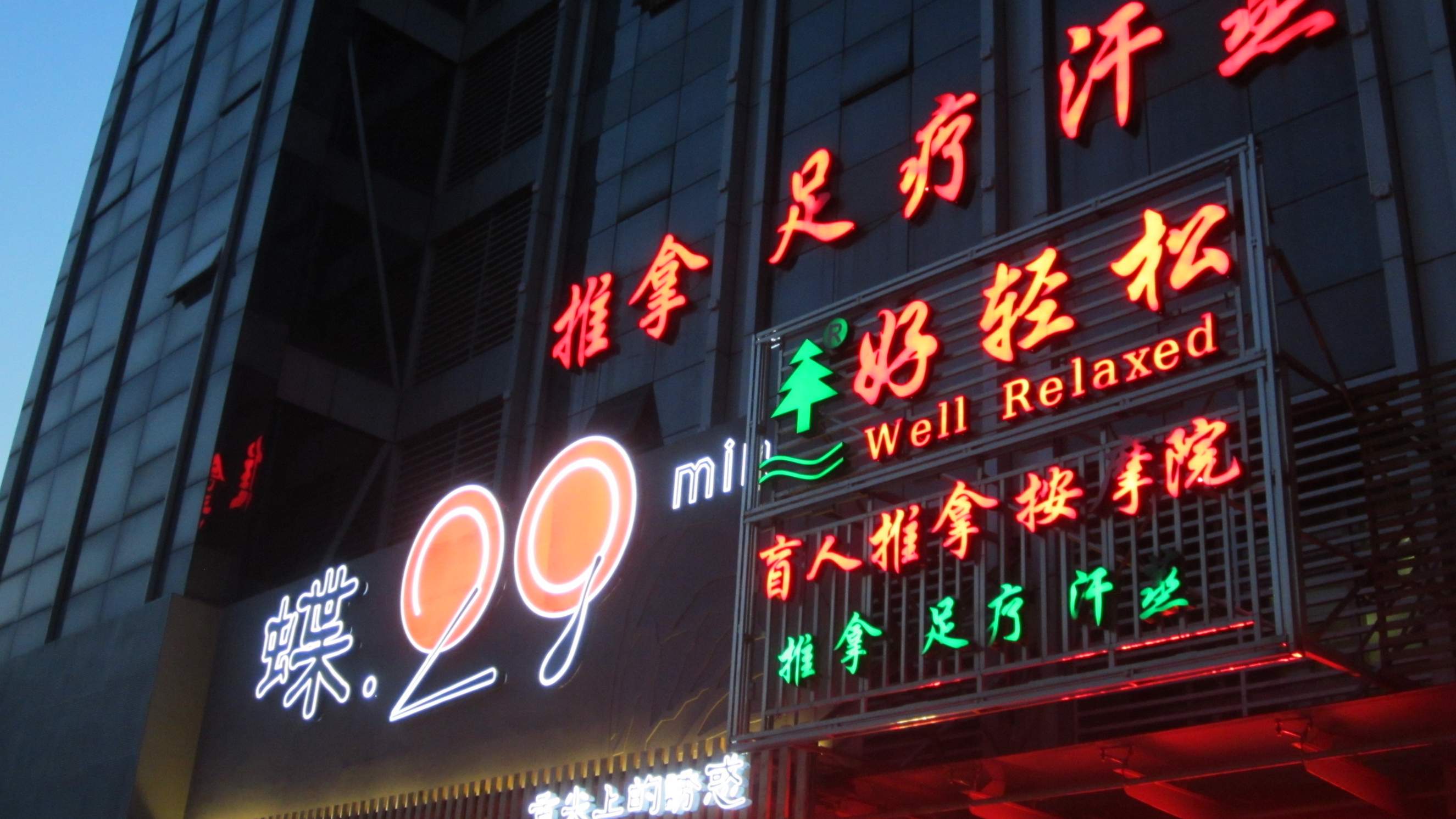 We had just spent a full activity-packed day in Wuxi, and tomorrow, the tour guide warned us, we’d have to hike up 300 steps at the Sun Yat Sen Mausoleum. Why not get a Chinese Massage tonight to help us unwind and prepare for another busy day tomorrow?

I don’t know about you, but I am not one to turn down a massage. This one would be a deal too—just 180 Chinese Yuan, or about US$29, for two hours. Compare that to the typical going rate of $65 for a one hour massage in the United States, at least here in Fort Collins. Of course, this massage would be a quite a bit different.

For one thing, explained the tour guide, the Well Relaxed Massage Center employed “blind people with increased sensitivity in their fingertips”—the best of the best, apparently. Another difference, I’d soon find out, is that massages were performed with all clothes on (except socks and shoes) and in groups, with four people in a room attended to by four massage therapists (one for each person).

In my case, I did not mind as the other three people in the room with me—my mom, dad, and an 85-year-old forever-young woman from our tour group named Laura—could help translate what the massage therapists were saying.

Massages were also performed with us sitting down, not lying down. The first hour was primarily a foot massage.

The second hour was more interesting. By this time, it was obvious that none of our therapists were blind—particularly since two of them kept telling my parents that I was hÄ›n shuái or “very handsome.” (Or maybe that proved they were blind…) But they certainly had very strong hands! As my masseuse moved her fingers up and down my back, neck and spinal column, I felt sharp shooting pains in those regions like I never have during a massage.

I figured “no pain, no gain” here so I didn’t say anything and simply grit my teeth to endure it, but my dad wasn’t bashful about protesting. QÄ«ng (“gentler”), I kept hearing him say.

As it turned out, my dad (who went into the massage with nothing hurting) would have residual pain from this massage for at least the rest of the tour (five more days). He might have regretted getting the massage.

In my case, I had some neck and upper back soreness during the days before the massage, perhaps due to sleeping on the plane in a poor position. But the day after the massage, both my neck and back felt much better, probably helped by my therapist’s handiwork.

My mom reported she felt fine both before and after.

I guess you can say between my parents and me, then, we had mixed results.