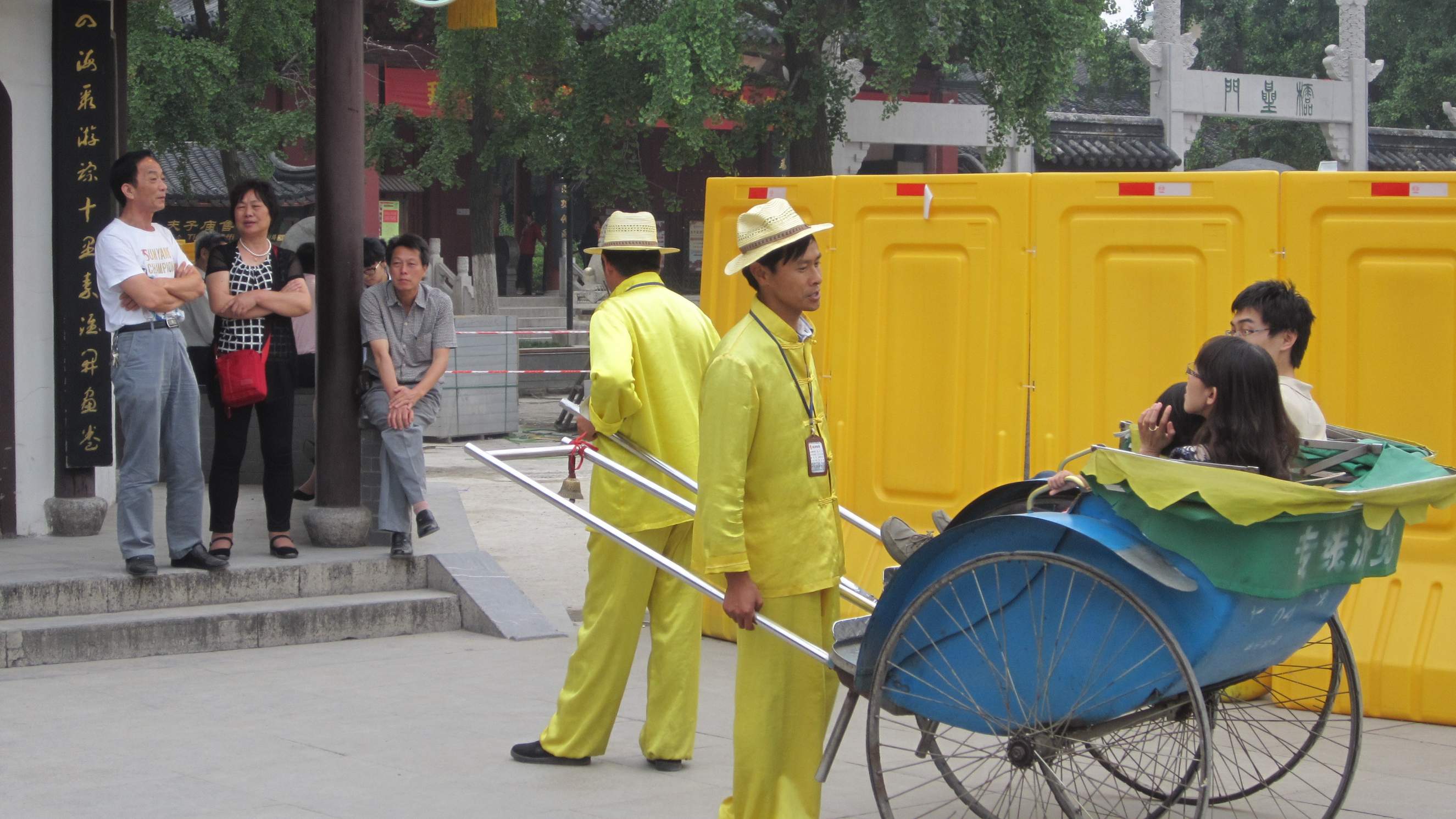 We spent less than 24 hours in Nanjing—an industrial town where Chinese Volkswagens are made—but we still managed to do quite a few things there. Such are the wonders of our organized tour.

First, we went to the Sun Yat-sen Mausoleum. Here a tomb honors the “Father of the Nation,” Dr. Sun Yat-sen. Unfortunately (or fortunately for some of the more feeble of our group), on this particular day climbing the 300 steps to the tomb was not allowed, a precaution taken while Vladimar Putin (among other leaders) were attending the Asian Summit in Shanghai. I enjoyed wandering around the gardens, though, which included many non-indigenous trees.

Next we took a stroll in southern Nanjing City along the banks of the Qinhuai River, and briefly visited the Confucius Temple. This turned out to be the best place of the whole trip for people watching, as there were people of all different ages. I got my first candid shots of locals here, as shown in the photos below.

The next morning we went to visit the Nanjing Yangtze River Bridge. My dad said he always thought this was an ugly bridge—“like the Dumbarton Bridge” of the San Francisco Bay Area—but he was much more impressed by it after the tour guide recounted its history. My mom said she was almost moved to tears after the guide told us how American and Russian experts said it would be impossible to build a bridge in these fast-moving waters, so the Chinese enlisted their know-how along with 100,000 locals (many of whom were volunteers) to design and build it. (He didn’t mention that it was the most common suicide site in the world, however.)

Lastly, we went to a jade factory where many pieces of jade had price tags of six or seven figures for Chinese Yuan. Comparing my photos to those of travel writer Cecil Lee, we went to the same jade factory as he did in 2009. Back then he described it as “the biggest hoax of our China packaged travel.”

Wow! Sound serious right? Was it that bad? I’m sorry but to say “Yes!”, in terms of the way they list their price, and the final deal you will get. It could be as much as 80% discount!! (Could be more. This is only figure that we managed to get…) Is it considered serious? Can I now say that it was the biggest hoax of all? I bet I can…

His post is pretty amusing, but sounds about right.