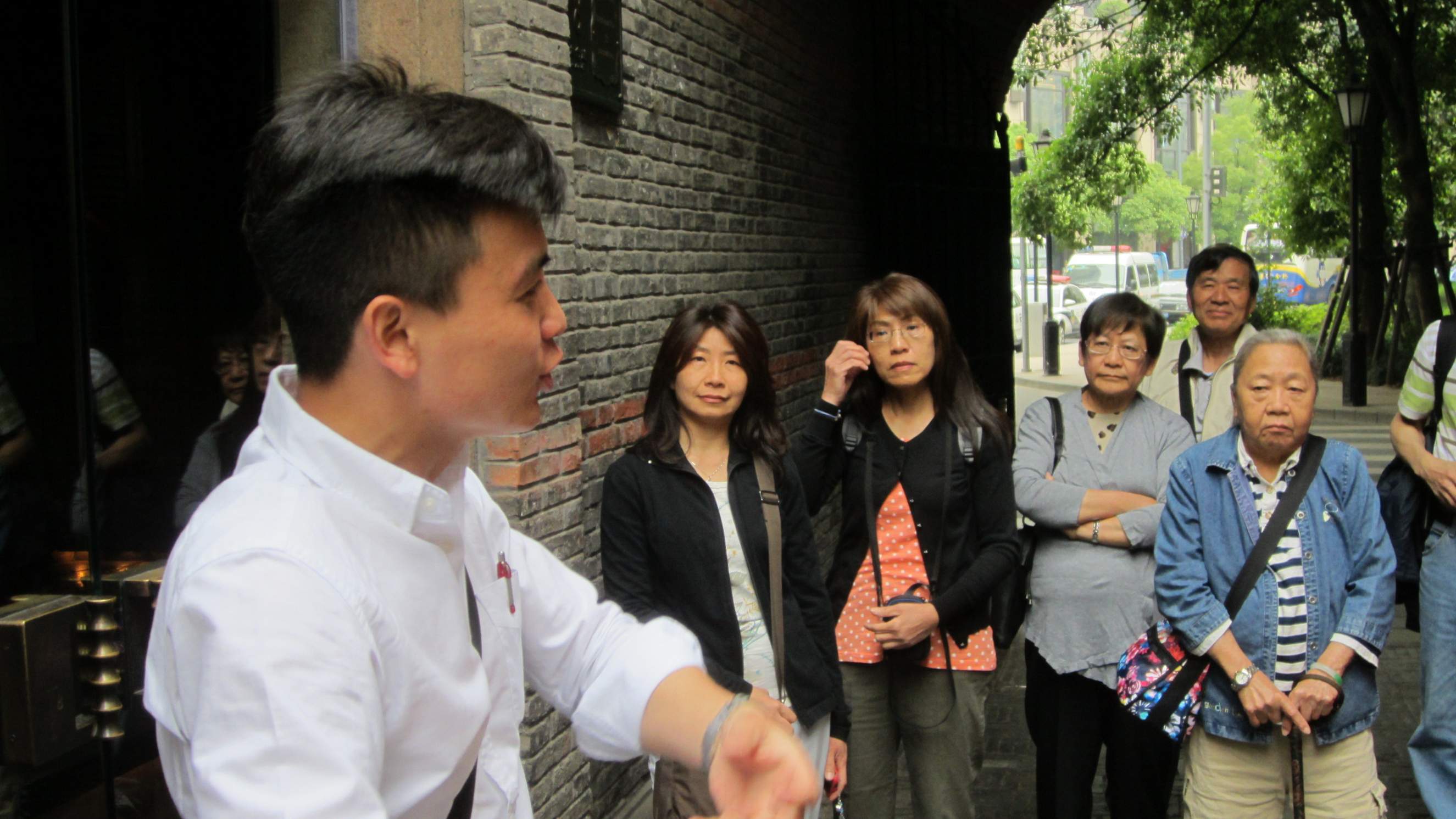 A few years ago, my mom wrote me about a $99, 10-day tour of China that my aunts and uncle had just done. More recently, she and my dad invited me to actually do it ourselves. This trip would hit seven different Chinese cities, include all meals (breakfast, lunch and dinner) and five-star hotels, and provide tour guides and all ground transportation. The only thing not included in the cheaper-than-an-iPod price was airfare to and from Shanghai.

Sound too good to be true? Well, there were a few catches. First of all, it was advertised “for Chinese-Americans and Chinese-Canadians only” (although there were also some Chinese-Australians in our group) and the tour was conducted entirely in Chinese. (Mostly Mandarin, although the many of the tour guides could speak Cantonese as well.) Each day the tour participants would visit one or two shops or factories, which would not only be an educational experience but also afford them the chance to purchase luxury goods like pearls and jade at discounted—but often, still steep—prices. There would be some sales pressure, but not overwhelmingly so.

How could such a tour be possible?

My folks had a couple theories:

I don’t doubt (1), but (2) particularly made sense. Especially when I saw people in our group buy hundreds of dollars worth of painted globes and Longjing tea, and thousands of dollars worth of pearls and jade. Basically, it was a marketing ploy similar to the “free” vacations in the United States given on condition that you attend a two-hour time-share seminar. The difference was the Chinese retailers we visited often provided history and education on how their products were made, and did not give a hard sell or resort to used car salesman tactics favored by their American counterparts.

Whatever the case, this was one of the best vacation deals I have ever seen, especially when considering just one night at any of the hotels we stayed in would have normally cost more than $99. We were particularly fortunate to do this vacation at this time not only because May is probably the most comfortable time of year to visit China, but because our guide mentioned that the price will most likely go up next month due to changes in Chinese regulations.

It was a great trip, one that my mom liked even more than our China tour of 2002. (In my case, I enjoyed the 2002 trip a bit more due to the novelty of going to China the first time and also because it was an English-speaking tour with a few other young Americans. But this was a memorable trip as well and much thanks go to my parents for inviting me to both!)

Numbers below correspond to the day number. Names in bold indicate cities traveled to during the day.

We traveled from May 14-24, 2014. The itinerary below is largely copy-and-pasted from Grand Holiday’s tour voucher but altered to reflect what my folks and I actually did.

The hotels were advertised as “5-star hotels,” but in truth, they were more like 4-star hotels with an occasional 3-star hotel. They all lacked swimming pools and many lacked a fitness room.

Still, they were modern with quality furnishings, clean, very comfortable, and generally excellent. The hotel lobbies in particular were fancier than those typically found in the States. I wish my own home was as luxurious as most of these hotel rooms.