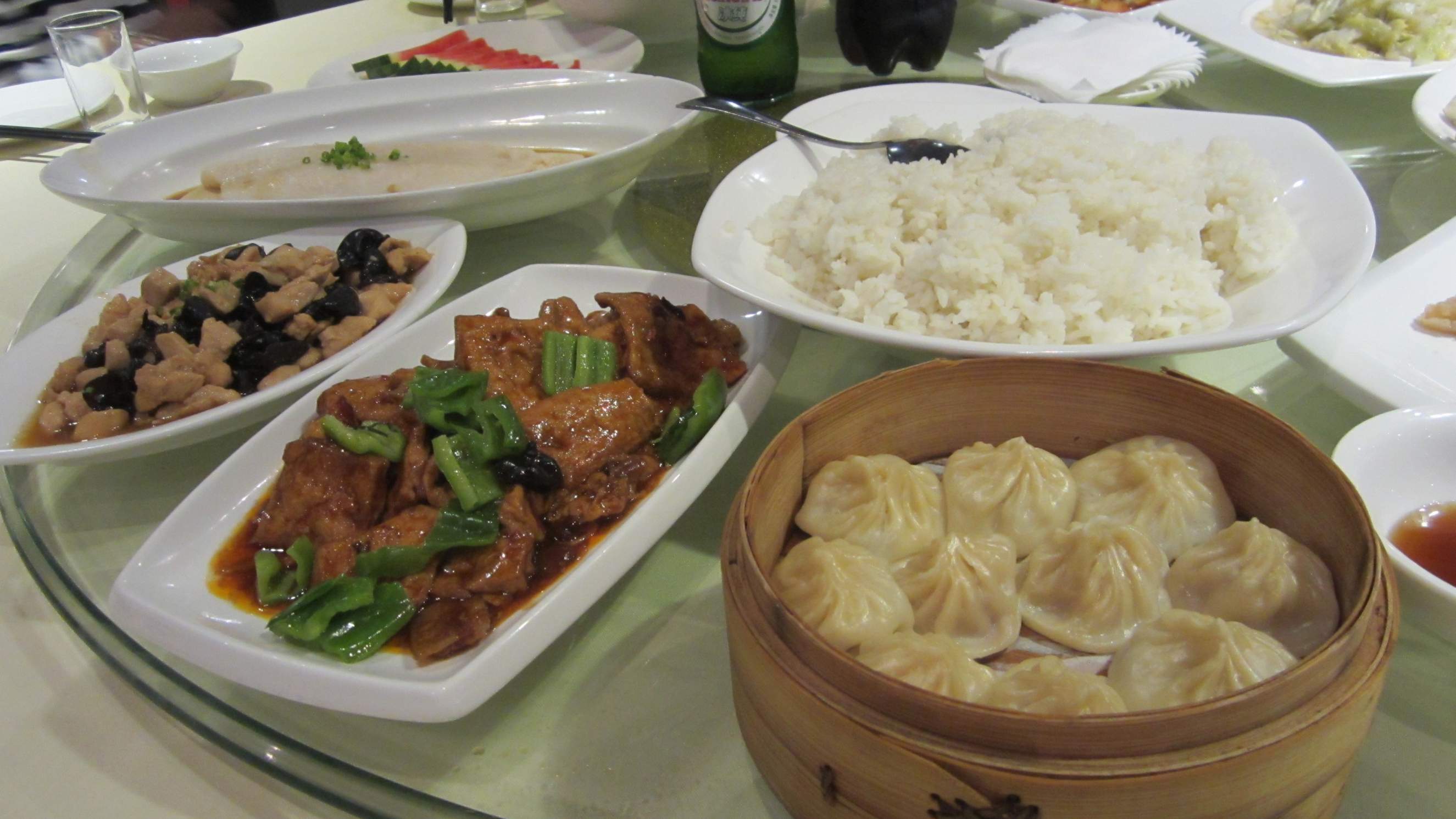 Loren Cordain would approve. Every day in China I was piling on as much meat and vegetables as I possibly could into a small bowl while totally ignoring white rice, the only grain placed on the lazy Susan at every meal. I am a believer in the Colorado State University professor’s no-grain, no-processed food regimen for general health reasons, and the Chinese made abiding by his The Paleo Diet book extremely easy.

The main challenge was to be able to scarf down enough food with chopsticks (utensils so inefficient that I have American friends who use them at all meals to eat less and lose weight) so that I would not lose a scary amount of weight and muscle mass—a problem that has afficted me during previous trips to Asia. To combat the latter, I augmented my Eat As Much As Possible in China regimen with doing 100 pushups a day.

Some other general observations about authentic Chinese cuisine:

When I arrived back in Colorado I weighed 3.4 pounds less than when I left, despite seemingly eating more food in China than my mom and dad had ever seen me eat. This leads me to think that those who are looking to lose weight may do very well on a Chinese food, paleo-like diet.