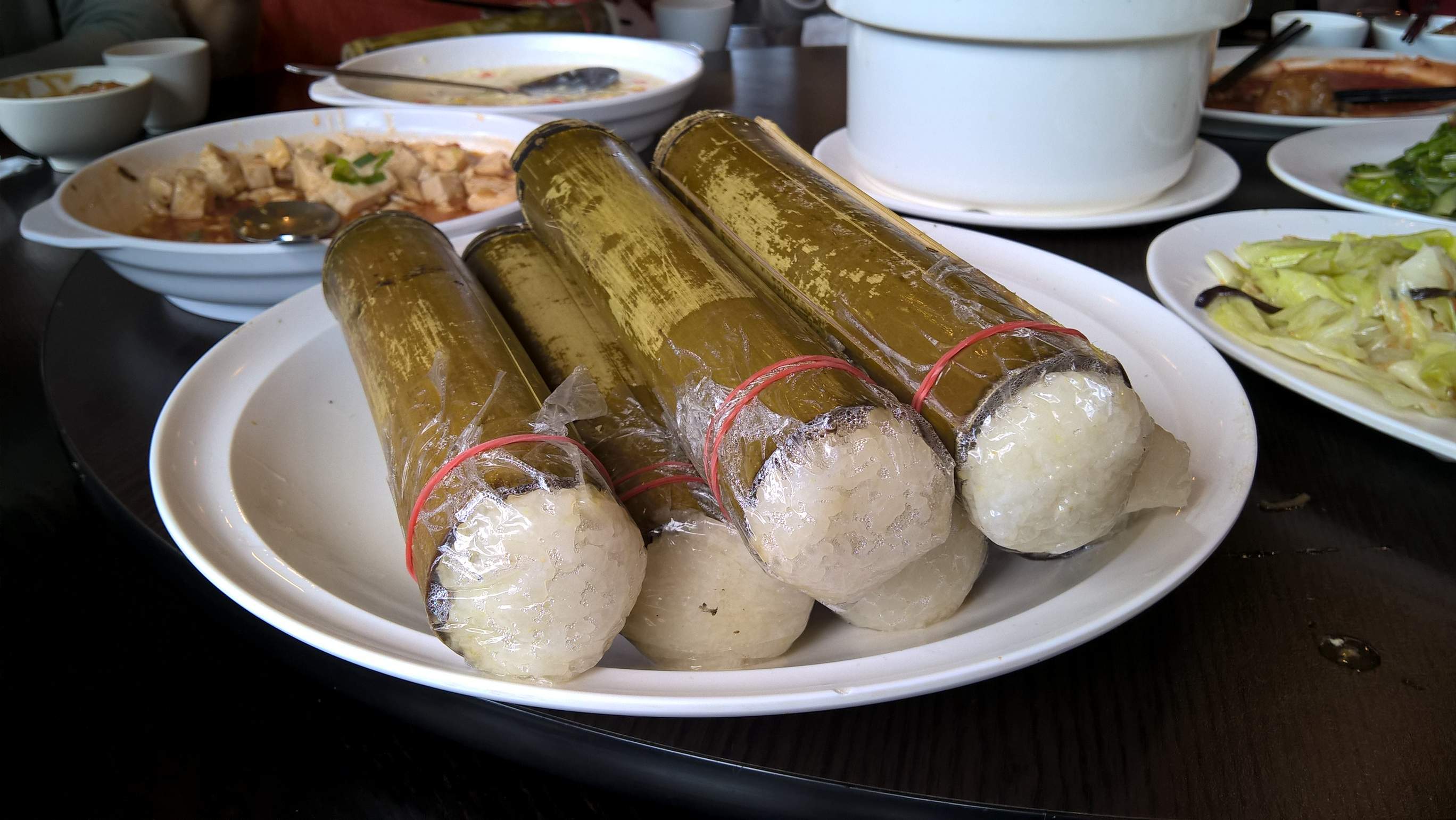 When we arrived in Taiwan, the first thing I wondered was how the food would differ from that of mainland China. Short answer: not very much.

Of course, the Republic of China and the People’s Republic of China have their own specialties. Especially in the latter, there are regional differences between provinces. But both Taiwanese and Chinese food have a lot of overlapping qualities and include lots of vegetables and meats in sauces, soups, dumplings, fish, noodles, and rice. Virtually everything is cooked (not eaten raw).

That said, here are a few things that are distinct to Taiwanese cuisine:

Meals are eaten family style like in China, with numerous courses placed on a revolving Lazy Susan. Everyone uses chopsticks, although in a few places I was at (namely, hotels) forks were available.

Before the three-week China and Taiwan trip, I liked Chinese (and by extension, Taiwanese) food, particularly because of its Paleo-goodness and variety. By the 10th day, however—and this basically includes my entire time in Taiwan—I was much less of a fan. A big reason for this has to do with how meals are traditionally served and eaten.

For example, in virtually all Taiwanese restaurants, we were provided only a small bowl (or two), chopsticks, small glass, and ceramic spoon. If we were lucky, we would also be given a plate the size of a cup saucer. So all food and their sauces ultimately get mixed together in one big, but small quantity, mess in the bowl.

There are so many dishes that the Lazy Susan is necessary. Invariably, someone will turn the rotating tray and inadvertently give someone else less time to fetch food with very inefficient communal chopsticks, or knock over someone’s cup of tea.

The round tables—necessitated by the large turntables—means that there is a Persian Golf-sized distance between you and the people sitting across from you, which often necessitates shouting. I think this is one reason why Chinese restaurants are so loud even though Chinese folks are often stereotyped as being quiet.

I am fairly good with chopsticks but felt it was taking forever to take food from the plates on the turntable and transfer it to my tiny bowl. Moreover, it seemed like I could not take more than two bites of food before it was time to transfer more food from the Lazy Susan. It became a race of how quickly a person could shovel food into his mouth and transfer more food to his bowl, and thus I could never really enjoy the food.

By the end of the trip, I was longing for a large plate that only a few entrées would be piled upon in advance of eating, segregated and unadulterated by other entrées juices and sauces, a la meals eaten in the western world.

Finally, I was tiring of everything being cooked, steamed, and drenched in sauces or oil. Everything was starting to taste the same. I also like eating raw vegetables, something seemingly not available in this type of cuisine.

All that said, if you are not eating Chinese or Taiwanese food in family style every single day like we were, it is much easier to take delight in the eccentricities of local dining and enjoy all the delicacies. Especially the xiaochi.