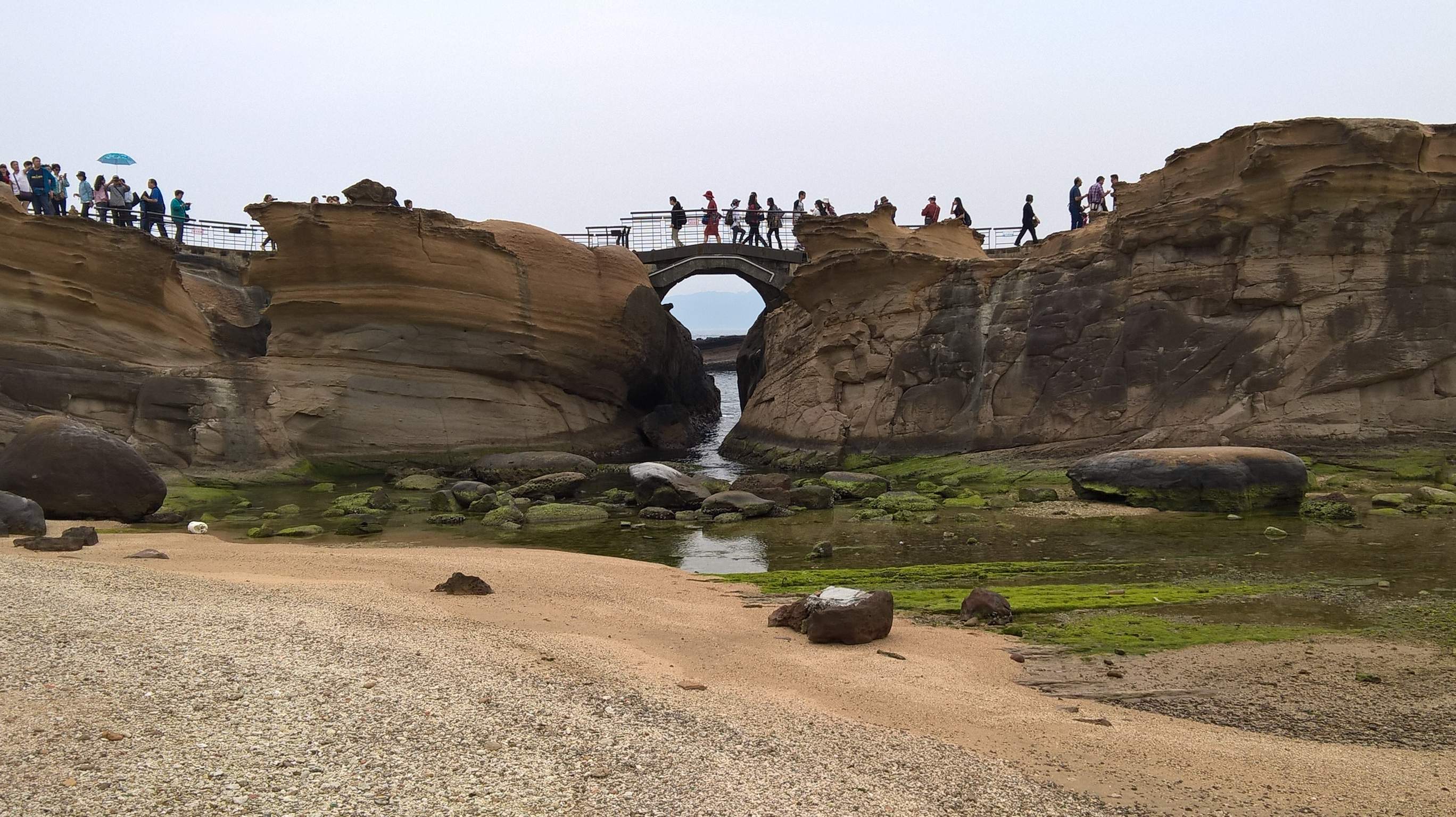 From Hualien County, our tour group took a train to head north along the east coast of Taiwan in order to avoid some dangerous roads in Yilan County. The tour bus then picked us up and dropped us off at the cape of Yehliu in the Wanli District of New Taipei, and after a quick lunch we walked on over to Yehliu Geopark.

The parking lot was full of tour buses and there were hundreds of tourists here checking out some of the more prominent features of the park, including many hoodoo stones. The most famous one is the Queen’s Head which when viewed from the correct angle does look like the soliloquy of, say, Queen Elizabeth. It is so popular that there was a long line for people to take photos with it.

That was ok especially since after I stood in the queue some friendly folks from the Netherlands lined up behind me. One of them was a flight attendant with plenty of airline perks, which she used to invite two guy friends to come along with her. We talked about Amsterdam, and I told them how I was staying at a hotel (the MÃ¶venpick) near the amazing Bibliotheek (the Central Library) and my favorite restaurant, Vapiano’s, that is just above. (“Great food,” the Dutchmen replied.)

After getting my photo with the Queen’s Head, I realized there was still 45 minutes before I needed to meet back at the tour bus. So I set my sights in the distance, hiked towards a tower at the top of a hill, and got away from the crowds.

There were a lot of steps to ascend until reaching a long path that stretched out to the tower. When I reached the tower there was nobody around except for a man, a woman and their infant child.

I used this quiet moment to enjoy the views of the peninsula, the water and the city. It was really nice up here.