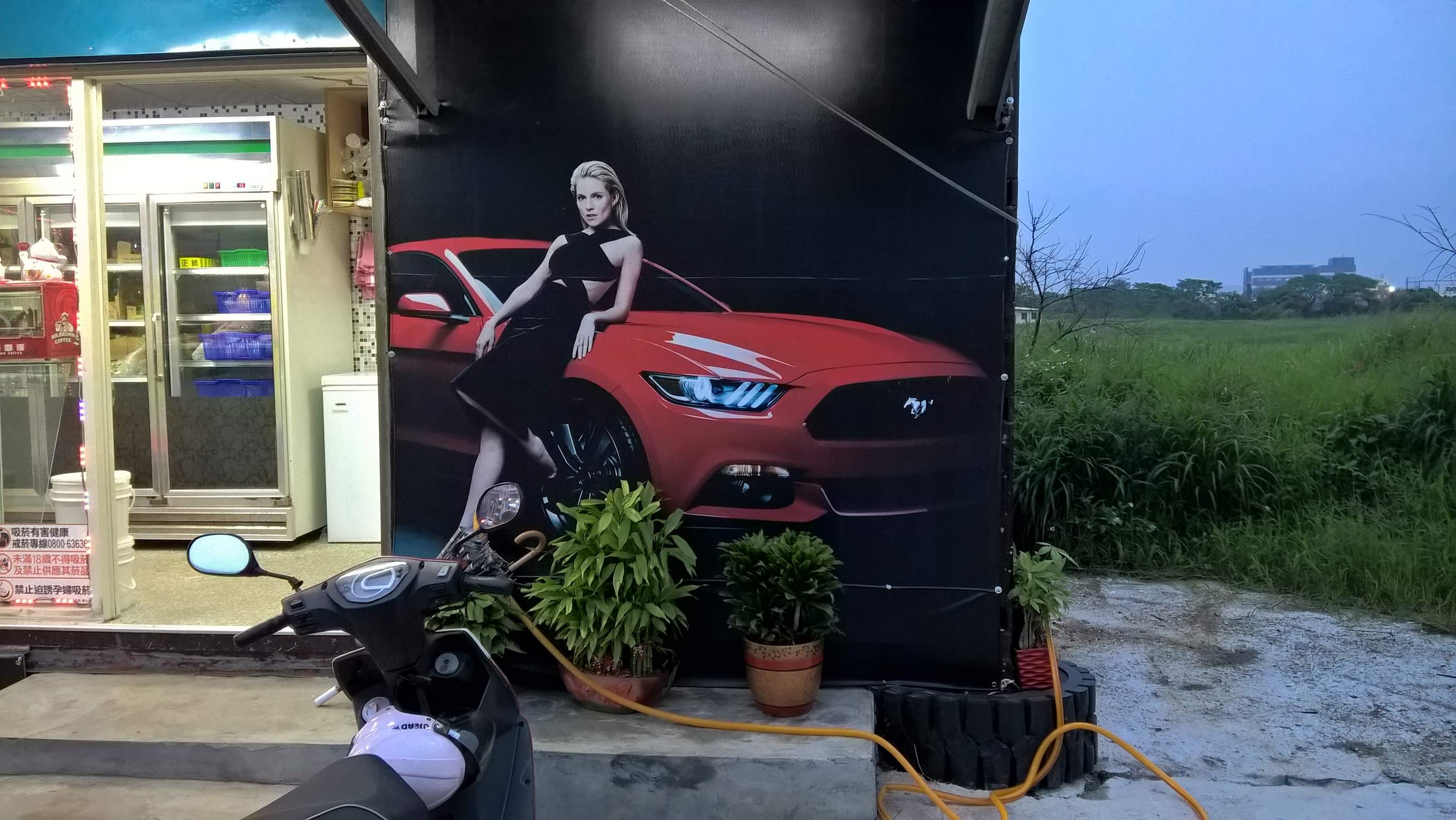 I wasn’t sure what to expect on the car front when I first came to Taiwan. E.g., Taiwan is very close to China and most of the people there are descendants of mainlanders; yet also-nearby Japan had ruled over Taiwan from 1895-1946. So do the Taiwanese drive on the right like China or on the left like Japan (and also nearby Hong Kong)? And how do the cars in Taiwan compare to those in China and the U.S.?

I got some immediate answers when we arrived in Taiwan. Like the people do in fact drive on the right.

But there were pretty noticeable differences between the car landscape in Taiwan and China. For example, Taiwanese—like Americans—drive plenty of used vehicles including many from the 1990s. This is not the case in China, where cars older than 15 years old are prohibited for pollution reasons and most cars seem to be well under 10 years old because (as a tour guide told me two years ago) “Chinese do not buy used cars.”

I also did not spot many vehicles made by Chinese brands. On the contrary, Japanese cars are common. Whereas half of all Chinese won’t even consider buying a Japanese vehicle due to past war crimes, Taiwanese seem to harbor a lot less resentment against Japan even though Japan has occupied Taiwan longer than it has occupied China in modern times.

Two cars I saw in Taiwan that I have not seen in China or the U.S. include the Nissan March subcompact and the Toyota Wind station wagon. The former—a five-door hatchback—is everywhere on the island and it almost looks iconic; the latter is especially popular in taxi fleets.

Taiwan does have its own automobile manufacturers—see this list compiled by Wikipedia—but I didn’t notice any and in terms of worldwide sales I would guess they are on a lower tier than Chinese cars. They are certainly not on the level of, say, Korean cars. In fact the only Taiwanese car I saw on the trip was a brown Luxgen SUV in China.

Like China, there aren’t a whole lot of pickup trucks or semi-trailers, but there are a lot of motorbikes!

Thank you, Jon! I've noted it in the caption now. ↩ Reply