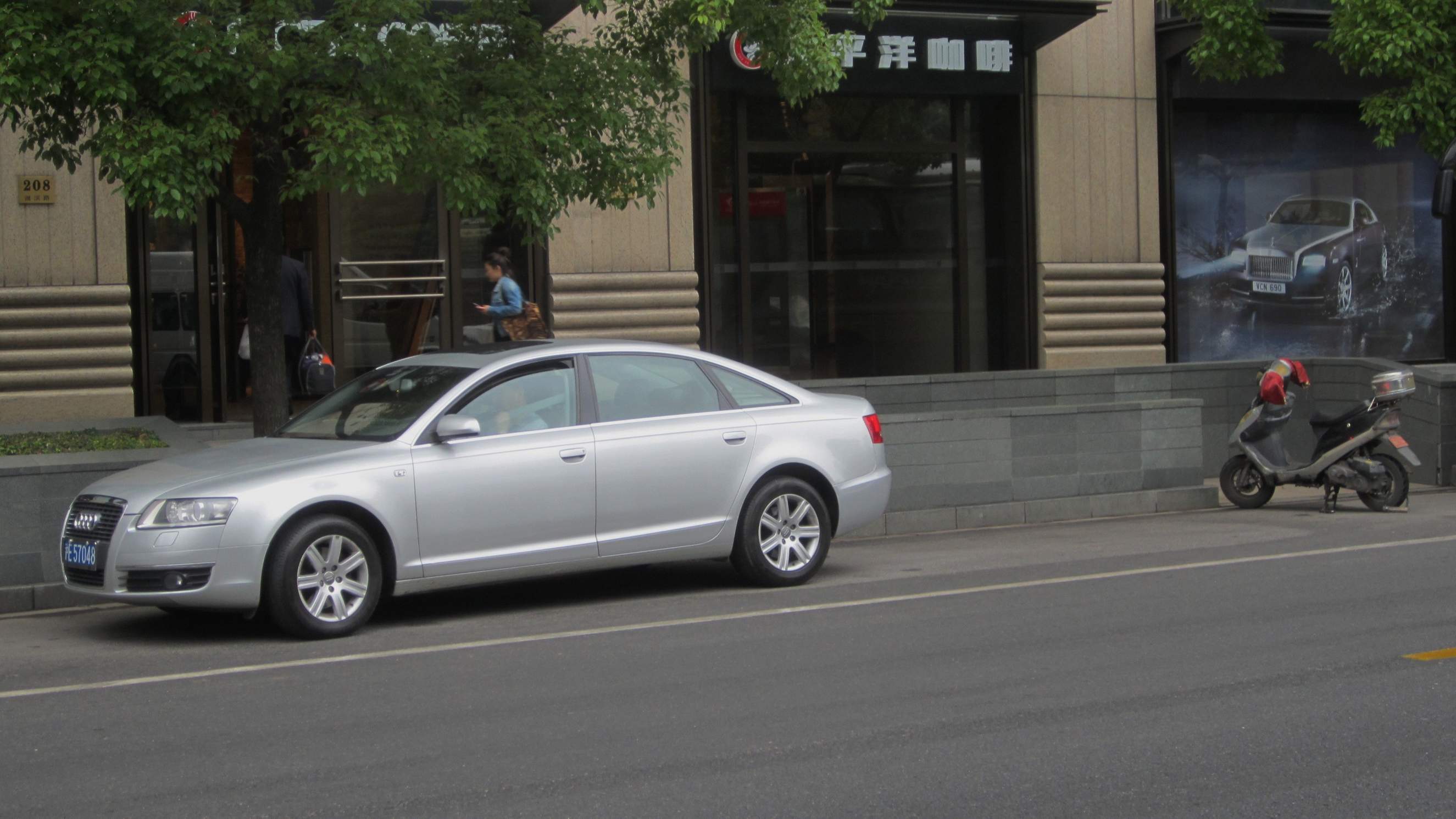 When visiting China in 2002, it was intriguing to see what cars were gracing the roads. Here was a country where Buick—a marque largely unloved in its native country of USA by everyone except for balding, grey-haired septuagenarians who had a habit of poking along the boulevards at five miles per hour below the posted speed limits—were consumed en masse by affluent Chinese who exhibit great pride of ownership. Volkswagen Passats and Audi A6s were just as abundant, and by-and-large, autoobiles were compact or midsize sedans with four doors manufactured by Japanese, American, and German manufacturers. There was a striking dearth of two-door coupes or sports cars. In fact, I only saw one during that entire 14-day trip: a rare (even for the States) 1990s Porsche 968.

How times have changed since then.

Elegant Buicks, VWs and Audis still command a great presence in the eastern regions of this country. Cars made by foreign manufacturers are still favored by the locals over homegrown brands such as BYD, Roewe or Geely. But during this trip of 2014, I noticed not only a good number of crossover SUVs and hatchbacks, but many two-door cars as well! They included Audi A5 and TT coupes, BMW 3- and 6-series, several Ferraris, Ford Focuses and a Mustang, a Mazda Miata, Mercedes E-Class Coupes and SLKs, Mini Coopers, Porsche 911s, Snart ForTwos, a Subaru BRZ, and Volkswagen Beetles.

Below is a list of the manufacturers I saw listed by prevalence. It is by no means a scientific measure but a general impression from my 8-day trip in eastern China. In particular, it is very possible that Volkswagen and Toyota should be higher on my list.

There was even a McLaren dealership in Hangzhou. It was very close to the Ferrari and Maserati dealership.

The sight of MGs brought mixed emotions. Chinese manufacturer Nanjing Automotive purchased MG from a British consortium in 2005, and immediately touted plans to rebrand “Morris Garages” as the car for “Modern Gentlemen” and start manufacturing MG sports cars in Oklahoma. That, sadly, never materialized. Instead, the famous octagon of the “sports car America loved first” has been plastered on ugly five-door hatchbacks originally of Rover design, much as they have been ever since the MGB went out of production in 1980 and the marque has been debased with such disgraces as the MG Metro. And it never has made it stateside.

I can only hope that the Chinese do something great with the brand and that within another dozen years, MG will actually be a car people would be proud to own. Bringing out new, back-to-basics affordable two-seat roadsters would be an excellent start.

Shortly after returning to the States from China, I saw an article on Autoblog about how half of Chinese car buyers won’t shop Japanese brands due to past war crimes. No wonder I didn’t see nearly as many Toyotas as I would have expected.

Riding in the charter bus, I was struck at how many traffic cameras were snapping photos above all the major roads. Many times our driver would slow down for them, leading me to suspect they were speed cameras. But unlike in the U.S. where they only flash when someone is running a red light or going way over the speed limit, these cameras were flashing for every single car. Were the Chinese tracking the movement of every vehicle for security reasons? I haven’t found more information on this yet.

Some Chinese cities have started auctioning license plates. In Shanghai, for example, license plates can cost almost $15,000, or more than many new cars. Beijing also has a restrictive lottery system for new vehicle registrations in order to help curb air pollution.

China also heavily incentivizes the use of electric vehicles. For example, many electric cars are exempt from Shanghai’s license plate auctioning system.

Most Chinese buy new cars. Apparently in this status-conscious country, there is a stigma against buying used cars and 81% of all annual car sales are brand new (compared to only 27% in the U.S.) No wonder each time I went to China, I saw almost no cars older than five years old. This is changing though and the used car market is quickly growing as Chinese realize that there are many quality second-hand cars available that cost way less than new ones.

Roads (at least in eastern China, where I was at) appeared to be the best-maintained in the world. Also the best landscaped—virtually all of them had miles and miles of manicured bushes lining their medians.