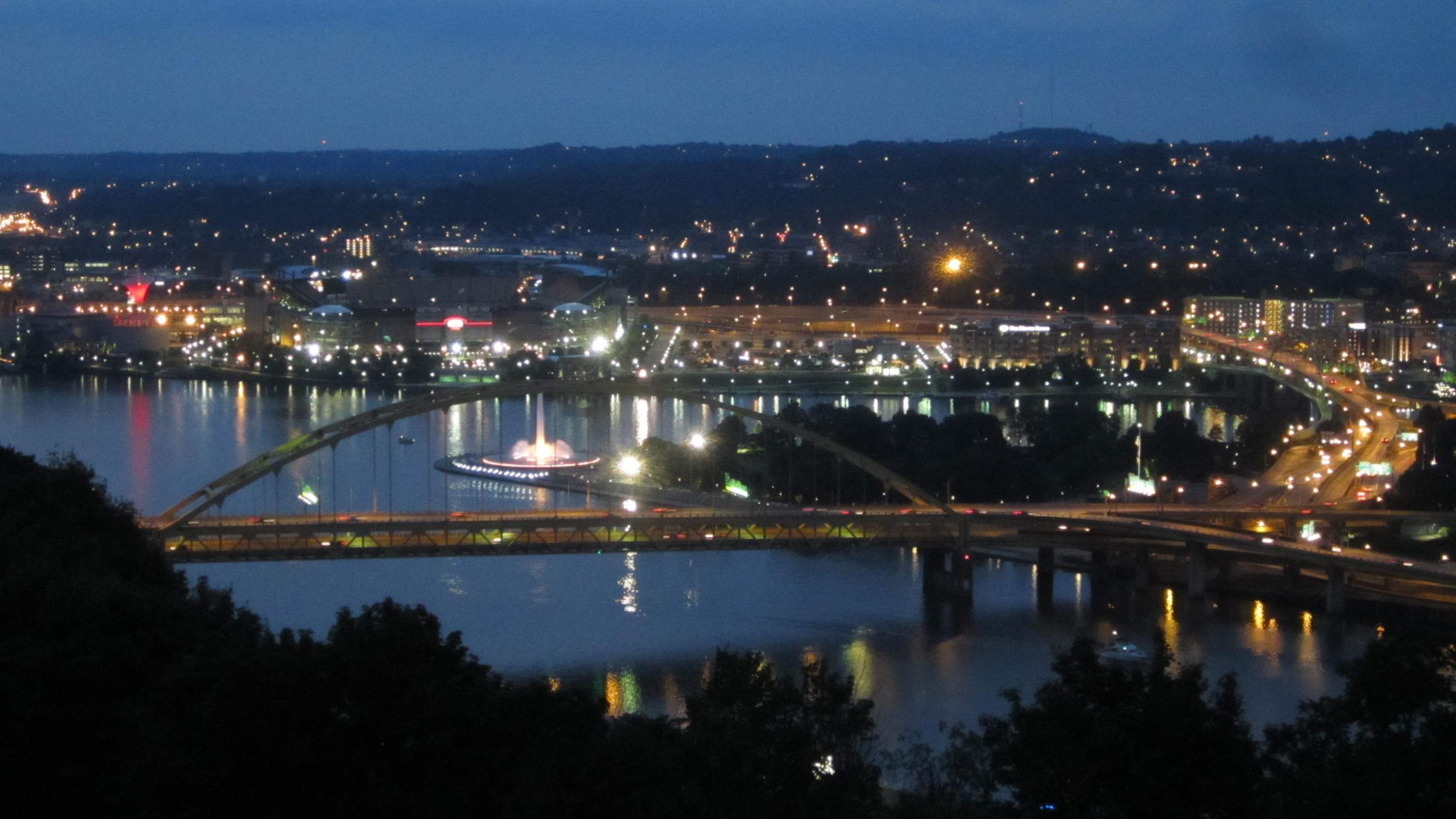 “Pittsburgh,” I was telling some friends, “is one of the most underrated cities.”

Indeed, Pittsburgh was one of my favorite large cities in the U.S., a place I had been to almost a half-dozen times but have not returned to in 12 or 13 years. That was almost a different era: not having a digital camera (and maybe not a cell phone) back then, I don’t have too many photos from that time, and what I do have are all in low resolution. My friends who had lived there back then have long dispersed to other parts of the world, and there hadn’t been good reason to go back. Until now.

My former rock climbing buddy Kristina lives there now—having moved there seven or so years ago to become a professor at Carnegie Mellon University—and she invited me to her and Juergen’s wedding. Happily, our friend Sarah—who still lives in the Bay Area—was coming over for it too, so I got to visit with her as well.

These are the places or events I got to go to during my four days there:

Traffic notwithstanding (which is kind of a disaster there now), it was a great trip, one that confirmed the City of 446 Bridges’ place as one of my favorite cities in the world.