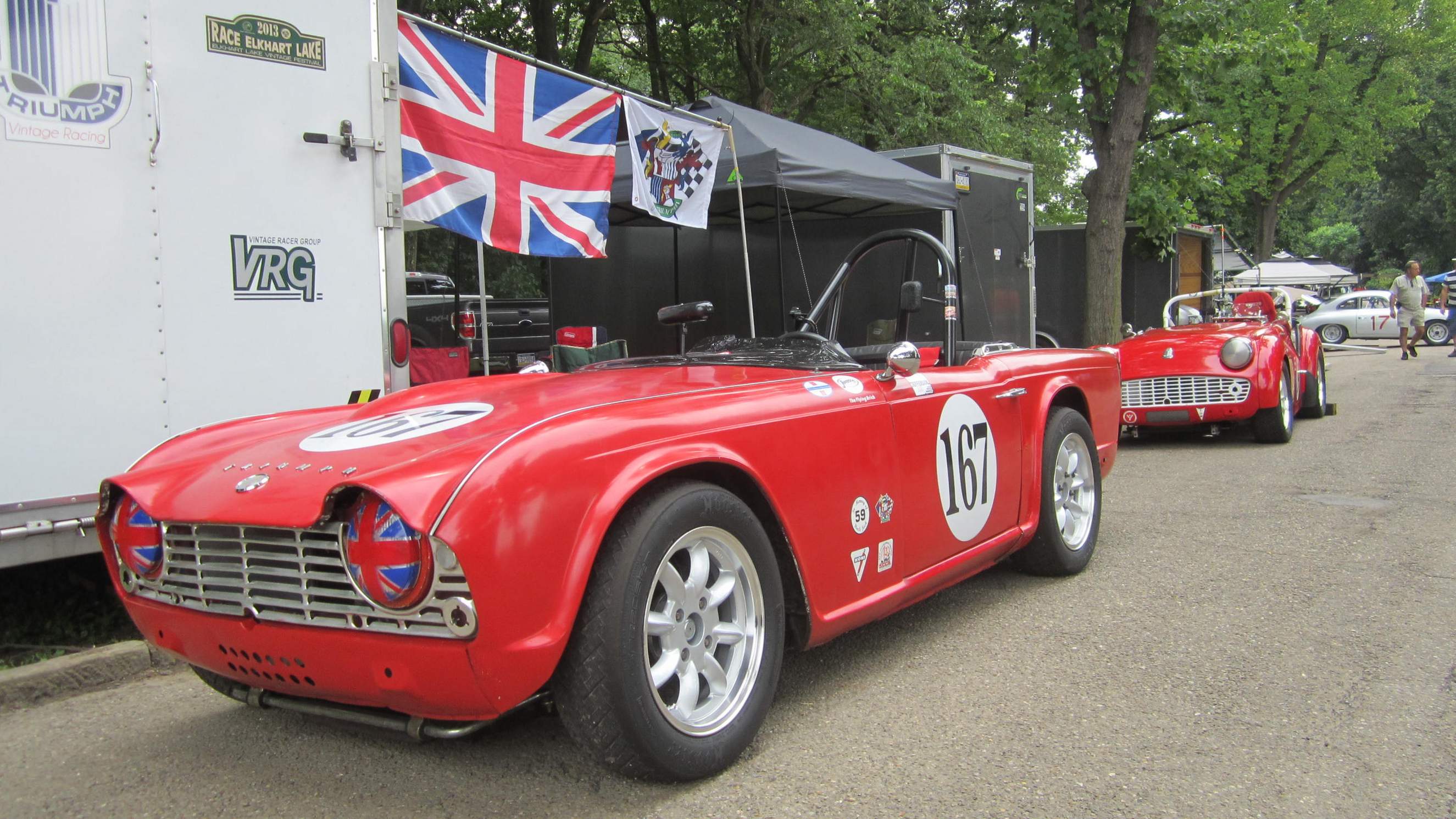 I was going for a stroll in Pittsburgh’s Schenley Park when a bright yellow vintage sports car caught my eye. Make that three of them.

Naturally, I gravitated towards them and quickly realized that there were more of them—hundreds—staged around the park. A few minutes later, I learned that they were going to race in the Pittsburgh Vintage Grand Prix—the largest vintage sports car race in the United States. What luck!

When I was frequenting Pittsburgh from 1999-2001, it seemed like I would miss this race by a weekend or two. It was kind of a pity, especially since that was when I was really into vintage British sports cars, the type that dominated this event. So it was a really pleasant surprise to come across the event and I spent almost two hours looking at the cars and taking the photos below.

It would not be the last time I’d see the cars. The next day I was at Kristina and Juergen’s wedding, which just so happened to be held at the Phipps Conservatory inside Schenley Park. The race course just so happened to go right by the conservatory. We could hear the exhaust burbles of the cars doing qualifying laps around the park, in the rain no less. It was raining all day. Most of the cars did not have tops so it made for a rather damp, exciting adventure for the drivers, I imagine. At least for me, it was quite a spectacle.

If one of the cars was to overshoot a corner, it could have flipped over a barrier right outside the wedding. Happily, this did not happen.

I’d actually say this was a most fantastic place to hold a wedding.