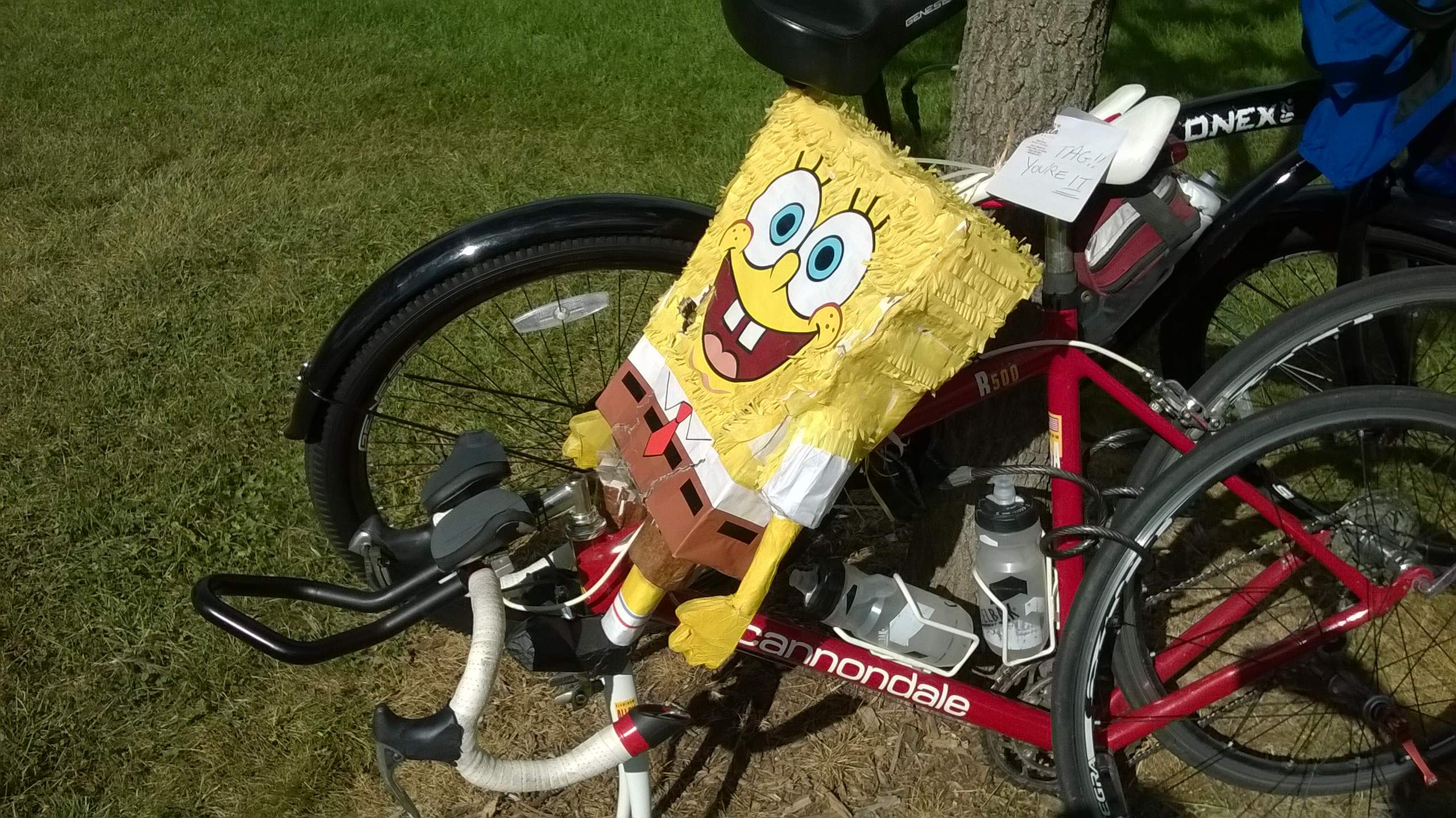 I had biked over to Rolland Moore Park for the annual Fort Collins Running Club Annual Picnic, and after a morning of running, eating and socializing, I was ready to ride back home. Apparently, however, sometime during the two hours I had left my red Cannondale tethered to a tree, she had a visitor. No, make that an unexpected guest, one who also wanted a ride.

“Agghh, Bob Esponja!” I exclaimed. Never mind why I have a habit of referring to SpongeBob SquarePants in his Spanish name. I thought I was rid of him since last being surprised by him six months ago.

“Alene, do you know something about this?” I called out to my friend who was the last one who was visited by the formally dressed yellow rectangle. I didn’t have to yell out too loudly, because Alene was conveniently only a few feet away.

“He’s the latest member of the FCRC,” she later quipped. “The FCRC will help him become more well-rounded…”

Thankfully I didn’t need to ride home with this abomination hanging onto to the handlebars, as Joanne—a mutual friend of Alene and me and also a resident of the adjacent neighborhood to mine—kindly offered to take him home. So then I promptly forgot about him until the next morning, when I had just about finished mowing the front lawn and turned around to see this:

It was quite startling, I’ll tell you.

So now it seems that SpongeBob has come to couch surf at my house. At least Tiger seemed entertained.

No word about whether Alene is missing her yellow friend right now. Then again, maybe she isn’t because I heard that shortly after I got back from my China vacation in May, a smaller, softer Chinese SpongeBob came to give her a visit.

Anyone know how to say SpongeBob Jr. in Mandarin?