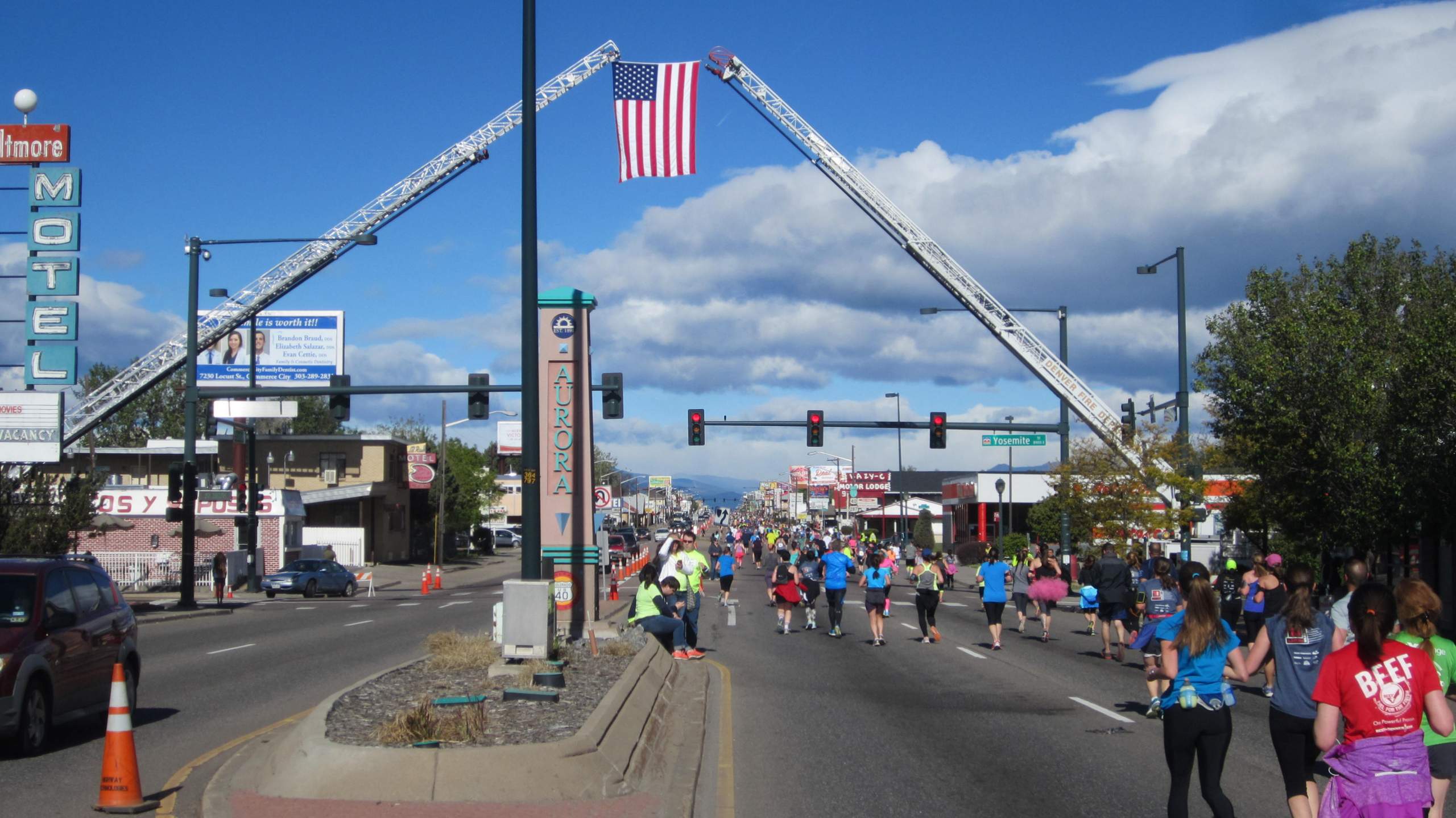 I have not been running much this year, and as the short races I did run proved, my speed had languished as much as a PC’s whose hard drive had filled to 99% capacity. The day before I also biked 250 miles, finishing just before 10:00 p.m. and slipping into bed after midnight.

Which begs the question: Why in the world would I wake up at 4:30 a.m. to drive over to, and run, Denver’s Colfax Half Marathon?

There were actually three reasons. One was Maureen wanted to run the race, just as she had done last year as her very first half marathon. While we have participated in many of the same races prior, we never actually ran together due to the disparity in our speeds. This event would present an opportunity to do so since with fatigued quads, hamstrings and glutes, I would be naturally running at a pace more similar to hers. I figured it actually would be a challenge to keep up with her, especially for the non-trivial distance.

Second, race entry fees would be covered by the Colorado Beef Council, as I had signed up to represent them for a few races this year. The reimbursement would be given in exchange for wearing Team Beef shirts at races such as the Colfax Half Marathon, providing valuable advertising for one of America’s favorite protein-packed meats and give the Chick-Fil-A cow fits, as he wouldd rather you be eating chicken.

A third reason was an intriguing race course. The first miles wended through Denver’s largest urban park—including parts of the Denver Zoo—before traversing the neighborhood that Maureen grew up in. The second half went proceeded down Colfax Avenue—which was once dubbed the “longest, wickedest street in America” by a famous adult-themed men’s magazine—partly through north Aurora before heading back into Denver and City Park.

The race course turned out to be even better than it was hyped up to be. There were lots of wild animals to admire in the zoo, and I was glad I was not racing and could stop and admire the kangaroos, leopards, flamingos and elephants who were nonchalantly moseying around and probably wondering what those wacky human beings were running from.

Maureen also pointed out her old high school, church, and other notable landmarks including the Denver Museum of Nature & Science and Johnson & Wales University, famous for its world-class culinary program that trained celebrity chef Emeril Lagasse.

We ran through a fire station in Aurora and much to the squeals of delight of the females, there was at least one buff, shirtless fireman to greet them a mile later. Police officers also lined the course to return runners’ salutes, although all of them were fully clothed.

Our friends Ellen and Terry were riding bicycles in the last couple miles to say hello and take photos. We then ran through a long finishing chute. Once we crossed the finish line we were rewarded with one of the fanciest race medals I have ever received. There was also a near-smorgasbord of good food, such as fruit, smoothies, and barbecued beef, which were much appreciated by legs even though they were not nearly as sore and tired as I imagined they would be before the race.

Speaking of meat, another benefit of wearing our bright red Team Beef shirts was that there were so many spectators explicitly cheering for us. “Go Team Beef!” was a soon to become familiar refrain. We replied to these exhortations with a thumbs up or a wave.