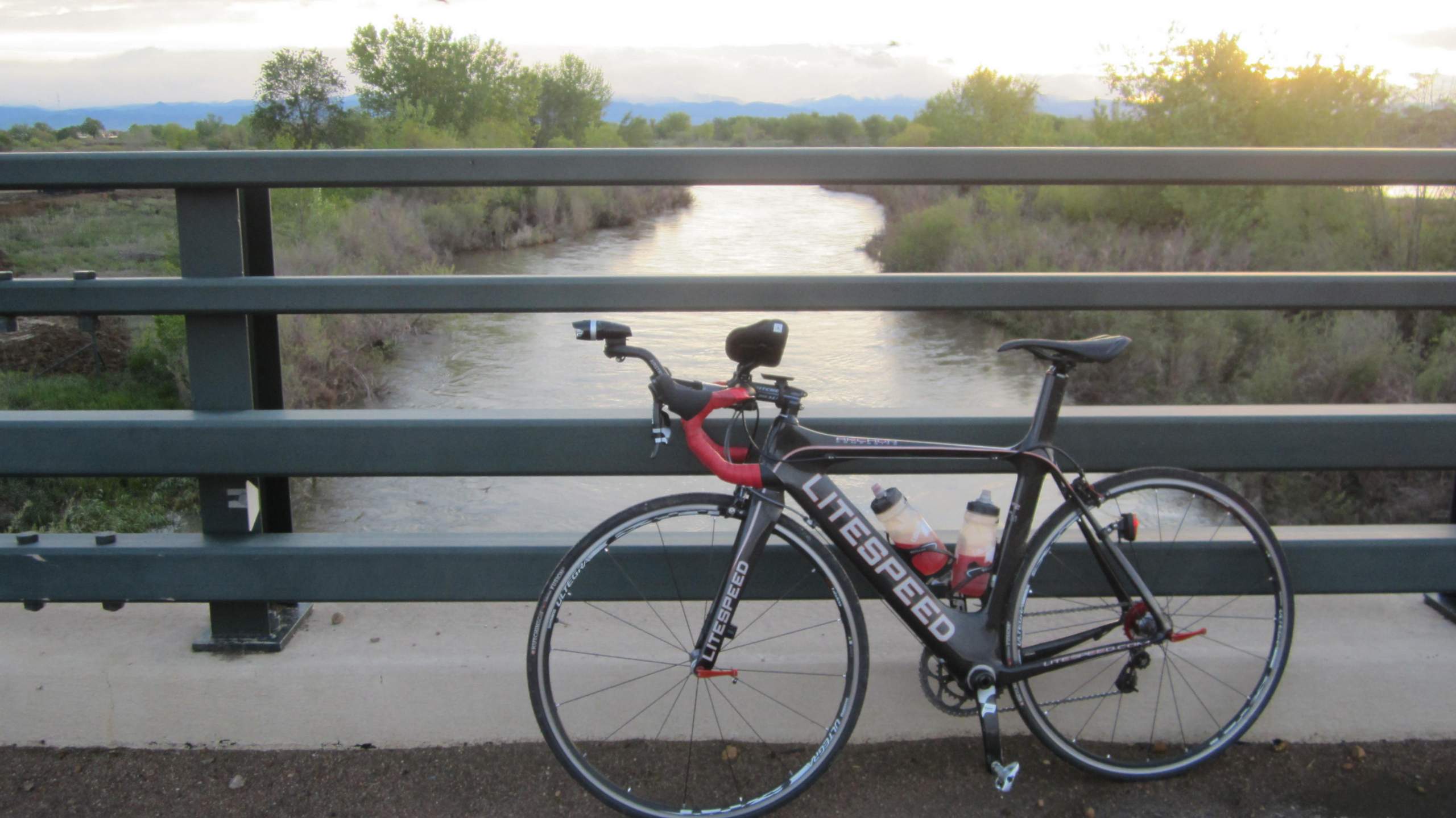 In the report for my last brevet, I wrote how I hoped to stop less in this one.

It was a bit discouraging, then, when the smart phone I mounted two days before jarred loose from its homemade mount after only two miles and I had to stop. In the dark I spent about 10-15 minutes trying to secure it with packaging tape, made difficult because in the effort to save a mere 40 grams I had left the tape holder/cutter that it came with at home and spent the majority of that time trying to find the start of the tape. A couple miles later, I had to stop again to tighten the mount for the headlight that kept flopping down every time the front tire hit a bump. Shortly thereafter, I disembarked from the bicycle once again, this time to shed some clothes.

For a little while I was dead last on the course, until I caught up to another cyclist who got a late start. Then in Masonville I encountered a woman named Lori who had trouble finding the route sheet that she stashed in her pocket after it flew off her handlebars. After helping her find it and giving her a binder clip (“there is no way it will fly off with this,” I assured her), I was on my way to the checkpoint at Vern’s, where I caught up to a couple others.

Then came the long slog up the Poudre Canyon to Rustic. I was feeling decent, but aside from passing a tandem and a pack of three other riders, I was still way behind most of the cyclists who started the same time as me at approximately 4:05 in the morning. On the way out of the Poudre Canyon on the way to Livermore, I only caught one more cyclist after nearly three hours of riding.

Then it got windy and started to rain. By this time, I had given up all hope in catching the main pack and just resigned to riding my own pace.

I even stopped to attend to a rider named Doug on the road who was having some flat tire issues. “I fixed the flat, but now I have no more tubes,” he said, explaining that he already got two flats already. “Here, take my tube,” I told him, handing him the only tube I had in my possession. “I’m riding tubeless tires [with sealant], so I most likely won’t need it,” I continued.

About an hour later I reached the penultimate checkpoint (Mile 195) in Firestone, where I encountered a surprise: lots of cyclists were here. It took 193 miles but I had finally caught up to most of the bikers I started with.

I even got a jump on them out of the checkpoint and rode solo for the next 45 miles until about an hour after darkness set in, when a 600km brevet rider caught me as I was making a wrong turn at an intersection. We rode the last two miles of the 400km route together, after which I was done and bode him good luck as he continued on towards Kersey. It was just before 10:00 p.m.

My legs were more tired than during the 200km brevet from a few weeks ago. Yet they definitely weren’t yet cooked, which was good because I had a half-marathon in Denver to run with Maureen the next morning.

I checked into a hotel in Westminster, nearly instantly falling asleep after taking a quick shower. This turned out to be a decent ride, even if once again I felt like I had been stopping too much.