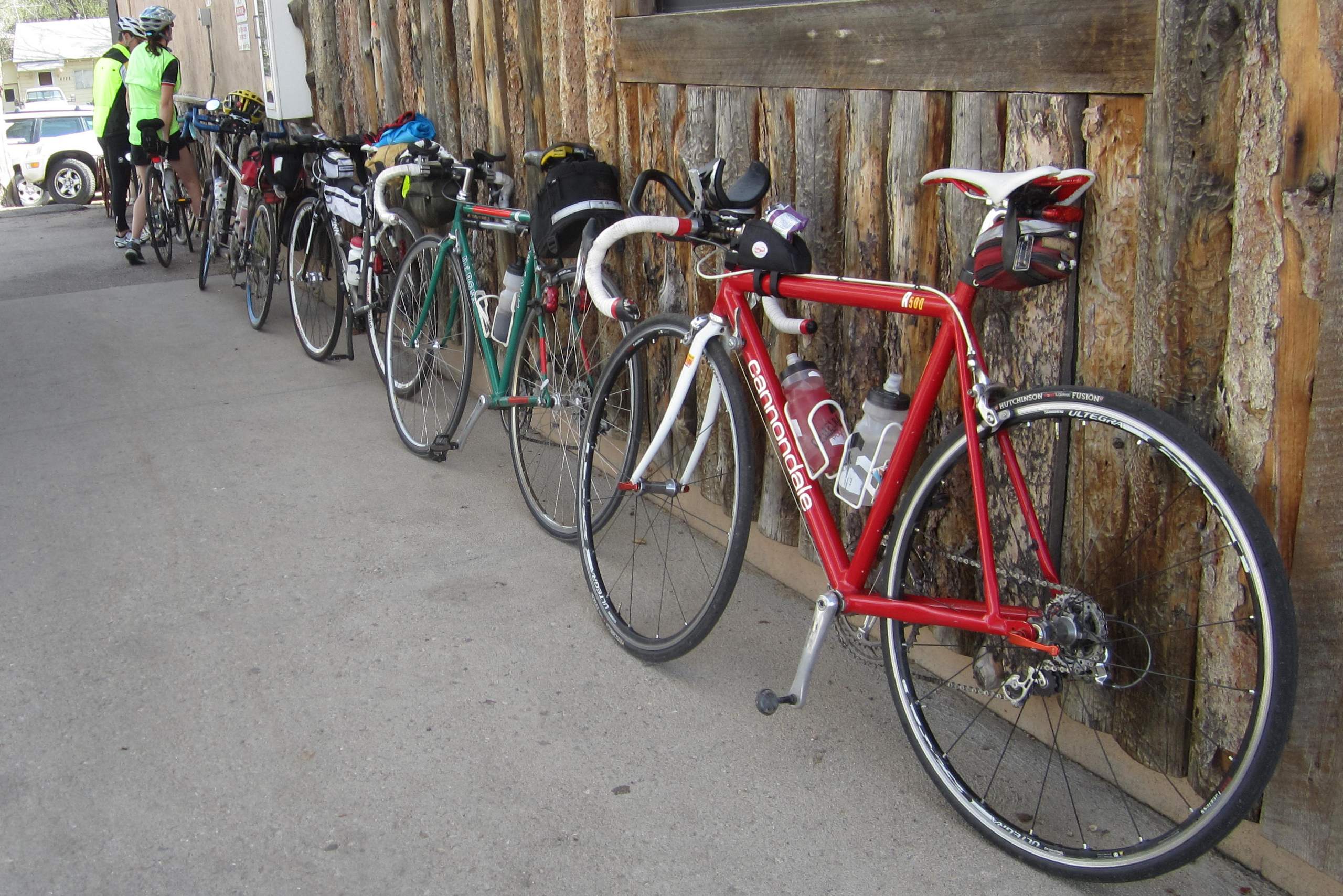 I was trying to keep the lead pack in sight when—at just Mile 12 of this classic 200-kilometer northern Colorado brevet—my bicycle mini pump spilled to the ground and narrowly missed being crushed by the tires of a two-ton sedan. Whoops. The culprit: the pump’s plastic mount had completely sheared off as I rode over some uneven railroad tracks in Berthoud. This could be a long day, I thought as I stopped to retrieve the pump and then a couple more times to remove clothing. I also had to address a wobbly water bottle cage that now had empty space behind it due to the said pump mount going MIA; I ended up filling the gap by fashioning a shim out of a Clif Bar wrapper.

Another prolonged stop came at Mile 44 by the Horsetooth Reservoir when I not only visited a rustic outhouse, but lent the pump to a mountain biker who found himself with a front tire devoid of air. Combine these interruptions with a meager training base due to intensive MBA studies early in the year, and I could be forgiven for starting to think that I might need the whole day to finish this ride.

Instead, this brevet turned out to be one of my fastest for this distance. I even felt like I was in very decent shape. Go figure.

The weather played a positive role in this. The temperatures were positively spring-like, and while there were some fairly strong cross- and headwinds when heading south from Wellington, I was able to overcome them by staying in my Cannondale’s aerobars long and often.

There were also a lot of other riders in this brevet—nearly 40, in fact—which gave some impetus to push! While I did not draft off a single person for even three seconds during this brevet, seeing cyclists in the distance provided a target to try to catch up to. Or to try to not get dropped by.

A good example of the latter was when I found myself just half a minute behind a tandem after a quick resupply stop beyond the midway point of the ride. Through no-man’s land between Wellington and Fort Collins—including a stretch just a few miles from my own house—I tried to keep pace. My efforts nearly met with futility as the couple blazed along at over 25 MPH and kept getting further and further ahead. But a couple hours later, I caught up to them at a long traffic light south of Timnath.

Turns out that they—Andy and Kami White—were training for the Race Across America (RAAM). It’s less than a couple months away now. They seemed fit and well prepared.

The second-to-the-last checkpoint was just 13 miles from the finish. Still feeling good, I decided to do a little time-trialing. I covered that distance in under 40 minutes, arriving at the finish by 3:43 p.m. It took just 7 hours, 43 minutes to cover 125.5 miles—including 36 minutes worth of stops—or 1 hour, 29 minutes less than last year when I rode the exact same course on the Super Bike.

Was it a fluke or am I really in better shape than I thought? We’ll get a better idea of that during another May brevet. I’ll see if I can stop less too.

Strava, MyFitnessPal, and Garmin Connect all provided estimates of calories burned during the bicycle ride using the same GPS data:

The estimates varied widely, but from the data above the “true” number is probably north of 4,000 Calories.

Since I’m not trying to lose any weight, I probably did not eat enough during the ride. For longer rides, caloric replenishment is going to be crucial.

We are an agency that works for Vern's Place. We LOVE your photo of the bike lined up against Vern's! Reply to this message granting us permission to use your photo on our social channels. Thank you! ↩ Reply