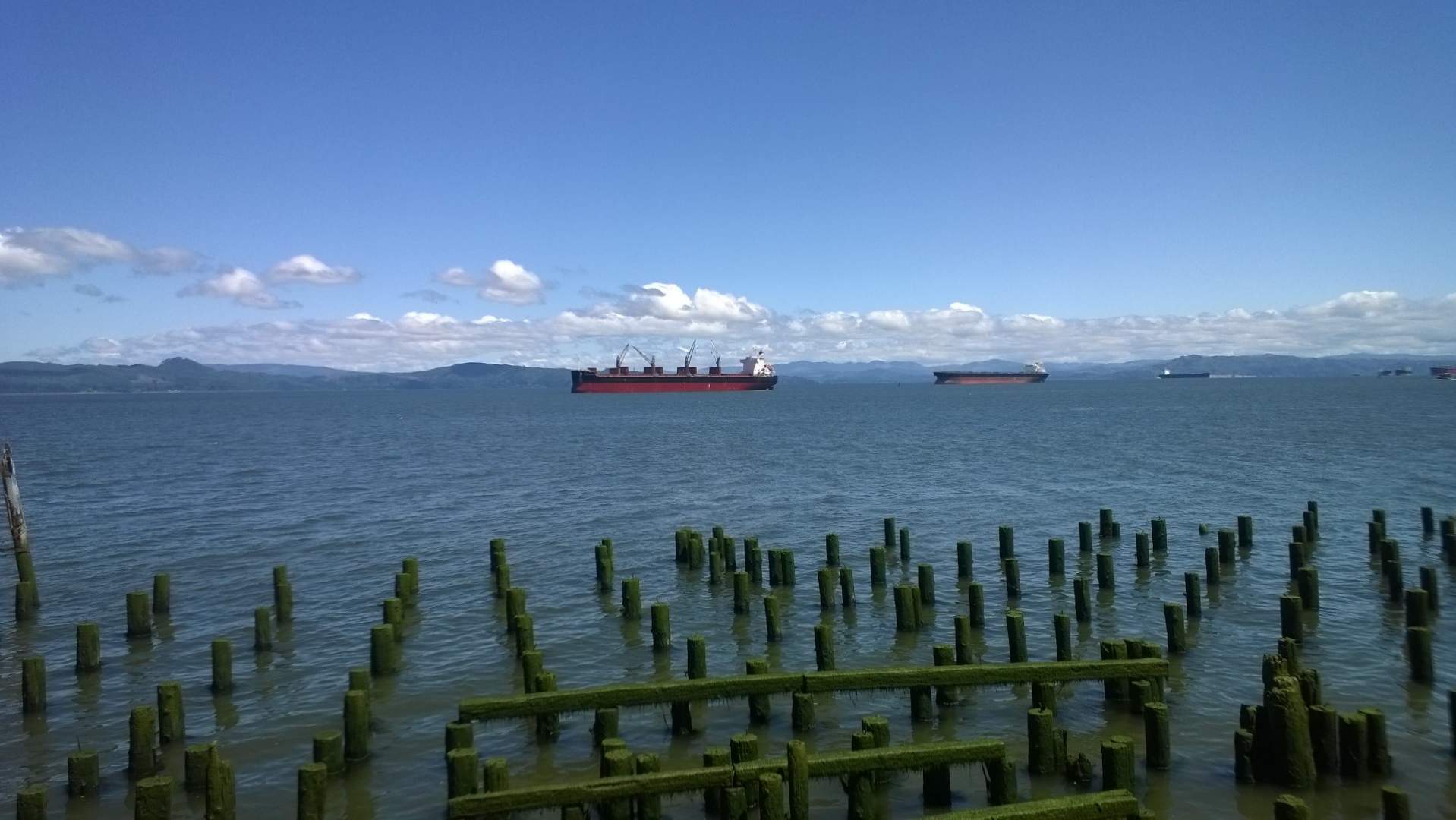 I never had heard of the idyllic little town of Astoria, Oregon until the planning stages of the Trans Am Bike Race. But after I did, I started noticing occasional references to it in random places.

For example, there was the April 15 Marketwatch article that listed Astoria as one of “10 costal towns where you can afford to retire.” A friend also mentioned she visited Astoria on a road trip back in 2013 and how beautiful it was.

So I was looking forward to arriving there after a 1.5-day ride on Greyhound which turned out to be quite the tour with stops in Salt Lake City, Idaho Falls, Boise and other places. It seemed, however, that many other people were too—all hotel rooms within a 15-mile radius of Astoria were booked for the Friday night a whole month in advance.

I thus resorted to CouchSurfing.org to find a sofa to crash on. This turned out to be fortuitous as I got to meet Corey and Heather Harn, two native Oregonians who were super friendly and welcoming. They could even be considered Astoria experts, being the owners and lead contributors of a well-written blog called AstoriaRain.com.

One of the first questions I had to ask them was “What are the Goonies?” alluding to the Goonies celebration signs I saw all over town while I was there.

Corey informed me that back in the 1980s, a movie called The Goonies was filmed in Astoria. This weekend was the 25th anniversary celebration, with people from all over the world coming to partake in it. That explained why all the hotels were booked.

In addition to talking with Corey and Heather about the Goonies, their travels to Korea, Palo Alto, and other places in the world, there were a few other activities I got to do in this gorgeous city by the sea.

One was walking around downtown and along the pier by the Columbia River. There was a recreational trail that went along the pier, past a thousand seals, and over to the east side of Astoria which had many lovely, well-kept homes.

Another was calorie loading, which I commenced with delicious fish and chips from the Bowpicker on Thursday and giros from a falafel truck near the Bowpicker on Friday. My final real meal before the Trans Am Bike Race was a pasta dish from Fulio’s Pastaria with Corey and Heather on Friday night.

I also met many of the 40 cyclists racing in the Trans Am Bike Race. A bunch of us met at the Astoria Tower (which entailed a short but steep climb) followed by beers at the Fort George Brewery.

Lastly, I had many moments to relax by the Columbia River and enjoy the gorgeous—and dare I say perfect—weather, which did not feature the rains the Pacific Northwest was famous for but lots of sun and moderate temperatures. Despite the completely full lodging situation, the town didn’t seem overrun by tourists, and I was frequently surprised to find places to sit down and admire the view were completely vacant and available.

Astoria, as it would turn out, was my favorite town during the entire journey for the Trans Am Bike Race. Granted, part of that may be due to having a fresh body and relaxed state of mind; fond memories of hanging out with Corey and Heather for one brief evening; and laughing and talking over-optimistically with the other racers. There was also the excitement and anticipation of beginning the race in the wee hours of Saturday morning, which Corey even came out for to photograph and witness for himself. He later wrote about the start and posted a Day 10 update on his blog.

But the biggest part of the reason Astoria was my favorite place was how picturesque and tranquil Astoria is. As Corey wrote on Astoria Rain, “Of all the places he has visited, he admits that Astoria is among the most beautiful on the planet.” I concur with this as well, even if it risks even more complete hotel sell-outs in the future.