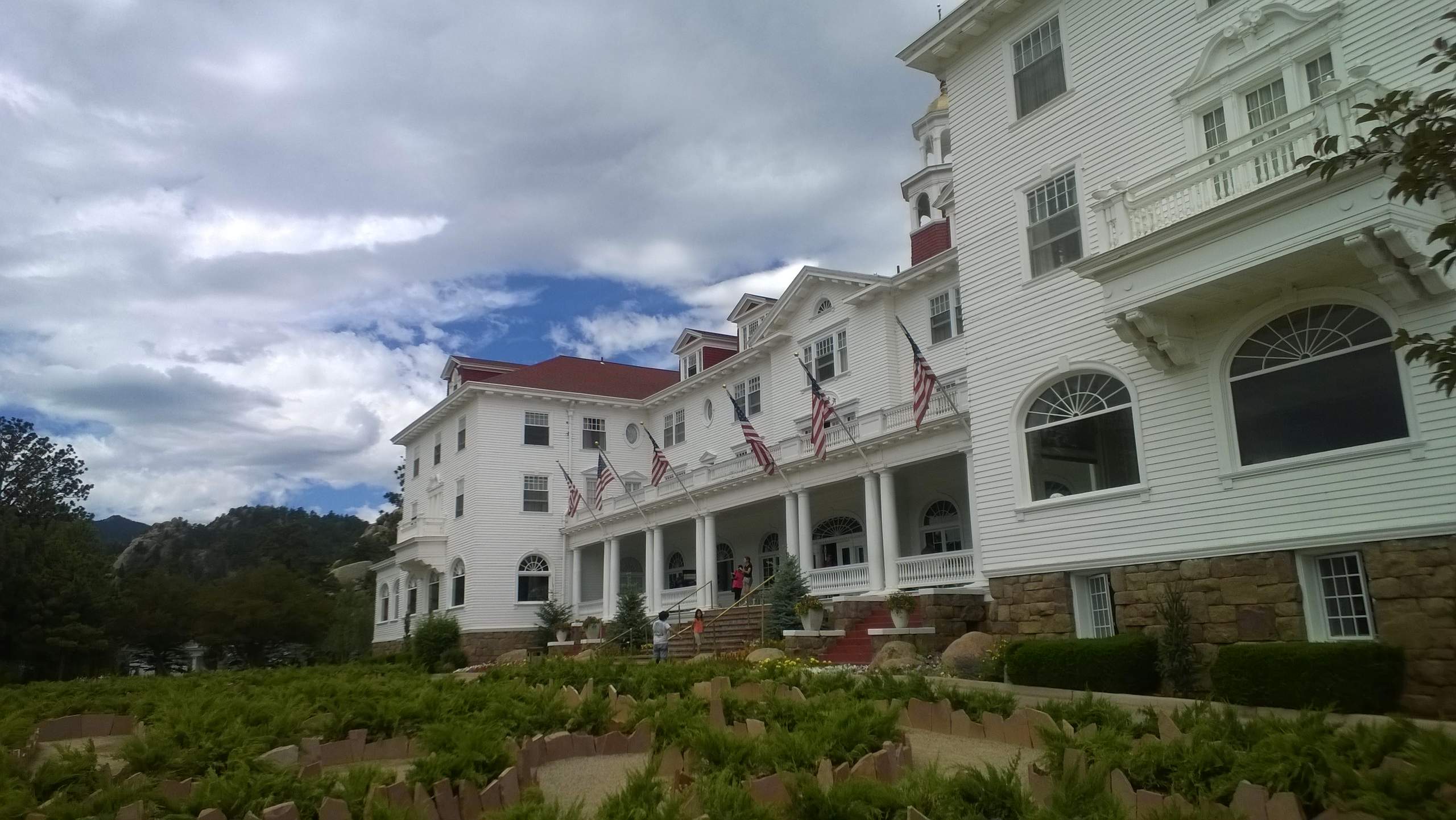 “We should take Venus to Estes Park,” I suggested to Maureen, referring to my friend from college who was visiting during the week as her first time in Colorado.

We were in agreement about that, particularly because Estes is a picturesque little mountain town that is the eastern gateway to the Rocky Mountains and is only 40 or so miles southeast of Fort Collins. Maureen had another reason too: she had not been there in over a decade. “We can go visit the fudge shop,” she said, alluding to a store that she remembered from her youth selling that soft and sweet confectionery.

First on the agenda, however, was the Stanley Hotel. This hotel is famous for being the inspiration of the 1980 movie The Shining based on the eponymous book by Stephen King. King apparently had stayed in the Stanley as the hotel’s only overnight visitor, and had a nightmare of his son being chased by a firehose through the empty hallways. By the time King woke up, he had the plot of his next novel. While this movie was not filmed there, another one was: Dumb and Dumber. We did a tour around the grounds while Maureen and Venus insisted that I had to see the latter film despite my warnings that I really did not care for Jim Carrey’s brand of slapstick comedy.

Next, we went downtown to look for elk burgers. This turned out not to be too difficult to find as it seemed like every block had at least one restaurant offering this along with buffalo or beef burgers. I quite enjoyed the one I ate at the Wild Rose Restaurant.

Saving the best for last, we went to look for fudge. This turned out to be more available than elk burgers, with seemingly every fifth store being a vendor of fudge, ice cream and taffy.

So which fudge store did Maureen have in mind? She wasn’t sure because she didn’t remember there being more than one, much less a dozen within a few blocks.

Anyhow, we enjoyed our little day trip to Estes and its 360 mountain views. We also did end up buying half-a-pound of fudge to take back to the Fort.

For the second day in a row I exclusively used my two-year-old Nokia Lumia 820 Windows Phone to take the photos below instead of lugging around the (admittedly not bulky or heavy) Canon ELPH Powershot that I usually use while traveling. All photos were taken with the Lumia Camera app—usually on auto mode, but sometimes manually setting ISO to 100—with only a modicum of post-processing.

What do you think of the photo quality? To my untrained eye they at least look decent enough that I am not ashamed to post them!