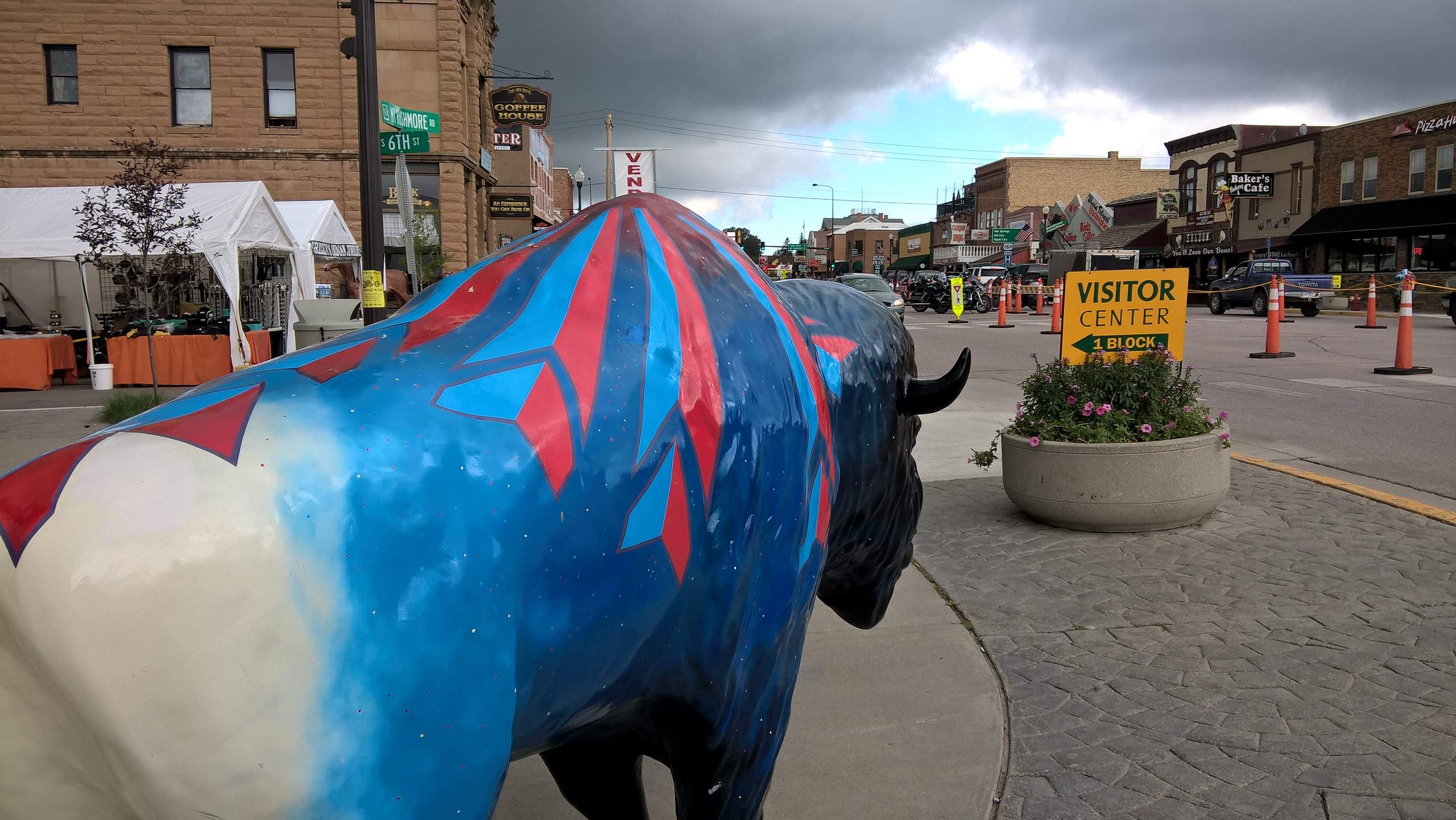 Custer was initially going to be a mere lunch stop in between Chadron State Park, Nebraska, and the Crazy Horse Memorial. But as it turned out, Custer was a pretty happening South Dakotan town, especially when you consider the population is officially only 2000 or so.

This was partly due to the historical sites here—such as the 1881 Courthouse—since Custer was the oldest town established by European Americans in the Black Hills of South Dakota and Wyoming. Another reason was the 75th Annual Sturgis Motorcycle Rally was happening this weekend 72 miles up the road, and Custer was as good of a stopping point for the motorcyclists as it was for Maureen and me.

In addition to walking around downtown, we stopped by a food truck to get some grub. I got French fries and a roast beef sandwich, which the chef claimed was “the best roast beef sandwich you’ll ever have.” I am not sure if I would go that far in describing it, but it was delicious and kept me satiated through the Crazy Horse Memorial visit and until we got to Mount Rushmore.