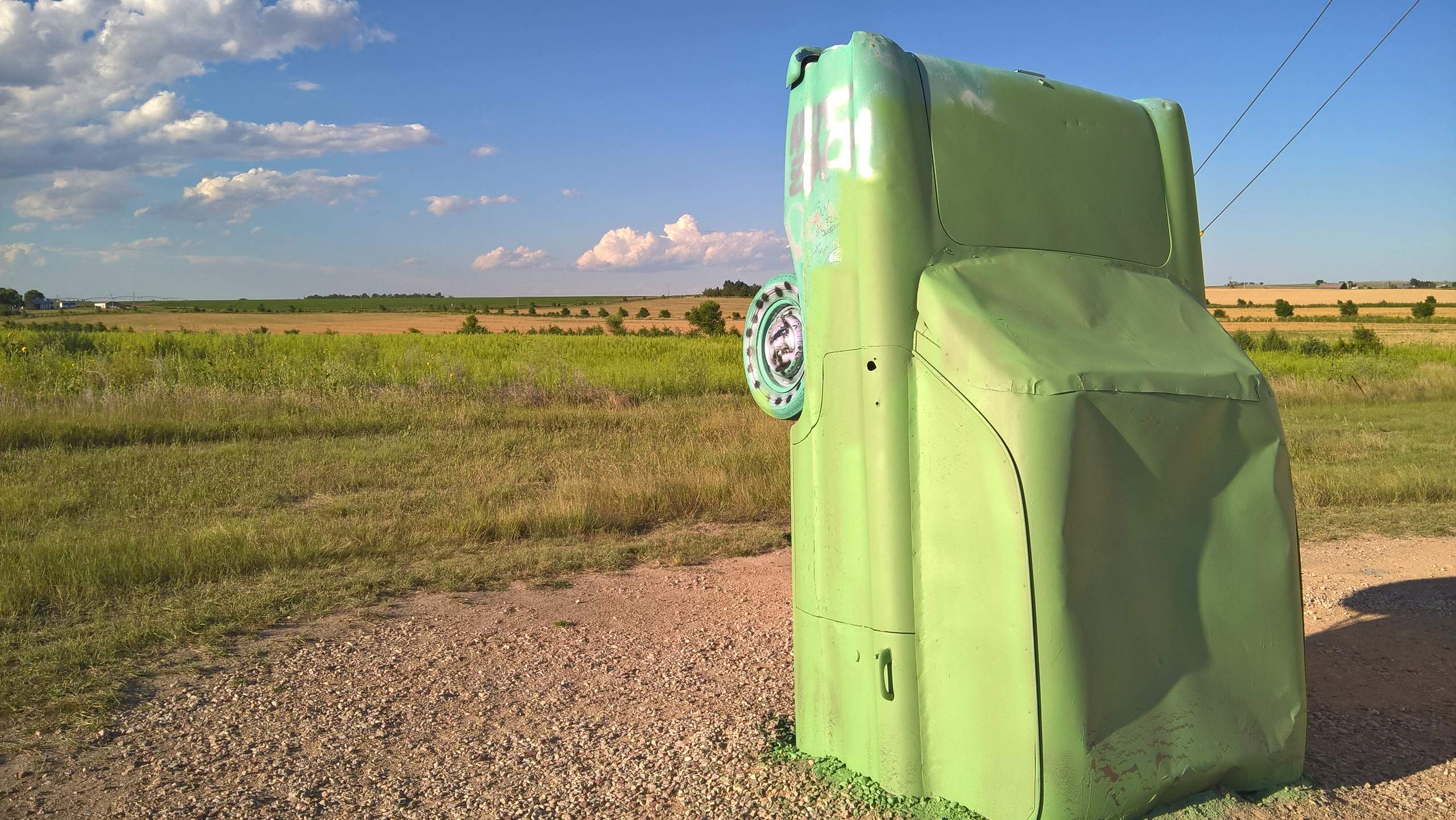 Ever since encountering Stonehenge by accident in England in August 2000, I have had a fascination with monolithic art sculptures jutting out of the ground in a circular fashion. This could explain why I went to Maryhill, Washington to visit a concrete replica of Stonehenge in August 2005, and explored Fort Collins’ Rock Garden, Colorado’s Stonehenge last month.

You can now add Nebraska’s Carhenge to this list. Almost exactly 15 years since seeing the original, I visited this bizarre really cool art exhibit comprised of 39 decrepit automobiles painted with grey spray paint.

Carhenge had a interesting history. According to Wikipedia,

Carhenge was conceived in 1987 by Jim Reinders as a memorial to his father. While living in England, he studied the structure of Stonehenge, which helped him to copy the structure’s shape, proportions, and size. Other automobile sculptures were subsequently added to the location of Carhenge, which is now known as the Car Art Reserve. Carhenge was listed for sale in 2011 for $300,000.

Apparently, Carhenge didn’t sell despite that bargain price, and was gifted to and taken over by the nearby town of Alliance, Nebraska in 2013.

Folks from all over the world come to visit Carhenge even though it is in the middle of nowhere, and there were about a dozen folks there when we arrived including a couple of motorcyclists and RVers.

What amazes me is that all three replicas of Stonehenge I’ve mentioned (Maryville, Fort Collins, Alliance) were all created by individuals—specifically, inspired men. They took the initiative to create them on their own and to this day all exhibits are open to the public, for free, for the world’s enjoyment.

I also imagine the neolithic humans who created the original would be pleased that their creation would continue to inspire folks around the world several thousands of years later.