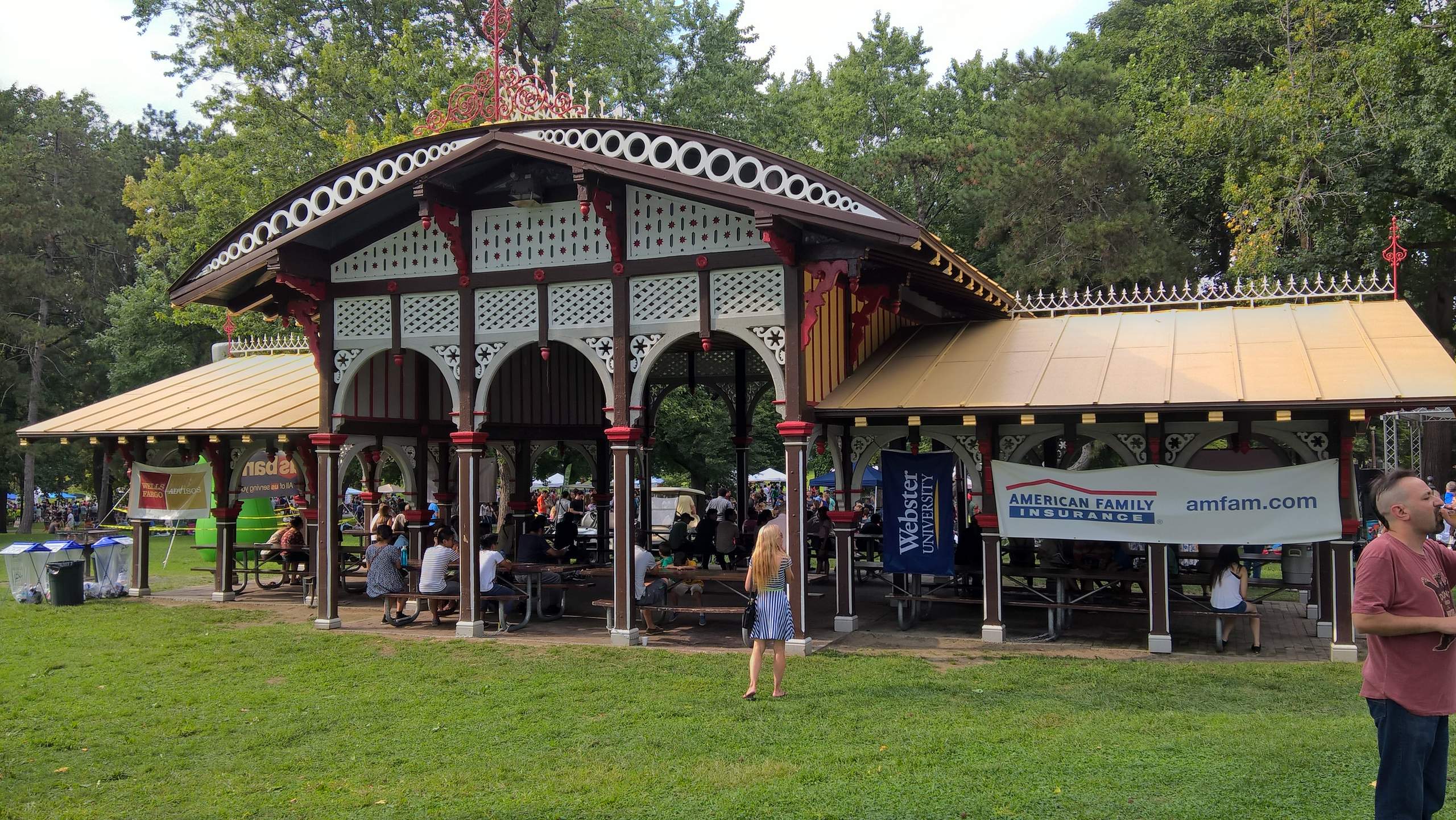 One aspect of St. Louis that is readily apparent about St. Louis is how multi-cultural it is. This was underscored by its annual Festival of Nations at Tower Grove Park.

We went over there one weekend to check out the booths and, of course, try some of the different ethnic foods. We started out with some Bhutanese samosas before moving on to Spanish omelets and paellas. We also tried some crab rangoons at the Filipino booth before declaring that our stomachs were filled to capacity.

Still, it was great to see all the different crafts, foods, and performance arts, including belly dancing!