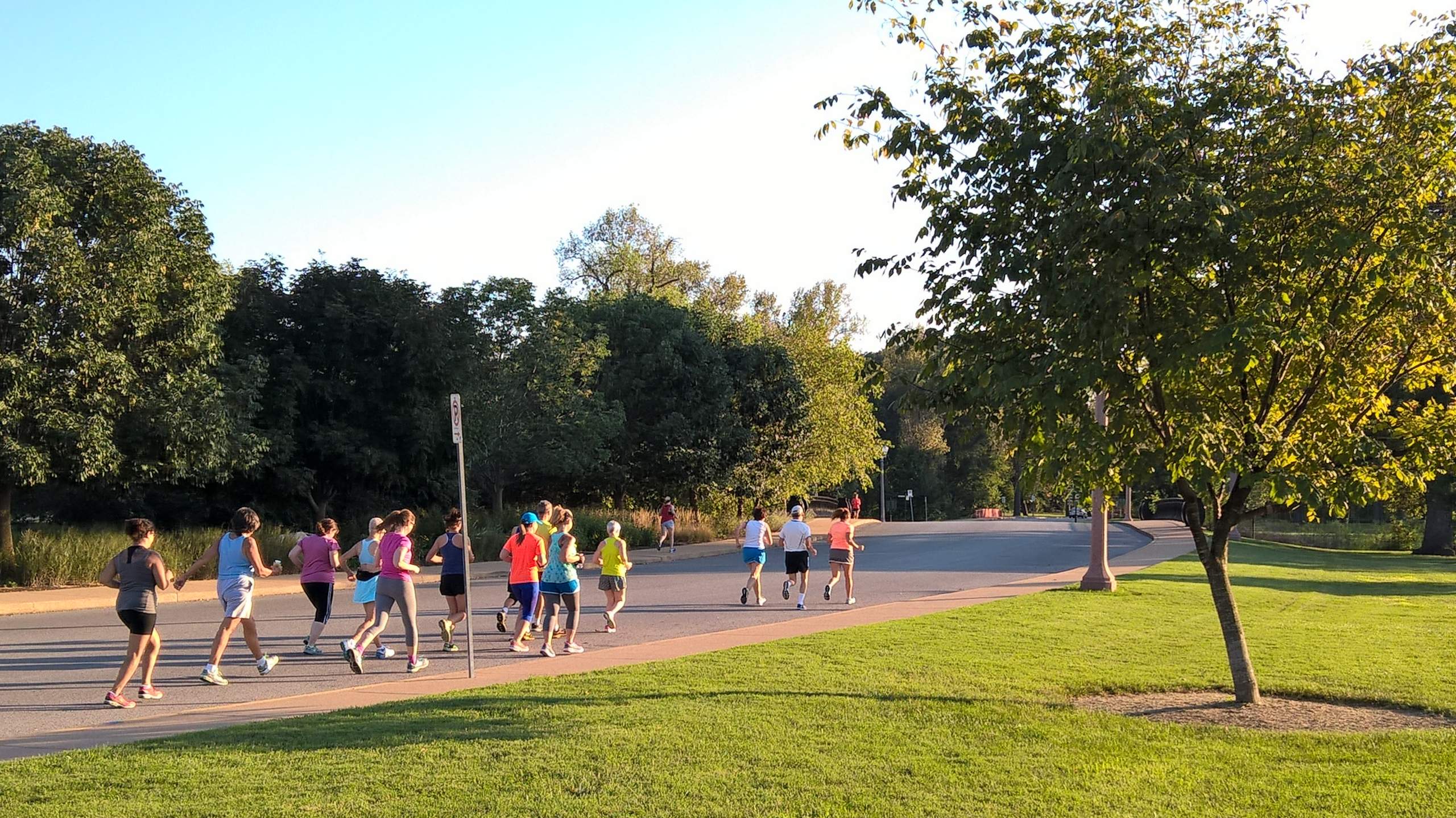 I figured that today’s race—the final one of the St. Louis Track Club’s September Pace Series—would be a big battle between myself and the erratic runner I dubbed Runner A in the previous two runs. Each of those times he crossed the finish line ahead of me by 20-30 seconds, but those races were 5-6.8 kilometers long. Today’s race was just 3 kilometers long, which I felt was a short enough distance to truly mount a challenge.

It turned out to be quite a battle all right.

This time I opened up a pretty sizable lead on Runner A by running side by side the frontrunner I referred to as Runner B two weeks ago. He is a loud foot striker, and for the first half mile he already seemed to be breathing harder than I was. But then we got to Art Hill where he did not seem to slow down one iota, so he pretty readily dropped me. I was going at a fairly good clip but I wasn’t going to kill myself running uphill at the 5:40/mile pace we were trotting in the first half mile.

At the start of the hill I still had what looked like a large gap on Runner A. I can fly downhill, so I figured if I maintained this lead going over the top, I was in a pretty good position. And indeed, I was still ahead by the top of the hill.

Then came the fast downhill. I lengthened my stride and thought I was running pretty well, but by the bottom of it Runner A was right on my heels! A few more moments passed until I guess he had enough of that, surged passed me and opened up a big gap.

After the race he recounted, “I was waiting for you to go, but that was using too much energy. So I thought ‘let me pass him and have him try to catch me.'”

Apparently that worked because with still 0.6 miles to go, I felt maxed out and couldn’t significantly increase my speed. Indeed, my pace had slowed to the high 6’s. It wasn’t until there was a quarter-mile left that I made a gallant effort to surge and managed to increase my pace to the low five-minute miles with the end in sight.

By that time it was too late as Runner A had already crossed the finish line. In fact, he said he nearly caught the frontrunner Runner B. He said if the race was just a little longer he would have caught him.

So for the third race in a row, I crossed the finish line in third behind the Runner A. Despite his erratic running style, he is simply faster. His ability to surge at any moment (and sustain it) is particularly impressive.

I guess you can say I am well in tune with my body at least.