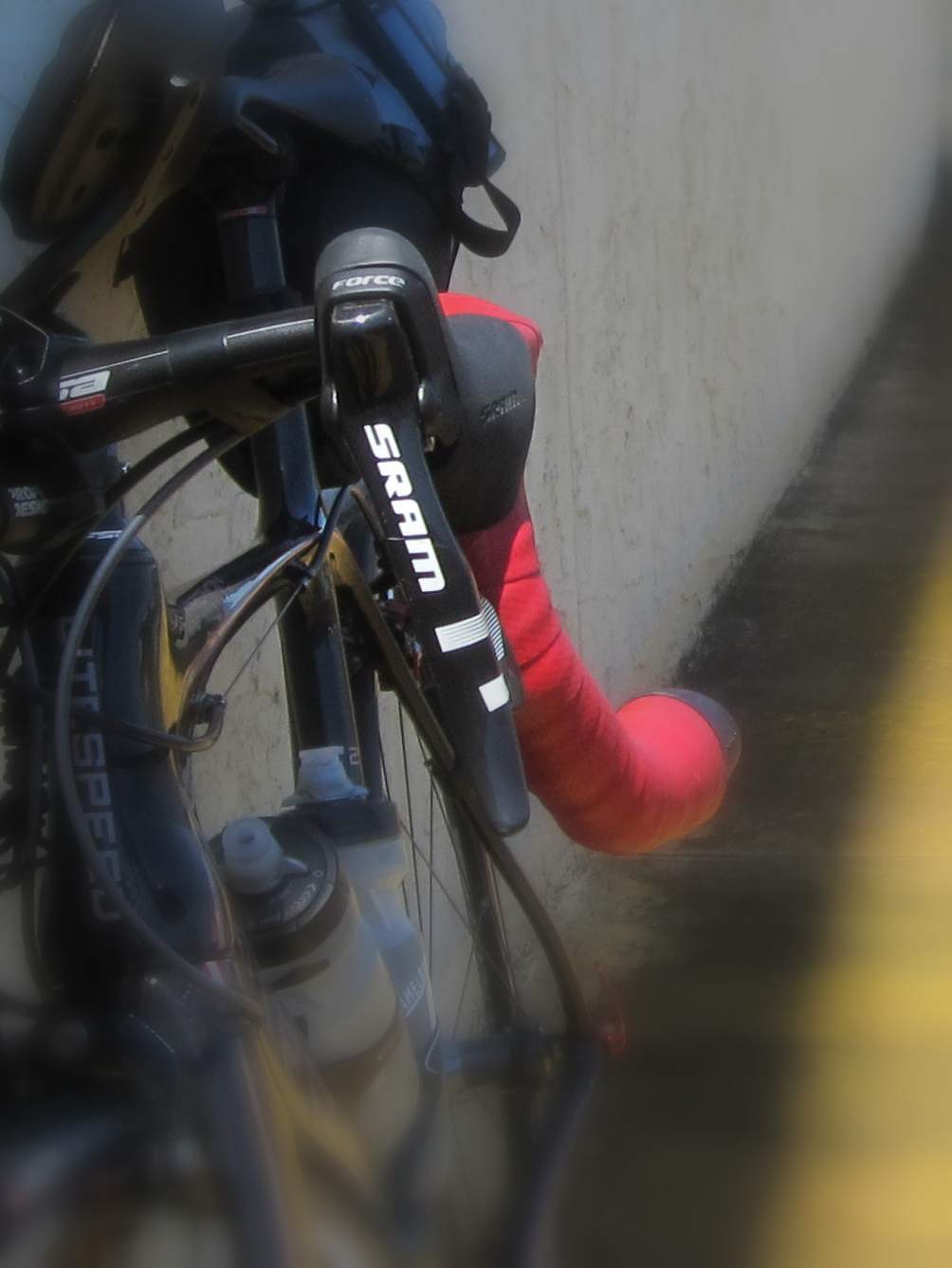 I was only in Colorado and not even halfway through the 4233-mile Trans Am Bike Race when I was already cursing the SRAM Force shift levers underneath my hands.

“D*mn DoubleTap,” I muttered as I looked at my index finger knuckles that were both bloodied.

I had equipped the Super Bike with these levers for several reasons. They are lightweight, not too expensive, and good looking. SRAM Corporation is also based in my home country of USA, unlike Shimano (Japan), Campagnolo (Italy), and microSHIFT (Taiwan). The DoubleTap mechanism seemed imaginative with an elegant simplicity: one lever for both upshifting and downshifting.

All those reasons appealed to me, yet after completing the TABR and other races with these components, I concluded that SRAM DoubleTap shifters are utterly unsuitable for ultra-cycling. Here is a list of why:

Note that I qualify this post by saying that DoubleTap is mainly unfit for ultra-distance cycling races, because those are the events where you are likely to have hand problems. Almost every racer in the 2015 Trans Am Bike Race had nerve damage in their hands. My left hand is still numb nearly three months after finishing the race. (See this list of TABR injuries.) [Update: my left hand regained all feeling after 7.5 months.]

My advice? For ultra-distance multi-day bicycle races, equip your bicycle with electronic shifting. (This is what Jesse Carlsson, the winner of the 2015 Trans Am Bike Race, and others did.) Or go with Shimano mechanical shifters that require less force and use separate levers to upshift and downshift.

I would even prefer a left downtube lever over a left DoubleTap shifter, like the setup on my Cannondale 3.0!

Another possibility is using indexed shifters for aerobars if you are using aerobars. Or consider going with one of the new 1×11 drivetrain systems and do away with the front derailleur and shifter altogether. So far only SRAM (with DoubleTap) offers 1×11 road componentry, so you would need to jerry rig something to go the Shimano route (using a Tampan adapter or Wolftooth Roadlink, for example).