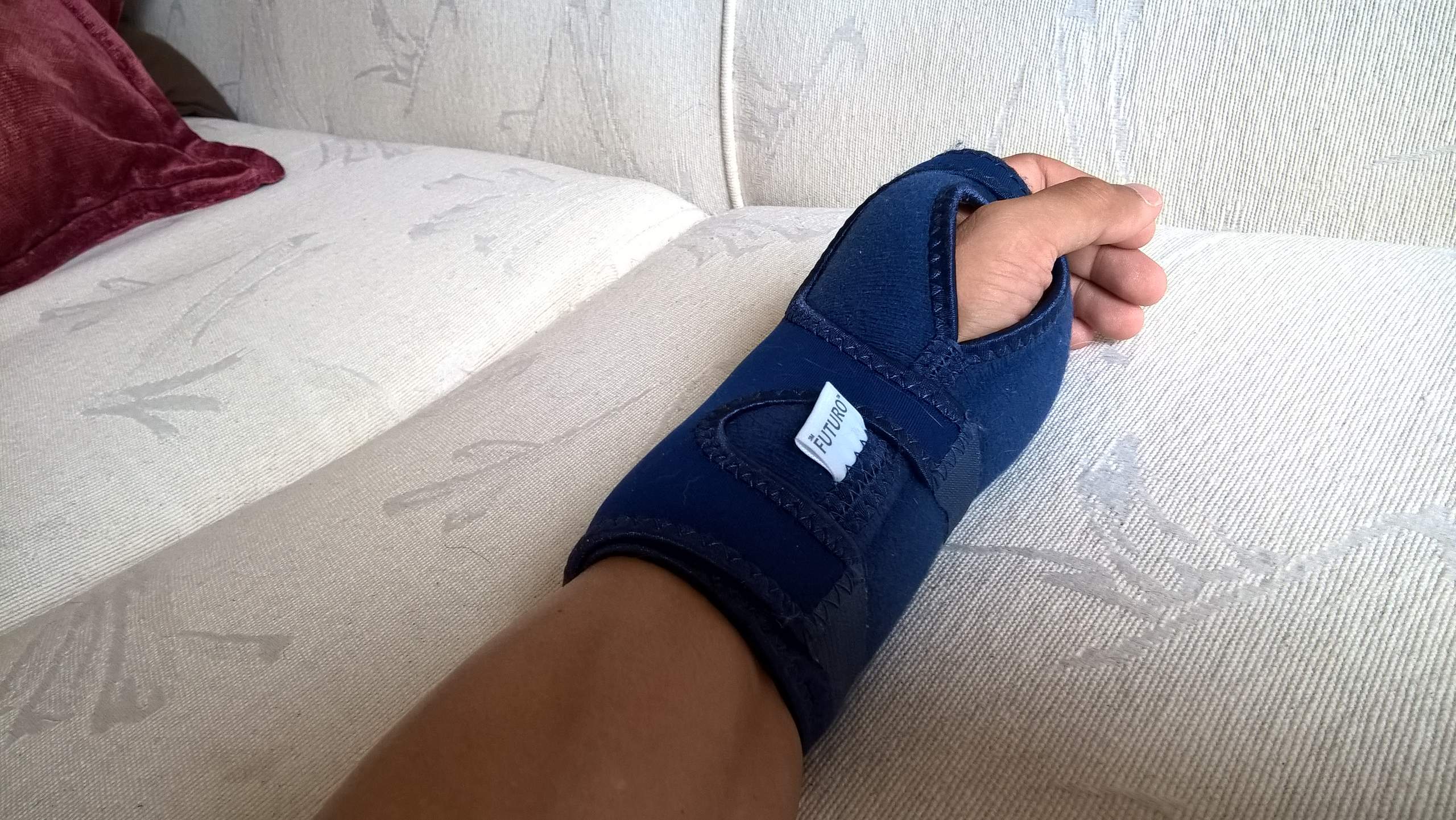 While I managed to complete the 2015 Trans Am Bike Race in 8th place, I didn’t make it through the event entirely unscathed. In fact, over a month later, I am still dealing with the ramifications of doing such a grueling race.

I consider myself fortunate, though. In comparison to other TABR racers, I fared pretty well health-wise. For example, one German entrant was hit by a car on a highway near Astoria, Oregon the day before the group start, was taken to the hospital, and could not commence the race. Another German racer, Michael Wacker—whom I played leapfrog with the first couple weeks of the TABR—crashed out of the race with a broken shoulder about 1000 miles to go and cannot remember what happened. And others had to withdraw after the first week due to, for example, intolerable knee pain.

My Injuries During the Race

Injuries are listed in order of occurrence.

I had only one accident, and a pretty silly one at that: at 1:00 a.m. about 46 miles from Newton, Kansas, I encountered Michael Wacker and was behind him. His cell phone dropped to the ground so I slowed, intending to stop and pick it up. However, when I came to the stop my balance was off and I didn’t kick my right foot out of the new SPD pedals I obtained a few days earlier in Breckenridge, Colorado, which had much stiffer release springs than the previous pedals I was using before they broke. Thus, I toppled onto the ground, landing on my side.

I was lucky to escape without even a scratch as just moments before I put on both arm sleeves and leg warmers which ended up protecting my skin. The right edge of my bicycle saddle did get scuffed up, however.

The incident startled me even though I was unhurt, as I realized just how easily accidents could happen and the race could end. That made me even more cautious during the last week. Probably a good thing considering how nearly all the roads in the eastern U.S. had no shoulder, and some were very narrow and steep with rumble strips and logging trucks whizzing by.

I suffered from extreme forgetfulness by the end of the race. For example, after my GPS unit died in a thunderstorm and I had to navigate using Adventure Cycling Association maps and cycle computer, I could not remember any directions. I am usually excellent at remembering and dealing with numbers, but I could not remember “At Mile 31.2, turn right on road 642” for more than a few minutes and kept having to stop and check the map to remind myself. I also got lost a lot. Whether this was simply due to sleep deprivation and fatigue or was partly attributable to true cognitive decline is open to speculation. Race winner Jesse Carlsson, for example, posted an journal article that described how a 6% reduction in grey matter can result from a two-month ultra-endurance event.

By the time the race was done, I had lost six pounds. Before and after DEXA scans showed that my body fat percentage decreased from 13.1% to 11.6%, and I lost 1.5 pounds of upper body muscle. I probably would have lost even more weight had I not been drinking gallons of soda and eating junk food almost exclusively each day of the race. Five weeks after the race and the weight (and muscle) is still off. I consider myself underweight right now and have not been so light since high school.

A pull-up strength test revealed a significant reduction in upper body strength. Days before the start of the race, I could consistently do 26-27 pull-ups with good form. When I returned from the race, I could only do 13-16 (four attempts). The strength has yet to return especially since I am forbidden from doing any weight lifting until the numb hands heal.

My right hand regained all feeling after two months, but my left hand only did so after seven and a half. During that time, I had only biked two times total so as not to aggravate the condition. As mentioned above, I visited an occupational therapist twice who gave me some hand exercises to do. I did them each day for about a month, with no noticeable change, after which I conceded my body just needed time to regenerate nerves.

My farmers’ tan took about three months to fade. I still am concerned about future skin cancer ramifications and implore participants to wear sleeves as the arms will get the brunt of the sun. (At least the face is somewhat shielded by the top of the head and helmet, and the legs are shielded by the torso. Of course, still put sunscreen on any exposed skin regardless.)

My upper body strength and normal body weight resumed after about four months despite doing no weight training, just pushups and going rock climbing maybe three or four times. In pull-up tests at the end of October 2015 (four months after the race) I could do 21-23, which surprised me especially since I had not done any since the early July pull-up tests when I could only do 13-16.

You look like a (living) zombie in some of those Shermer's Neck photos. I won't ask you to do some pull-up tests when we see each other next week! ↩ Reply

Yeah, it doesn't seem like I'll be able ready to try doing any pull-ups by that time. Looking forward to seeing you! ↩ Reply

Thanks for sharing all of this information. I so enjoyed watching the "dots" in the race. Having ridden the TransAm as far as Eastern Kansas ....I am so amazed at how you guys/gals do it as a race! Hope you are all better soon!! ↩ Reply

Thanks for all these detailed articles Felix!

I was planning to do the race next year but now I'm kinda worried about body fat since my doctor measured just 6.2%. So unless I gain some serious weight until then I will propably be a walking (cycling) skeleton after the race. ↩ Reply