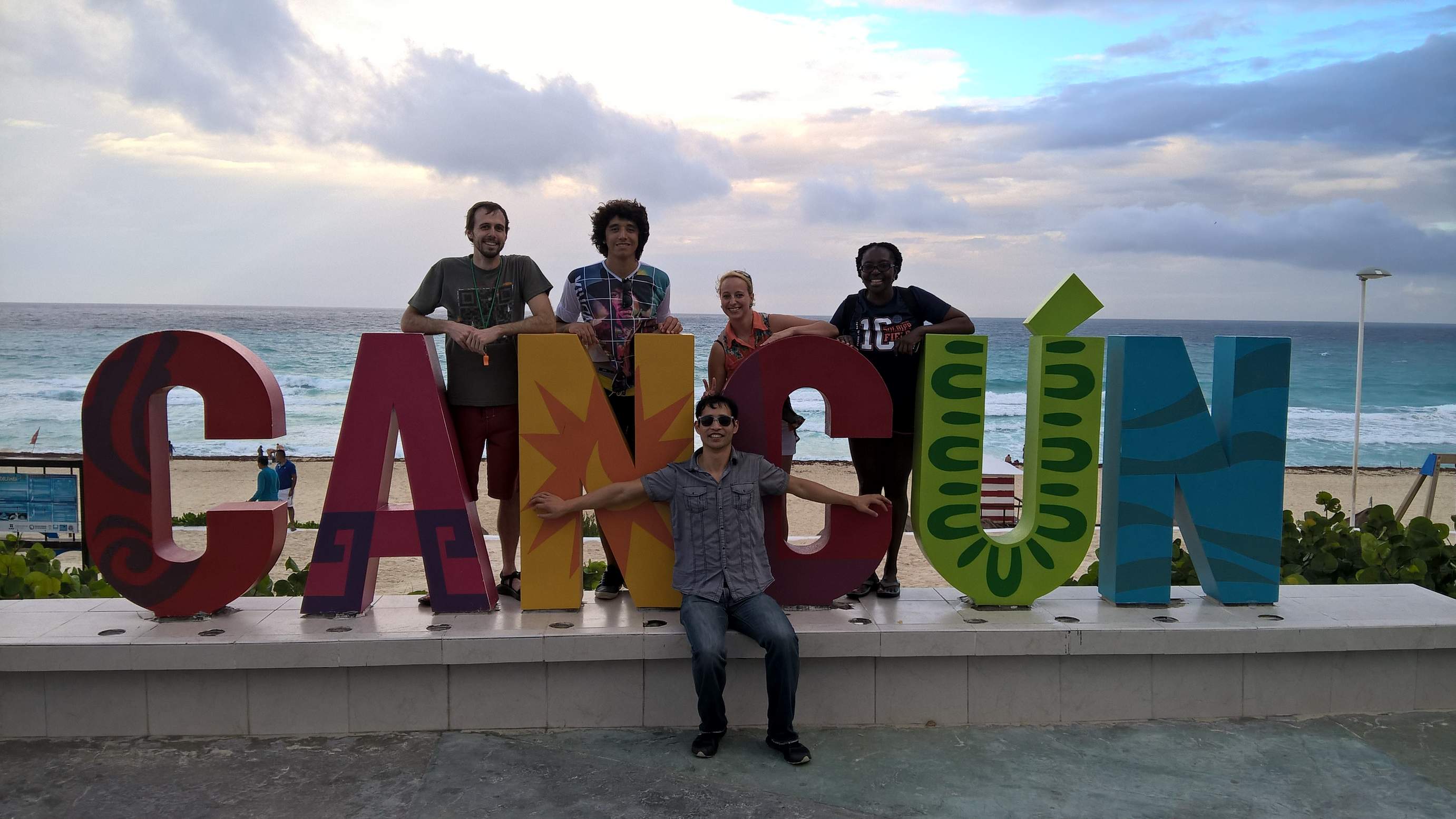 In October I realized that I had not gone anywhere this year that would continue my annual foreign country streak. Since I had blown through my annual vacation budget via the Trans Am Bike Race, I looked for an inexpensive out of country destination to visit. I soon realized that Cancún, México fit the bill, costing no more or sometimes less than many U.S. locations.

Maureen was not going to be able to come due to having a busy grad school schedule, so I thought I would have to go there alone and booked a trip for only four days. But then I was talking with my friend Alberto François, and he mentioned he wanted to take a two-week vacation somewhere out of the country in November. It did not take much coaxing to get him to come down to Cancun.

He actually went down there a couple days before I did, but we met at the Mezcal Hostel shortly after my arrival. From there, our taquería-searching and ocean-swimming adventures began. Cancún was also our launching point to the not-so-distant destinations of Isla Mujeres and Chichén Itzá.

As you can see in the photos below, we did some of these trips with other folks on vacation that we met at the hostel. This included Renzo from Buenos Aires; Pauline from Chicago; Jana from Slovenia; Carolina and Yesenia from Portland, Oregon; Julian from Toronto; Christophe from Paris; and Carla and Daniella from southern Italy.

We also randomly encountered a number of people from northern Colorado, including Oxsana, a Russian CSU student living in Greeley; Oxsana’s brother and mother living in Broomfield; and then Bruce, co-owner of the Ras-ka Ethiopian restaurant in Fort Collins. (Neat fact: during past trips to Panamá and Guatemala, I encountered other folks living in Fort Collins as well.) Bruce also mentioned that he had a friend in Fort Collins who was leaving for Cancún in a week. “With $49 fares from Denver to Cancún on Frontier,” he said, “I thought, why not?”

Sounds like I was far from being the only one looking for a cheap foreign get-away at this time of year.