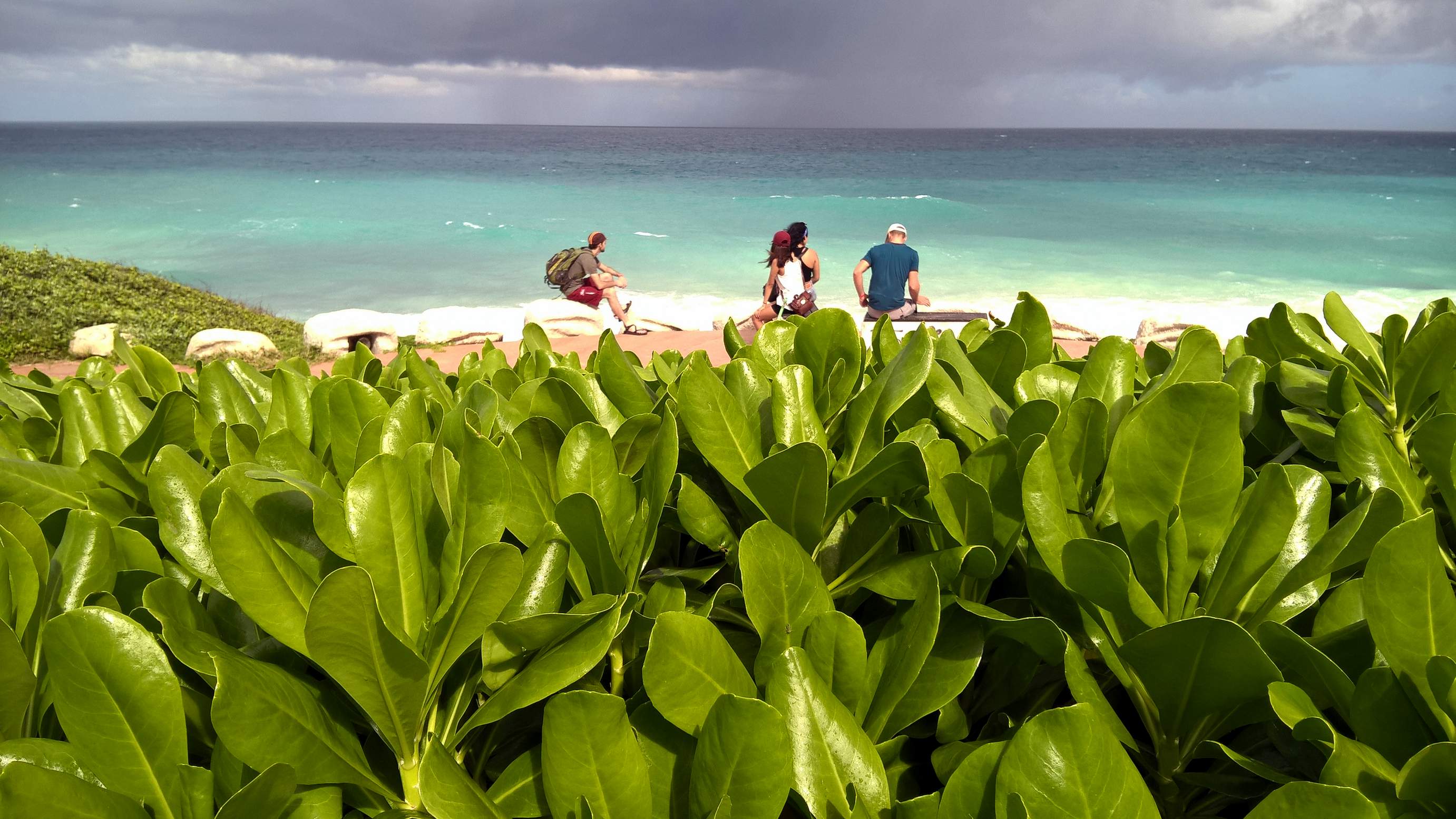 We had just crammed all five of our bodies inside a Nissan Sentra-sized taxicab to Puerto Juárez in Cancún to catch a ferry to Isla Mujeres. Immediately a ticket vendor came up to us and presented a couple options: we could either buy a round-trip ticket to Isla Mujeres for 150 pesos (roughly 9 U.S. dollars), or buy a tour package that included the ferry ride, lunch, and dropoffs at five different places around the island for 500 pesos (about 30 USD). Of course, he was pushing hard for the latter option.

But we did a virtual straw poll among ourselves and we decided to do just the ferry ride instead. More freedom; less cost.

I think it turned out to be a good call. We were able to do plenty on the island without being constrained by ferry boarding deadlines. This included the following:

One incident of note occurred at Bahama Mama. While we were eating, a man who was there asked for the keys to our carrito, drove it away, and returned with another one that was otherwise identical. He said we had a flat tire; thus, he gave us this one. This seemed a little suspicious that—after we had driven the replacement car away into an alley—Alberto asked a police officer if this was “normal.” The police officer seemed completely blasé about it, saying it was fine. Carolina also said he recognized the man as someone who worked at the car rental place.

All said and done, there was no problem. Business and service transactions are definitely done in a more relaxed manner than in the United States!

Here’s a video of Alberto driving in Isla Mujeres.