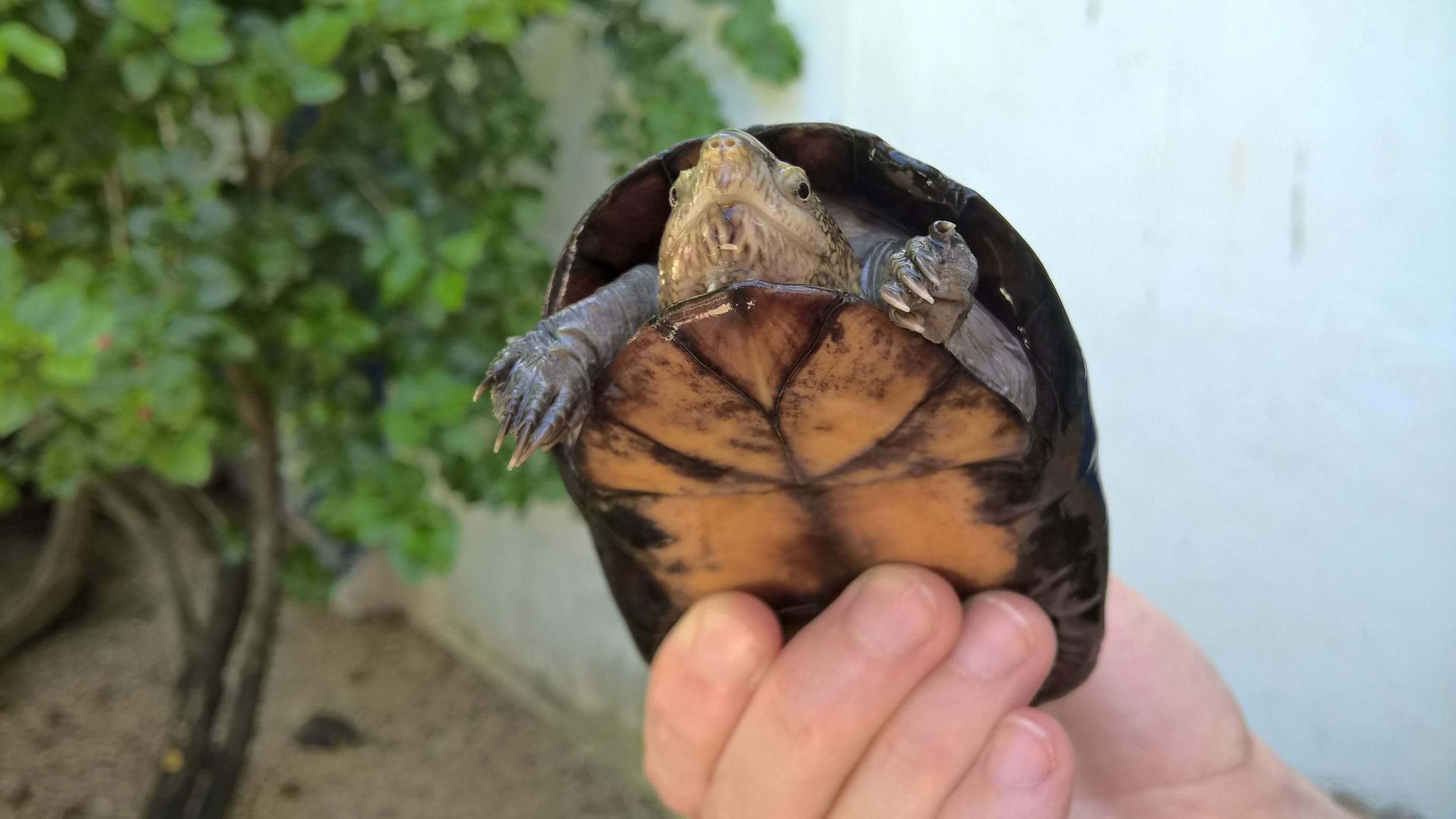 One of the benefits of not doing an organized tour—and then renting a car that was a glorified golf cart—at Isla Mujeres was that we had the freedom to drive to and stop off anywhere we wanted. One of these places we stopped off was La Tortugranja, or Turtle Farm.

My friend Alberto François is a biologist by training and also an enthusiast of sea creatures, so he was delighted to stop at this place that featured baby sea turtles, large sea turtles, giant crabs, and other creatures I do not know the names of. As you can see from the photos, there were also some handsome birds walking around the grounds.

Alberto, Carolina, Julian, Yesenia (all folks we met at our hostel) and I checked out this place for about an hour, which had an admissions charge of something like 45 pesos ($3). “That stop was totally worth it,” I remarked as we finally drove away in the carrito. The others agreed.