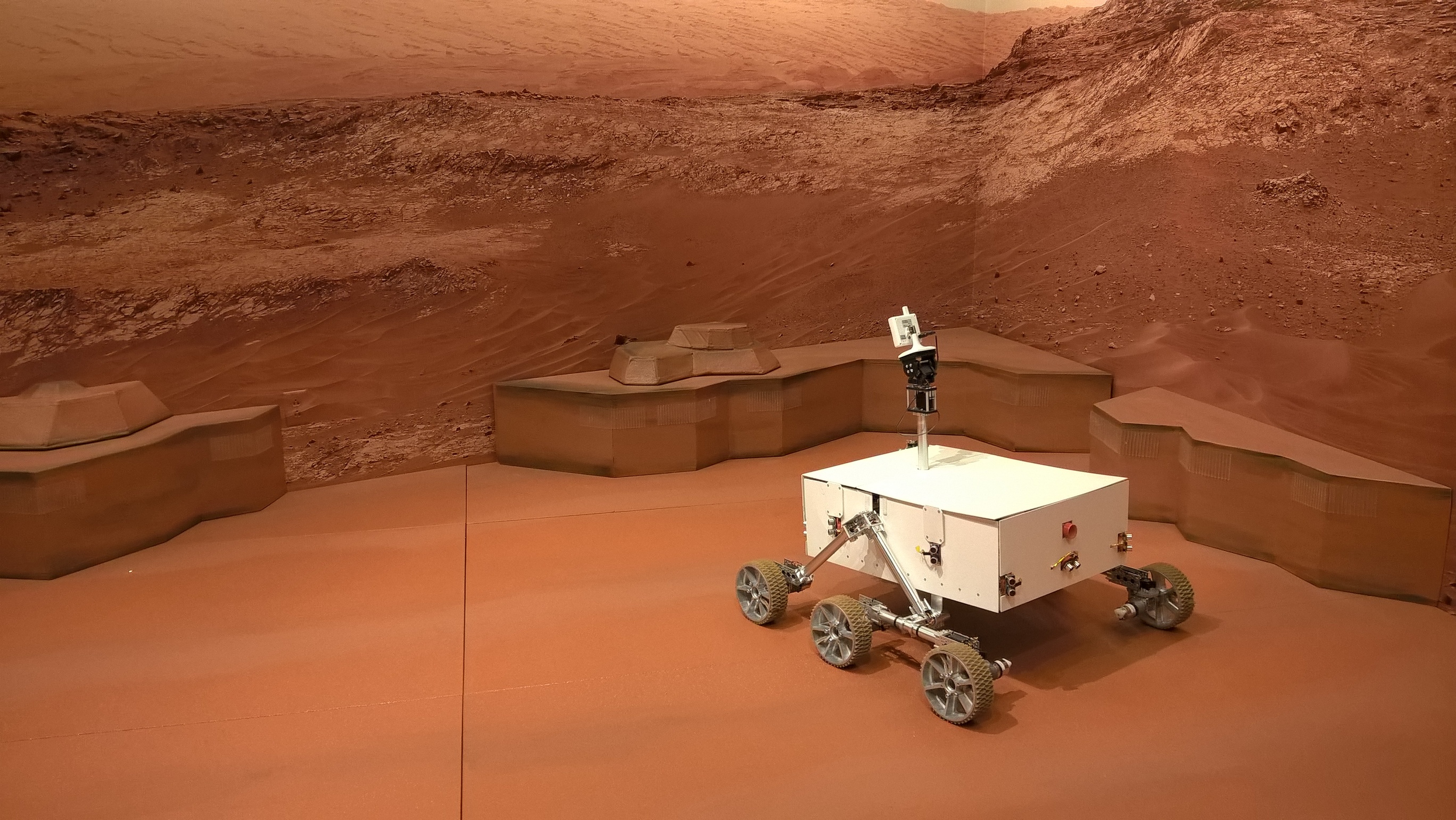 During my last visit to St. Louis, I visited an institution I had driven and trotted by dozens of times: The St. Louis Science Center. This museum is a skip and a hop from Forest Park, the nation’s seventh largest urban park where I could have been found last autumn doing most of my morning runs. In fact, the Science Center’s northern entrance—the Planetarium—is actually located in Forest Park, connected to the mothership by a glass-encrusted skybridge over Highway 64/40.

Entrance to the Science Center, Planetarium, and Skybridge is free. This fact, together with its proximity to Central West End and my love of science, makes me wonder why I did not visit this place earlier.

Once you walk into the St. Louis Science Center, you can easily become mesmerized by this giant Ruby Goldberg-like contraption.

There are also other cool demonstrations such as one this Bell Curve display that depicts the significance of a normal distribution in probability and statistics.

Some of the exhibits are interactive and hands-on. One area is called Makerspace where you can build a small sail using plastic snap pieces, clothespins and fabric, and test your design on an electronically timed, windblown platform. Another features the Tantalizing T Puzzle and the African String and Ring Puzzle (in one of the photos below). I was able to figure out the former in a few minutes, but found the latter virtually impossible even after watching the solution on YouTube.

The lower level features dinosaurs. Who does not love dinosaurs! There is a life-like model of a Tyrannosaurus Rex and a Triceratops. (There are also models of them outside the Planetarium in Forest Park.)

After I had visited all three floors of the Science Center, I strolled across the Skybridge towards the Planetarium. In between is an area dubbed Experience Flight devoted to space exploration, including interesting and inspirational information on the U.S. Space Shuttles and Mars Rovers.

There is a display devoted to the Challenger disaster, which brought back memories of being in fifth grade class. The school principal walked in, took my teacher Mrs. Shreve aside, and a few minutes later they carted in a boxy cathode ray television and turned it on. My class watched replays of the takeoff and the ensuing explosion, and discussed how there was even a teacher onboard. Some of us cried.

As it turned out, this particular day that I set foot into the St. Louis Science Center was the 30th anniversary of the Challenger explosion. I only realized this after returning to Central West End and reading the news. What coincidental timing. I guess it was wholly appropriate, then, to have not visited the center any earlier than I had.