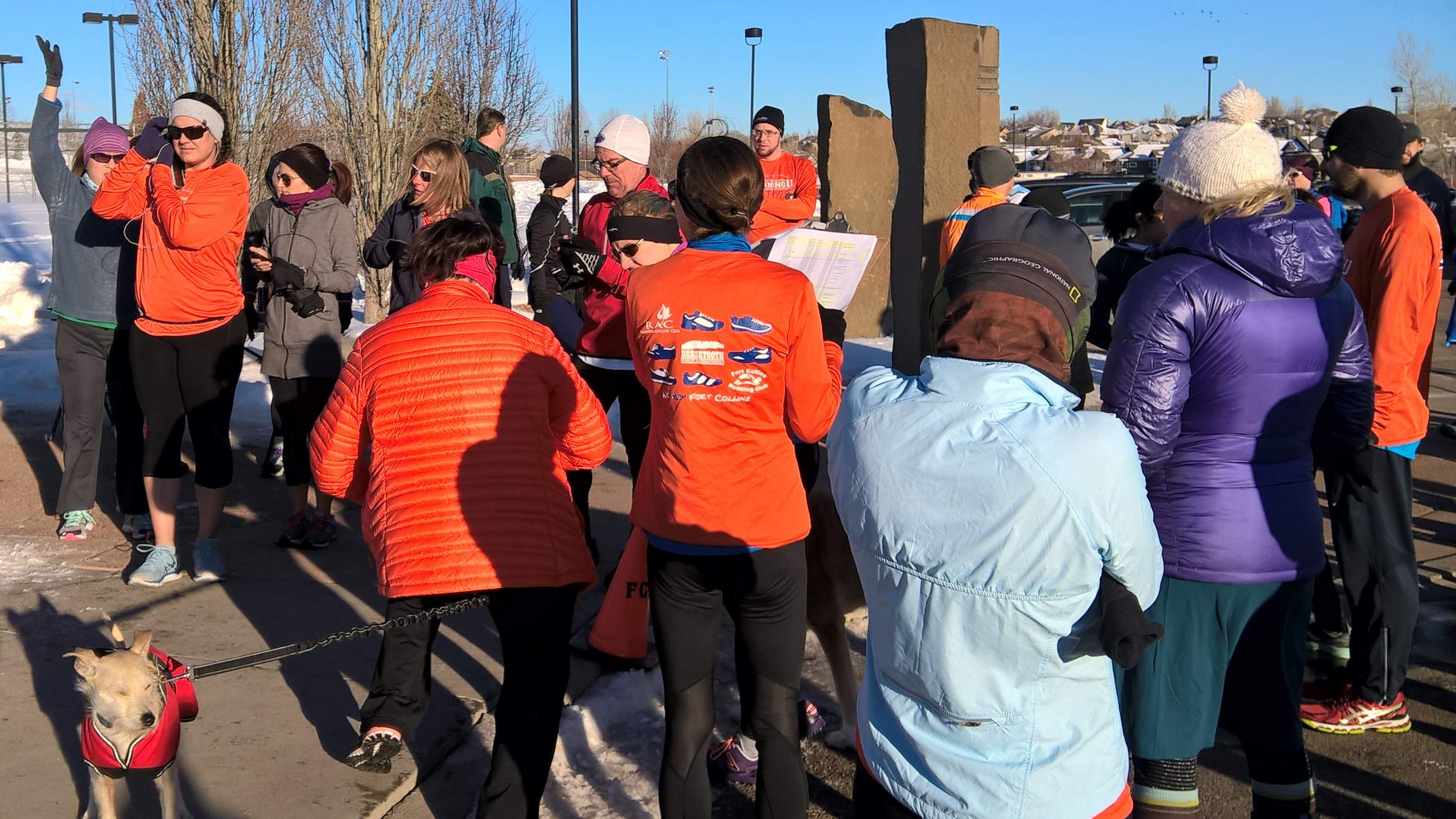 Considering the sea of people wearing orange shirts and puff jackets, you would be forgiven for mistaking the beginning of the Fossil Creek Park 5k for a Denver Broncos tailgate party. Then again, this particular Fort Collins Running Club Tortoise & Hare race always occurs on Super Bowl Sunday, and later in the day the Broncos would be playing the Carolina Panthers in the big game. So everyone’s fashion sense was wholly appropriate.

Peyton Manning is actually someone I can sort of relate to even though I have not quarterbacked on a wide open grassy field since the days of flag football in middle school P.E. Not only am I older than Peyton by less than a year, but our historical January and February athletic results have typically been subpar. Also, both of us have suffered unsteady performances over the last year or so.

Still, I hoped to run a respectable race which (for me) I defined as a sub-21 minute 5k. The weather gave some hope: 31 degrees Fahreinheit at the start. It was warm enough to strip down to shorts, thereby eliminating the excuse of “I wore tights that restricted my leg movement and added weight.”

I began running well enough. When it was time for my start wave to begin I got a jump on the others and felt fairly relaxed with decent turnover and stride length. The first mile passed by somewhere between 6:23-6:32, depending on whether you believe my Microsoft Band 2 or Strava. I am more inclined to believe the former due to past analysis of how Strava seems to interpolate slower times than those reported by GPS devices.

But by the second mile without even having to look at the Band, I could tell I had significantly decelerated. The sidewalk narrowed, there was more ice, and there were other runners (and doggies) to dodge. My breathing was strained like I had suddenly become anemic. Maybe I started out too fast.

After the turnaround I felt even more uncomfortable, especially now that we were running into a headwind. I also was developing a bit of a side stitch—something that occasionally happens when I am breathing too hard. My legs, while not exactly sore or in pain, did not have any spring in them. And then I got caught and passed by several runners from behind, some from my wave and also speedsters who started after I did.

After the final curve I was able to pick up the speed (6:05/mile over the final 240 meters according to Microsoft Health) but by then it was too late. Final time was 21:33. Booo. That was better than what I ran here in 2015 and 2013, but underperforming even compared to mere training runs from November and December in St. Louis.

As it turned out, Peyton Manning also did not look much like his vintage self in Super Bowl 50. But unlike I, the Broncos still won. Hooray!