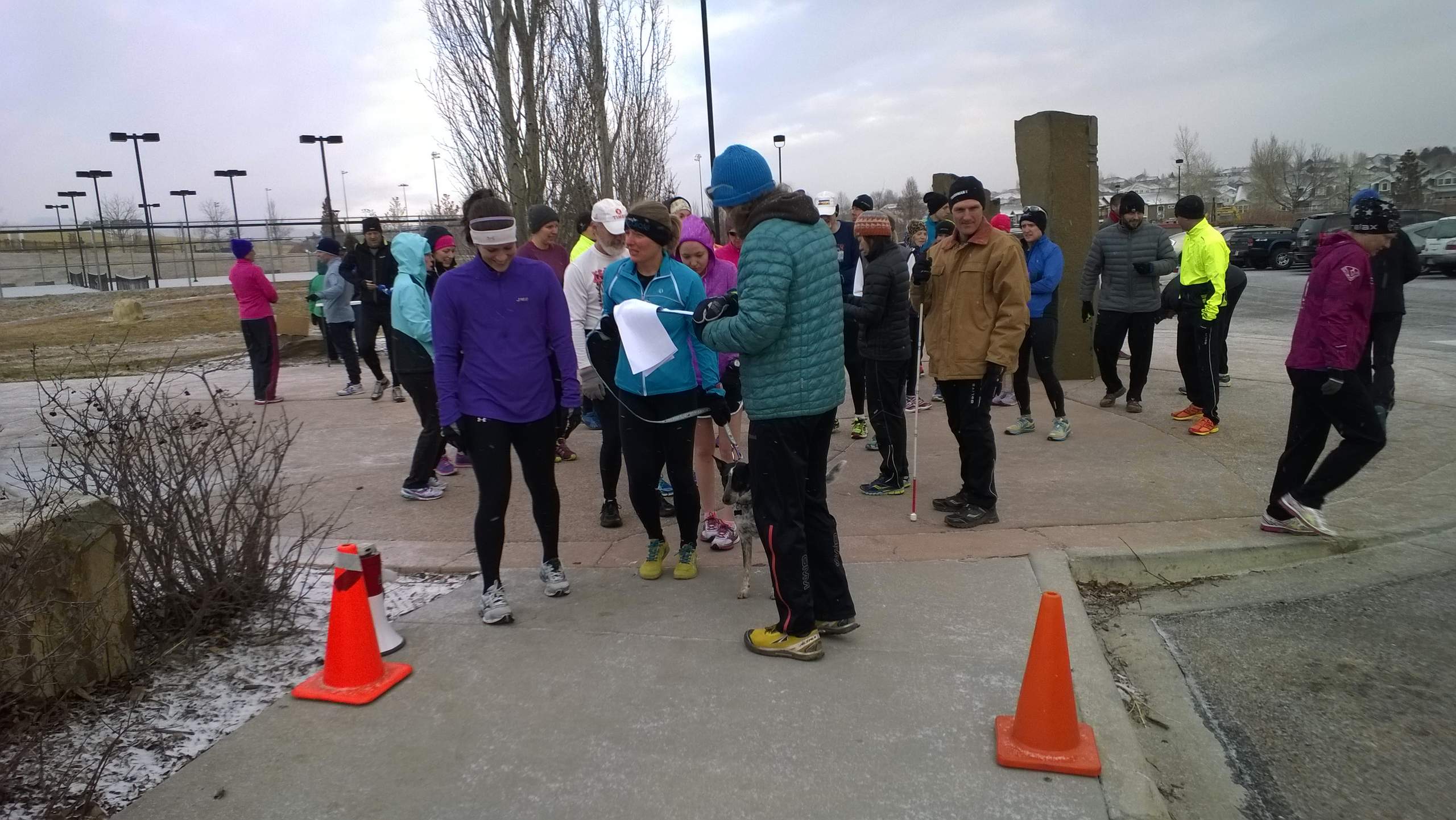 Super Bowl Sunday. Last year on this day I was running during a visit to California and strained my left calf after one mile, resulting in my first running injury ever. This year I was in Colorado so I had no excuse not to do this month’s Fort Collins Tortoise & Hare race. Better result? Hardly.

I haven’t been running that much the last few months and I felt it—I just had no pop in my legs. By the turnaround point on the course my legs and body basically had enough. It was cold enough (22 degrees—never mind that I opted to wear shorts today) that by this time I basically threw in the towel and just treated the race as a training run.

Patchworks of ice and snow covered almost the entirety of the path which did not help matters. Despite the smooth-soled Puma H-Streets on my feet, traction was not terrible but I still didn’t dare turn up the velocity until rounding the corner for the final 200m or so.

Final time was 21:58 (7:04/mile). Meh. Add this race to my string of mediocre February performances.

At least I didn’t get injured this time. Nor was it nearly as much of a heartbreaker as the Seattle Seahawk’s giving the game away with 26 seconds left at the New England one-yard line later that night!