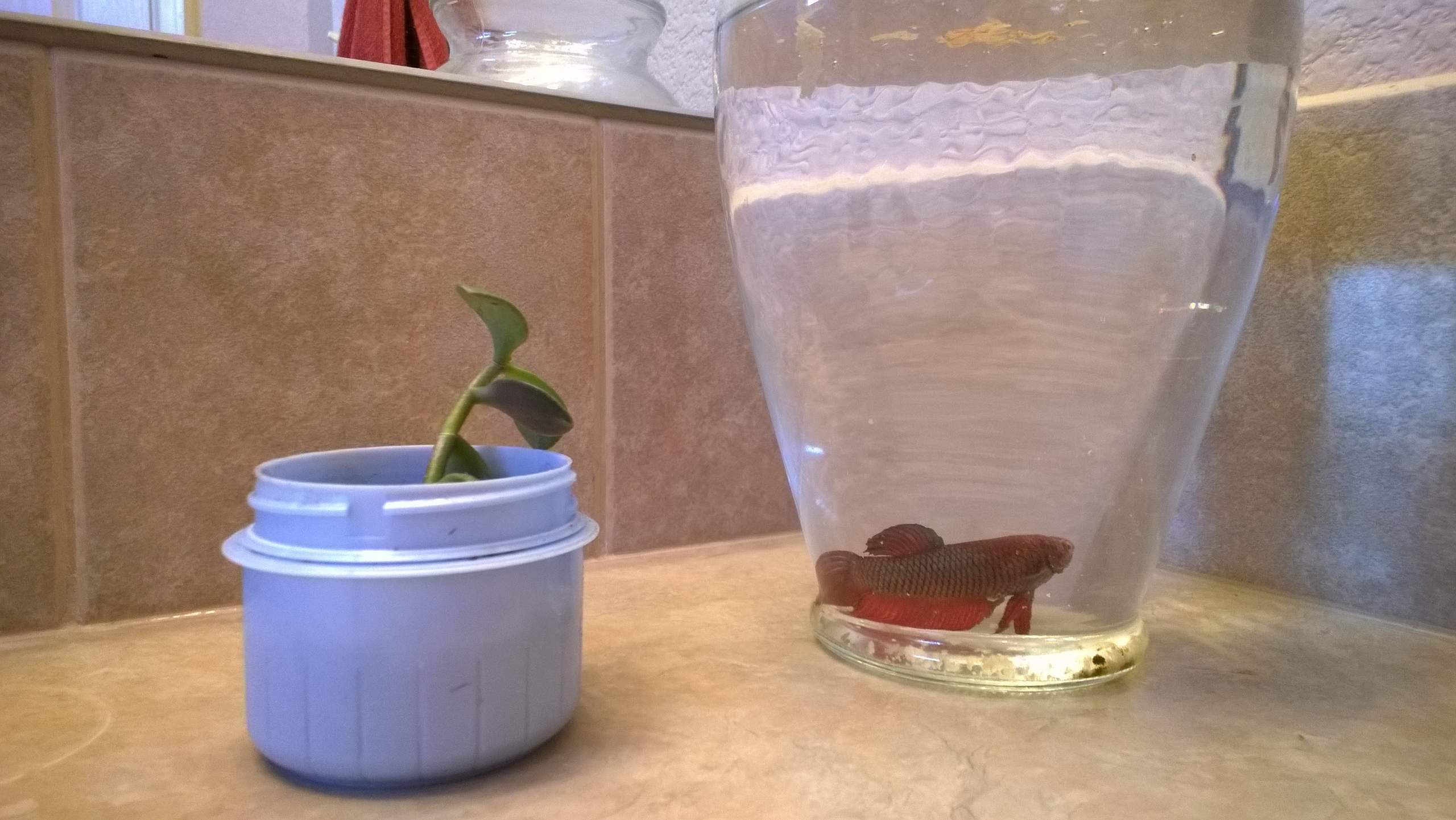 Sorry man, we had a fish pass after just 6 mths but we really got attached to him. We wouldn't have thought we would -- it's just a fish, not a dog or cat. Can't pet it. But either we anthropromorphized him or he truly was curious to see us when we walked in the apartment. ↩ Reply

Aw, you had a fish that passed away too! Yes, it's funny how we can get attached to these swimming little fellas. ↩ Reply

mine is a Sianese fighter fish ↩ Reply