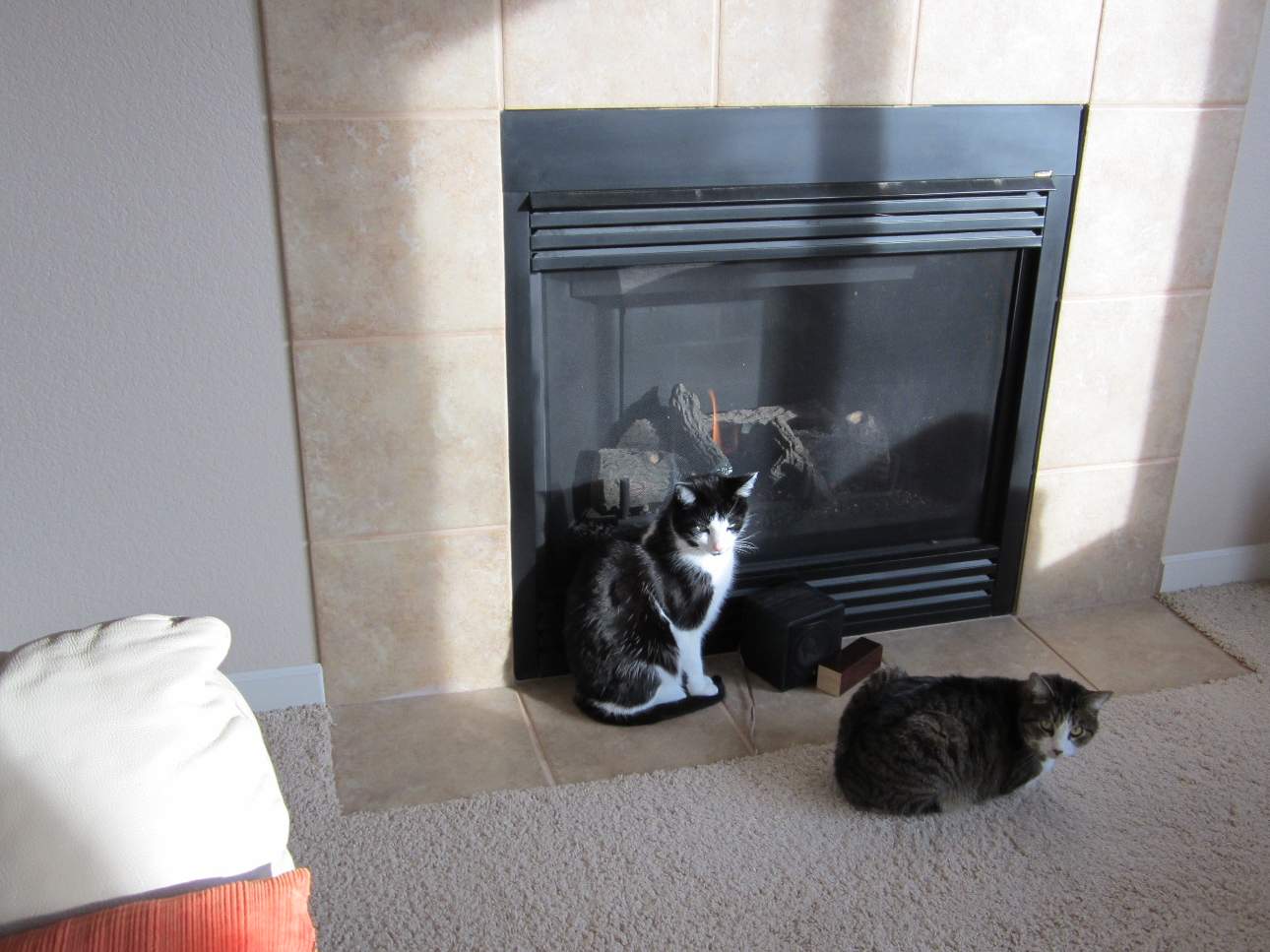 I had just gotten off the phone at 1:30 a.m. on Friday night/Saturday morning when I realized something was not quite right. The thermostat was set in the upper 60s for the house, and the room I was in—the office—is usually 5-10 degrees warmer due to the heat output of my high-powered workstation. Yet it felt like I was outside on a cool San Francisco summer night, the type where the homeless make fun of you if you are only wearing a T-shirt.

A quick stair descent to the thermostat on the first floor affirmed what I had suspected—the house was only 55 degrees despite the setpoint being 12 degrees higher. I checked the circuit breakers and tried restarting the furnace, but after cycling on for a minute it would shut off and remain in a lame state. The furnace was broken. The kitties and I would have to snooze in a sleeping bag by the fireplace tonight.

The first thing on the priority list for Saturday, then, was to get the heat working again. The same thing happened to Tori’s furnace last winter—resulting in her home being just 44 degrees inside and all her fish passed away—so naturally, she was the first one I talked with. What was the cause of her heater woes?

“The furnace part wouldn’t ignite,” she reported. “Turned out to be condensation in the exhaust. Guy said semi regular thing with high efficiency furnaces. Happened twice to me so far.”

So then I spent a couple hours disassembling the furnace—of course after Googling “furnace” and “condensation.” My conclusion was that the condensate drain was not clogged at all. However, in the course of disassembly, I determined with an ohm meter that the pressure switch was not working. Aha! That must be it, thought.

A Home Depot run ensued. However, their salespeople confirmed that this was not something they carried. I came out disappointed, much like a few months ago when my garage door opener broke and the big-box home improvement store did not carry the Genie screw drive carrier I needed. In that case, I had to wait five days to receive a new one from an Internet vendor, and had to resort to this rather ghetto method in order to back out any of my vehicles from the garage:

Not wanting more days of home ownership dysfunction, I was determined to get the part locally this time. My phone revealed that there were at least five or six air-conditioning/heating companies within a one-mile radius of Home Depot. Thus I did a drive-by of all of them. This being a weekend, however, they were all closed. No dice.

No worries, I thought as I drove home. If the pressure switch is broken, I can just jump it—much like hotwiring an old car—to get the furnace working at least for the weekend while I order the new part.

Back at home and eager to get this fixed in time for the Denver Broncos/Baltimore Ravens playoff game, I connected the input and output leads of the pressure switch to each other. Then I turned on the furnace and a minute later… it shut off again. D’oh! The pressure switch wasn’t the problem, then. And indeed, when I checked it with the ohm meter again while blowing into it, the switch was working just fine.

Already I had spent over six hours trying to diagnose the problem and drove around town looking for a part that didn’t even need replacing. I was going to have to call in the experts, I resolved. But it didn’t sit too well that I was going to have to pay someone an emergency weekend rate to fix this heating appliance, and worse, that I—a mechanical engineer—couldn’t figure this out on my own.

So I did one final Google search: “Why won’t my furnace ignite?” And this is when I discovered the existence of something called a hot plate ignitor.

That must be it, I thought.

I located mine, removed it and did another ohm meter test. There was infinite resistance, and since I could see a crack in it, I now knew I had positively identified the problem.

Another Internet search revealed that this was a $40 part, and that there was a heating supply store where I could easily get this locally. At least when it opened on Monday morning.

The kitties and I would have to sleep by the fireplace for another couple of nights. Of greater concern was the livelihood of Beta Test the betta fish (a.k.a. Mr. T), a cold-blooded creature who surely was going to die if his swimming water was going to reach the ambient air temperature of inside the house.

His fish bowl, then, was relocated to behind the aforementioned high-powered workstation computer, with everything covered by a towel. Mr. T, in essence, went camping:

A couple days later—Monday—I drove over to RNR Supply in Fort Collins, arriving there just five minutes after its doors opened. This morning was particularly frigid, as you can see in Teeter’s outside temperature reading below (-1 F). A reminder that the second weekend of January is usually always the coldest for Northern Colorado, which are usually two or three days of the year when the high temperatures remain mired in the single digits (Fahrenheit).

I bought the part, rushed on home, installed it within another five minutes, and turned on the furnace again. This time after a minute, gas within the furnace ignited to a wonderful blue color, and the furnace stayed on and hot air was expelled through every single vent in the house. Success! I thrust my arms in the air, jumped up and down and cheered to no one but the kitties.

The house temperature crawled back into the mid-sixties (from 44 degrees) within a few hours, and the cats and I would no longer have to huddle by the gas fireplace. Mr. T would also conclude his camping excursion.

I am living a similar experience, ups and downs, -found the problem! --Not the problem, buy a part- not the problem, think I got it now,- nope! still nothing. You would think I'd finally had enough, and call a repair man but not yet, I have'nt spent quite enough time and money. Still working on it though, using a kerosene heater. Thanks for making me feel like there is hope! Dan ↩Reply

Hi Dan, hope you figure out the issue. Sometimes these sort of problems are fun to try to solve (at least when successful)! Hope you get your heat back soon. Thanks for stopping by my blog and good luck! ↩Reply