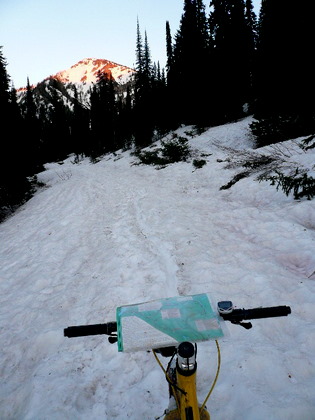 The other week, Adventure Journal came out with their list of the World’s Toughest Races. Races for cycling, running, sailing, canoeing, and even “exercising” (what the Deca Ironman was classified under) were included.

Can you guess what they picked as the top two most difficult races in the world? Hint: I have done both of them!

This is how they described the Tour Divide and the Furnace Creek 508:

1. Mountain Biking: Tour Divide/Great Divide Race
The world’s longest unsupported off-road cycling race began as the Great Divide Race in 2004, when four racers finished time-trialing the U.S. portion of the Great Divide Mountain Bike Route from Roosville, Montana, to Antelope Wells, New Mexico, in less than 30 days. In following years, a handful of racers gathered to compete, and in 2008, an additional section of the route was added to the course, starting in Banff, and the race lived on as Tour Divide, a 2,745-mile string of jeep roads, singletrack, and pavement. Most riders start en masse in Banff the second week of June, and half will finish. In 2012, New Zealand cyclist Ollie Whalley sets a course record with a time of 16 days, 2 hours, 46 minutes. Or almost 170 miles per day. 170 miles a day.

2. Road Cycling: Furnace Creek 508
For most mortals, mashing out 508 miles and 36,000 feet of elevation gain would be a good week on a bicycle—it’s roughly four mountain stages of the Tour de France ridden consecutively. Competitors in the Furnace Creek 508 have 48 hours to finish all that, over 10 mountain passes in the California desert. Drafting is not allowed. IV fluids are not permitted. It’s invite-only, with about 90 solo cyclists and 50 relay teams competing each year. Roughly 60 percent of entrants will cross the finish line.

Some of the other races look interesting too, if not a little loco.

But since I’ve already done the two most difficult races on the list, I guess that means I can hang my hat and be a couch potato now. Just kidding.

Are you the only person to have finished both? I imagine the Venn diagram is pretty skinny in the middle. If not, the fastest, slowest, youngest, oldest, or some other designation? ↩ Reply