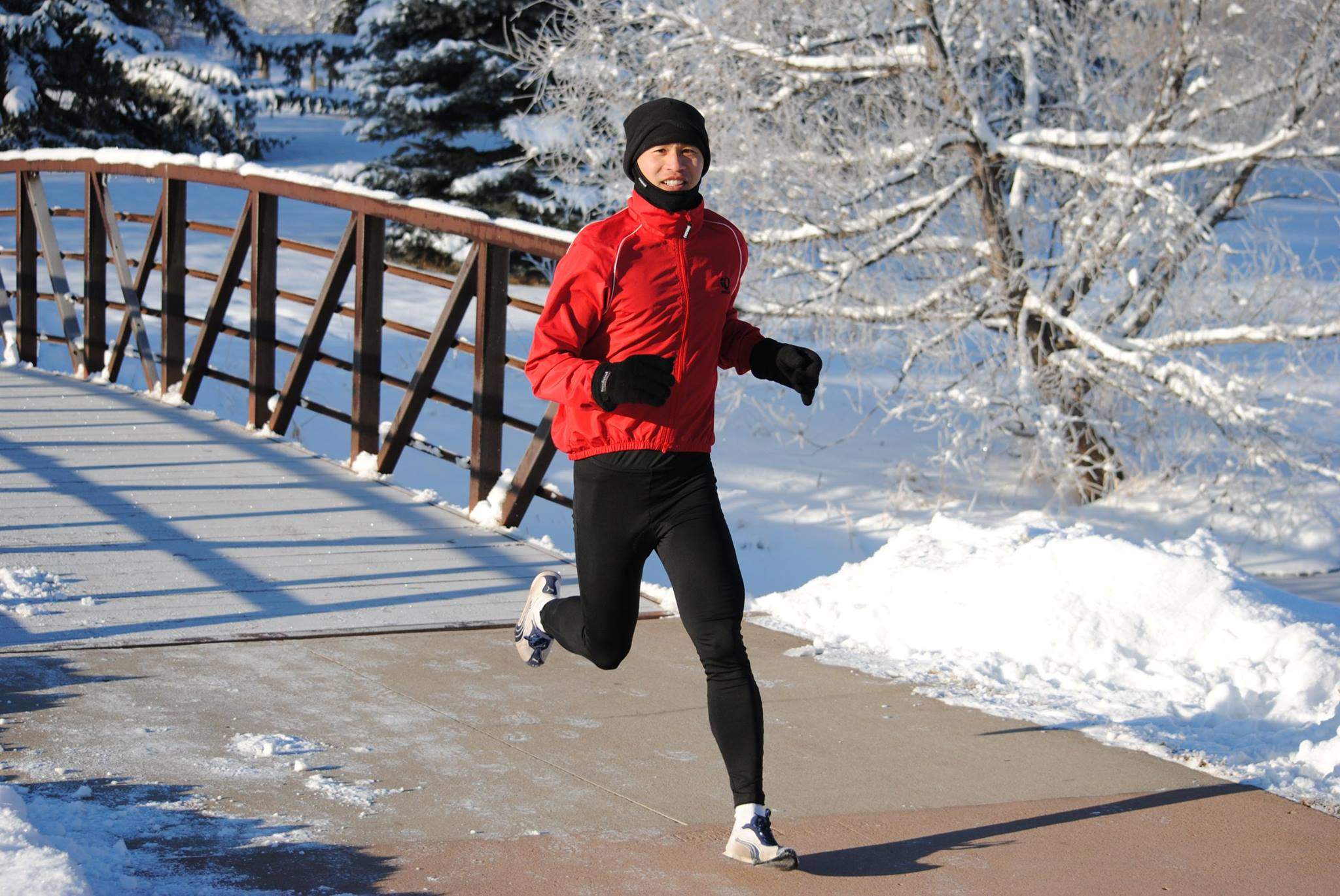 As I drove to the start of the Edora Park 8k Tortoise & Hare race put on by the Fort Collins Running Club, I watched the numerals smack-dab in the center of the gauge cluster that represented the outdoor temperature. They started at 12F—at which point I was actually thinking that’s not that cold—but then started to drop like a football at the tail end of a Hail Mary pass. 10F, 8F, 4F… when I had passed by midtown Fort Collins the digits had plunged to 1 degree!

Fortunately, at Edora Park itself, the temperature was back up to 5F. Not to mention by that point I had already decided that brrrrr-inducing weather was simply Not A Good Excuse to not run. The Vikings and Seahawks, after all, were to play in even lower temperatures that day in Minneapolis, and many players had already stated their intention to not wear gloves or sleeves. Never mind that the players would have heated benches and giant radiant hot air blasters to retreat to on the sidelines, or that a few of them have IQs lower than a standout octopus.

When it was time to start turning over the legs like a nut-seeking squirrel, I was feeling completely confident that at least I’d be able to beat my time from last year’s race which featured similar conditions but much worse training. That is, until 10 seconds into the race I slipped on ice and screamed “agghh!” like Elmo. I avoided a faceplant but that would later make alarm bells go off in my head whenever I would see snow or ice on the trail. Tricky footing probably slowed me down by at least 10 seconds per mile.

Otherwise, I was feeling pretty good. I’ve done a lot of tempo workouts the last couple months and while I was not going to achieve any sort of personal record I felt like I could push a little bit. By the orange turnaround cone at 2.5 miles, only 17 minutes had elapsed, which I felt was decent. On the way back, I continued to pass many folks who started before me in this staggered-start race.

It turns out I slowed by 20 seconds/mile in the second half, but at least no one who started after me caught me. I also felt that I would have been faster if there wasn’t a 90-degree turn followed by ice in the last stretch as it prevented me from doing my trademark sprint. In hindsight, I should have sprinted the last 200 meters to the sharp turn, then be more conservative in the 75-meter finishing straight.