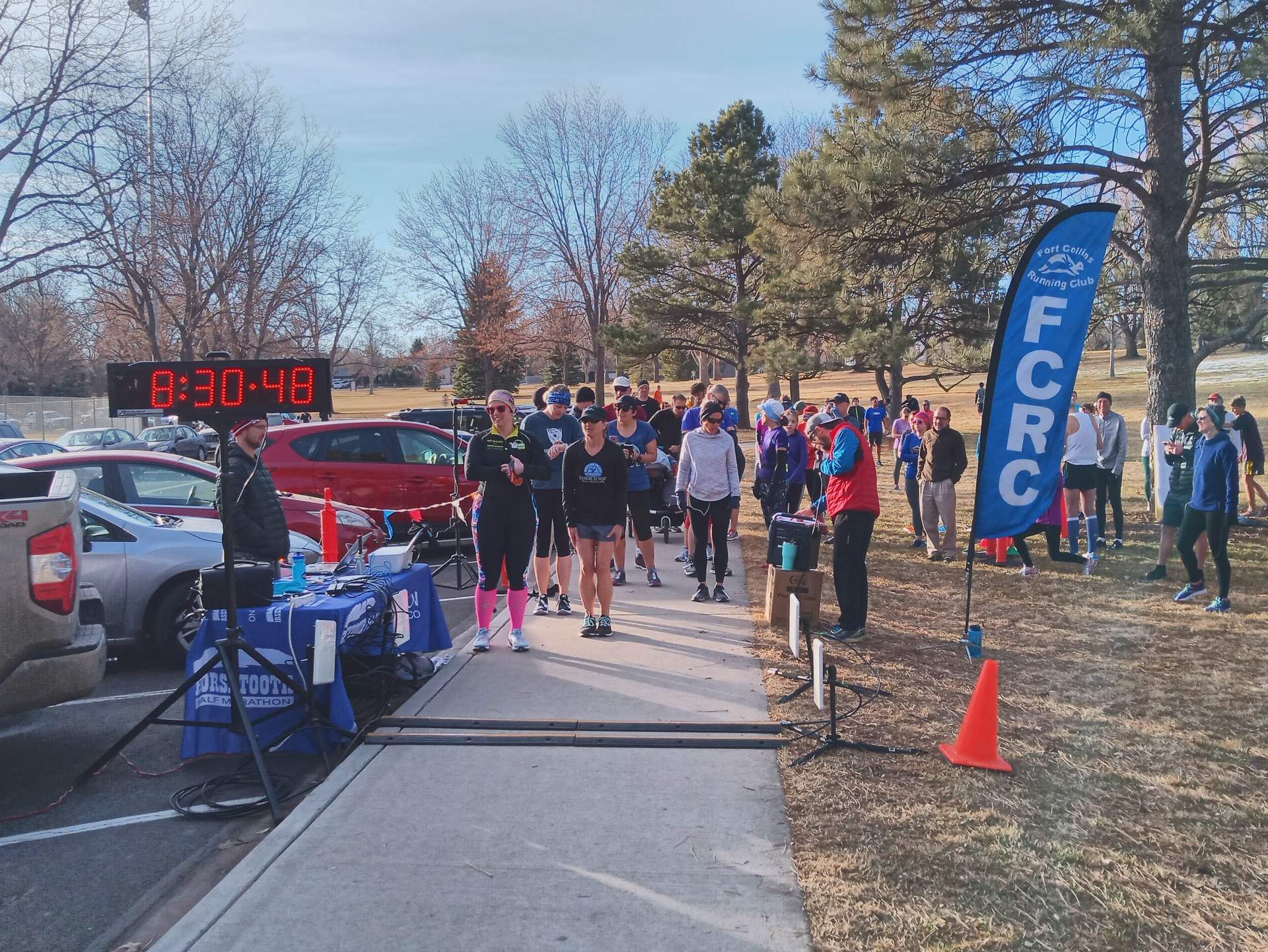 “Woah, it’s already 39 degrees,” I realized upon waking up for today’s eight-kilometer Tortoise & Hare race put on by the Fort Collins Running Club. “It’s going to be singlet and shorts weather today.”

Not only did the race turn out to be warm (easily 50s Fahrenheit by race time) with no snow or ice on the trails, there was no wind. So this was kind of a no-excuses race.

Accordingly, I ran the first mile focused on taking the shortest line and not going out too fast, clicking it off in 6:44—decent but still felt manageable. I slowed only a little bit the next mile. Not long before the 2.5-mile turnaround cone, my friend Tammi running in the other direction told me to “kick your ass!” The reminder to (nearly) kick myself in the butt with the trailing legs was actually very helpful.

The last couple miles, as usual, felt the hardest. Mile 4 seemed especially hard despite the flat terrain, although looking at the splits, I was a few seconds faster than the final mile. The fifth mile was my slowest (7:14) despite digging deep for much of it and then sprinting the last 200 meters.

When I crossed the finish line I was happy to see that I came in five or six ticks under 35 minutes. My goal was actually sub-seven minutes per mile, so with under 35 minutes for five miles (or eight kilometers), I figured my overall pace was just under—like 6:59/mile or so.

That’s academic though. As much as I would have liked to have run that last mile a few seconds faster to achieve the pre-race goal, at least it was not, say, a disastrous fourth-quarter collapse like what the San Francisco 49ers suffered in the Super Bowl later that night. And of course, the stakes weren’t nearly as high.

Mostly, it was great to be able to run a race on this morning. The following day, there was four inches of snow and a high temperature of only 29F!

I love helping you anyway I can Felix. :-) Great 8k & also really enjoy reading all your articles! See you soon~ ↩ Reply

Thanks Tammi! Good job at the race! See you soon! ↩ Reply