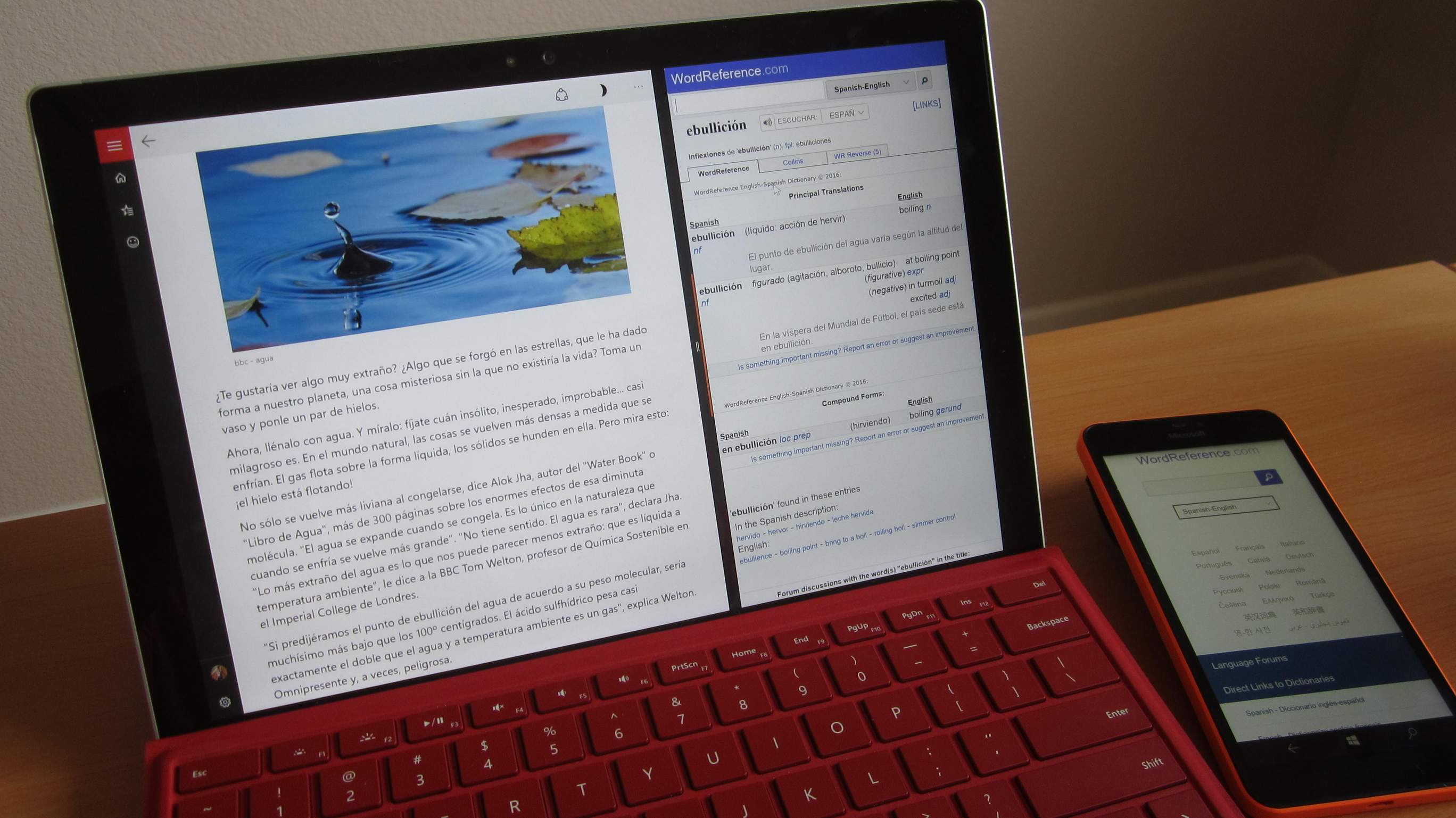 For the last couple months I’ve been using an online resource called WordReference even more than Wikipedia. This is because in order to not “waste” so much time reading the news and to enhance my foreign language skills, I’ve been reading or watching the news only in Spanish or French. Because I am not a native speaker in any of those languages, I frequently encounter words I do not know. This is where WordReference comes in: it is the world’s top online dictionary for English-Spanish, English-French, English-Italian, Spanish-French, and Spanish-Portuguese, and is useful for many other languages as well. I especially like this resource because it explains context of words and idioms very well with discussion forums for them.

However, there was not a decent WordReference app for Windows 10 PC or mobile—at least not one with a UI nearly as good as the website’s—and I got tired of switching tabs in my web browser all the time, especially on the phone where it got confusing. So this is why I created WordReference Wrap, a third-party Universal Windows Platform (UWP) app that packages the mobile website in a tidy app that can be pinned to a Windows 10 start screen.

Why install this web wrapper when the website works perfectly fine? Key reasons:

A user of the official iPhone app says she even prefers my Windows 10 app “because it is easier to check conjugations.” She now has WordReference Wrap installed on her Microsoft Surface 3 and Microsoft Lumia 640 smartphone.

Download the app from the Windows Store for free. I make no profits from any of this and only created it because I found it useful and thought at least a few others would too. In its first three weeks of release the app has been downloaded 205 times. Plus I like building things and it was a good learning experience in using Microsoft’s Visual Studio for creating my very first Windows app.

Typing in words with accent marks (e.g., ésto, mañana, magnífico) will yield a WordReference error akin to “maÃƒÂ±ana, No English translation found for ‘maÃƒÂ±ana’.” This also happens when using Microsoft Edge at wordreference.com (not with other browsers, however).

I suspect the web engine for my app and Microsoft Edge are the same and therefore do not believe there is anything I can do to remedy this problem. There are a couple workarounds, however.

Enter the word without using accents. (E.g., manana instead of mañana).

Enter the word using accents, and when you get the error, click on the word you want when the error message suggests, “Did you mean?”

Email me with any questions or leave a comment at the bottom of this page.

If you find this app useful, please consider giving it a 5-star rating in the Windows Store. Thanks!