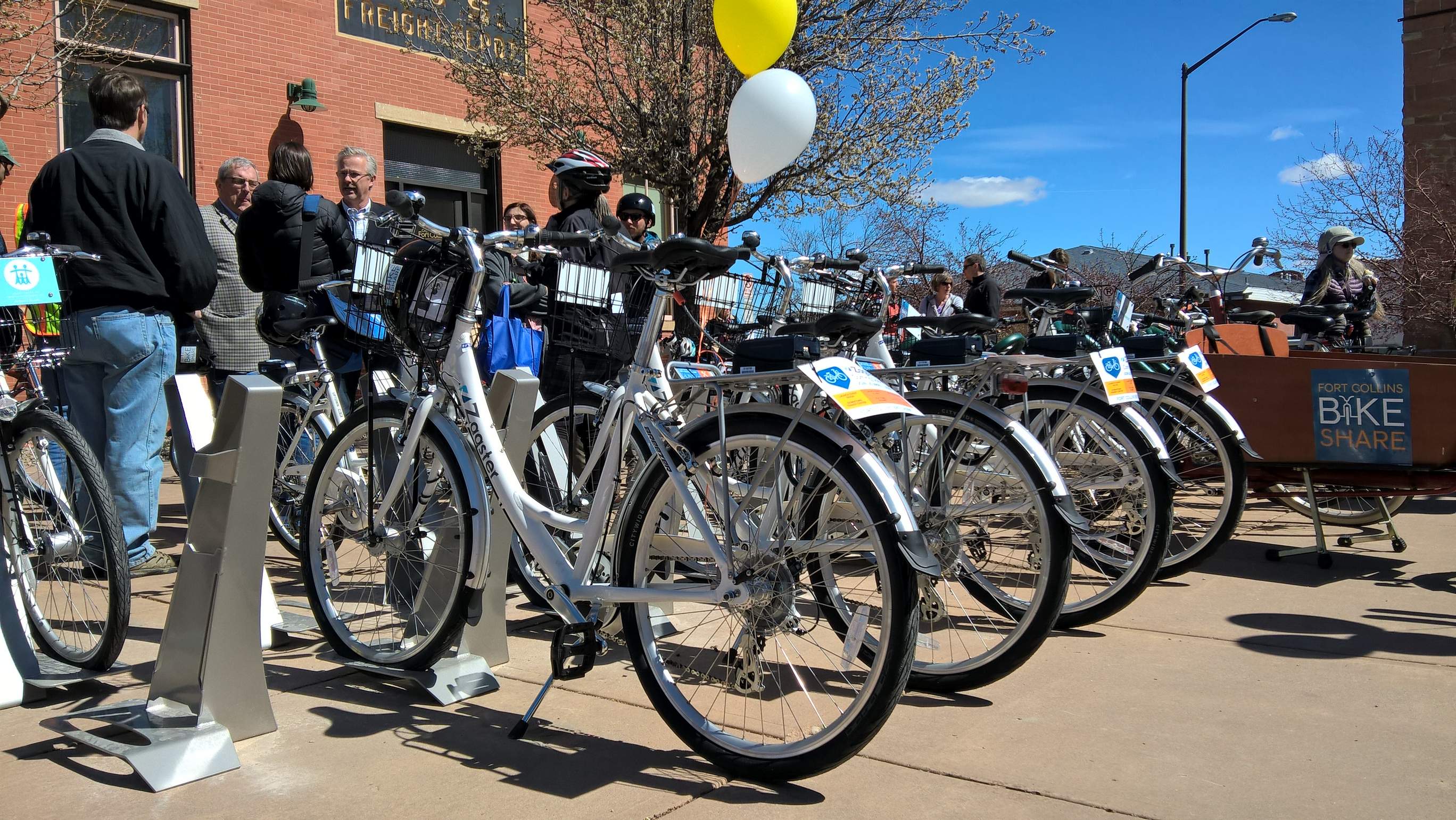 I first used city bike share when vacationing in Paris three years ago, and rode around the city on iconic Velib cycles. It was a convenient and relaxing way to travel through the City of Lights, one that made me eager for the time city bike share would spread to America.

So being something of a city bike share enthusiast, I attended the ribbon-cutting ceremony today in Fort Collins at noon. Our Bicycle Coordinator, Mayor and City Manager gave brief speeches, thanking the public for its support in making this program happen and emphasizing how Fort Collins is one of only five Platinum Level cycling cities in the country (as rated by the League of American Cyclists). The audience showed their appreciation to the speakers by applauding them with the cheery dings of bicycle bells.

A representative of Zagster also told us how Fort Collins is its 131st bicycle share program in the nation, but is unique because it is the only city to have a hosted staff and cycling ambassadors for its program. He also confirmed that the founder of Zagster was also inspired by—where else?—Paris, but that his company is focused on smaller and medium-sized cities.

The bicycles feature a convenient step-through design like Paris’, along with front and rear lights and a lock. I have to say, however, the Velib bicycles are more aesthetically pleasing than Zagsters. For example, the Velib bikes have lights integrated into their fenders, internally geared hubs, hub brakes, and have cable locks permanently attached to the baskets. In contrast, the lights and bell on a Zagster look like (and are) bolt-on affairs, and the lock is a tough, removable U-lock that is not integrated into the bike at all. Generally speaking, the Velibs look sleeker. (Refer to my Paris post for photos of the Velib bicycles.) But I would wager the Zagster bikes are less expensive and easier to maintain.

The ceremony concluded with a 1-mile lap around Old Town and the downtown library on bicycles. I rode my Huffy Cranbrook cruiser in the parade, so I cannot tell you how the Zagsters ride yet.

More info on how this program works, including where stations are and how much riding the bikes costs is in this article by the Coloradoan.