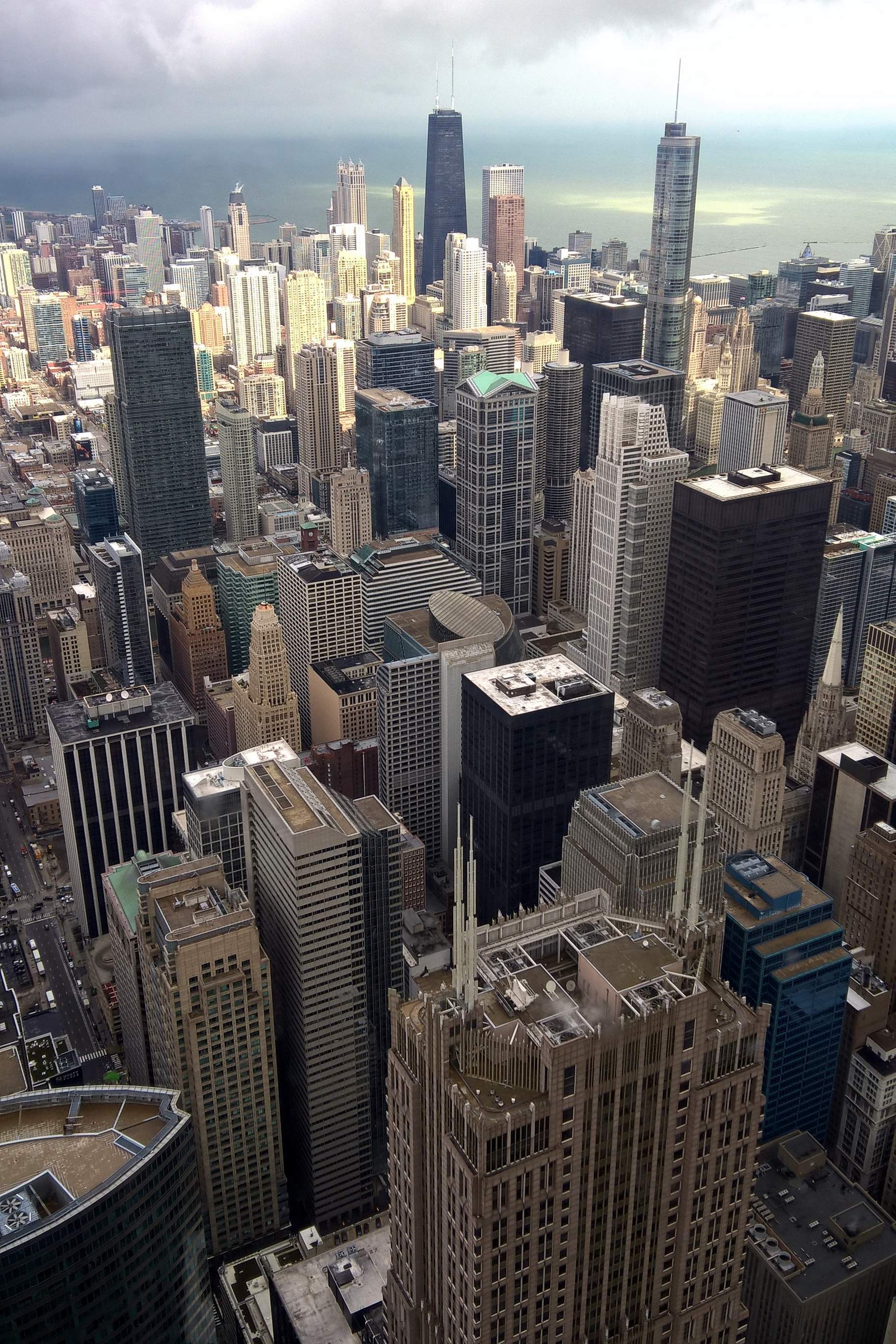 Maureen had a conference in Chicago, so instead of St. Louis we decided to meet up in the Windy City. Except that America’s Second City (actually third largest city) was not so windy this particular week in April.

But it was cold. Colorado’s unofficial motto of “if you don’t like the weather, just wait 10 minutes” could have been used as long as the word “don’t” was redacted, as three minutes of sun and blue sky would then be followed by fifteen minutes of rain and snow. I’ve never witnessed such capriciousness in weather as when we were strolling around Maggie Daley and Millenium Parks. My proclamations of “it’s sunny!” were quickly recanted and followed with “oof it’s snowing again.”

Fickle skies aside, we enjoyed visiting this city of skyscrapers which is a virtual paradise for connoisseurs of modern American steel architecture. Here’s a list of the places we went to during a span of less than three days:

Flights, rental car, good food and even our posh 4.5-star hotel were surprisingly affordable and traffic not too horrendous. However, parking fees were eyebrow-raising, as in $38 for 3.5 hours or $140 total for 2.5 days. If you are on a strict budget and are going to venture downtown at all (where all the TripAdvisor best sites are), consider skipping the rental car and hopping onto one of the city’s delightfully stylish and cyan city share bicycles instead.

That is, of course, unless you are not prepared to encounter huge snowflakes and possible gale forces in the Windy City in April.