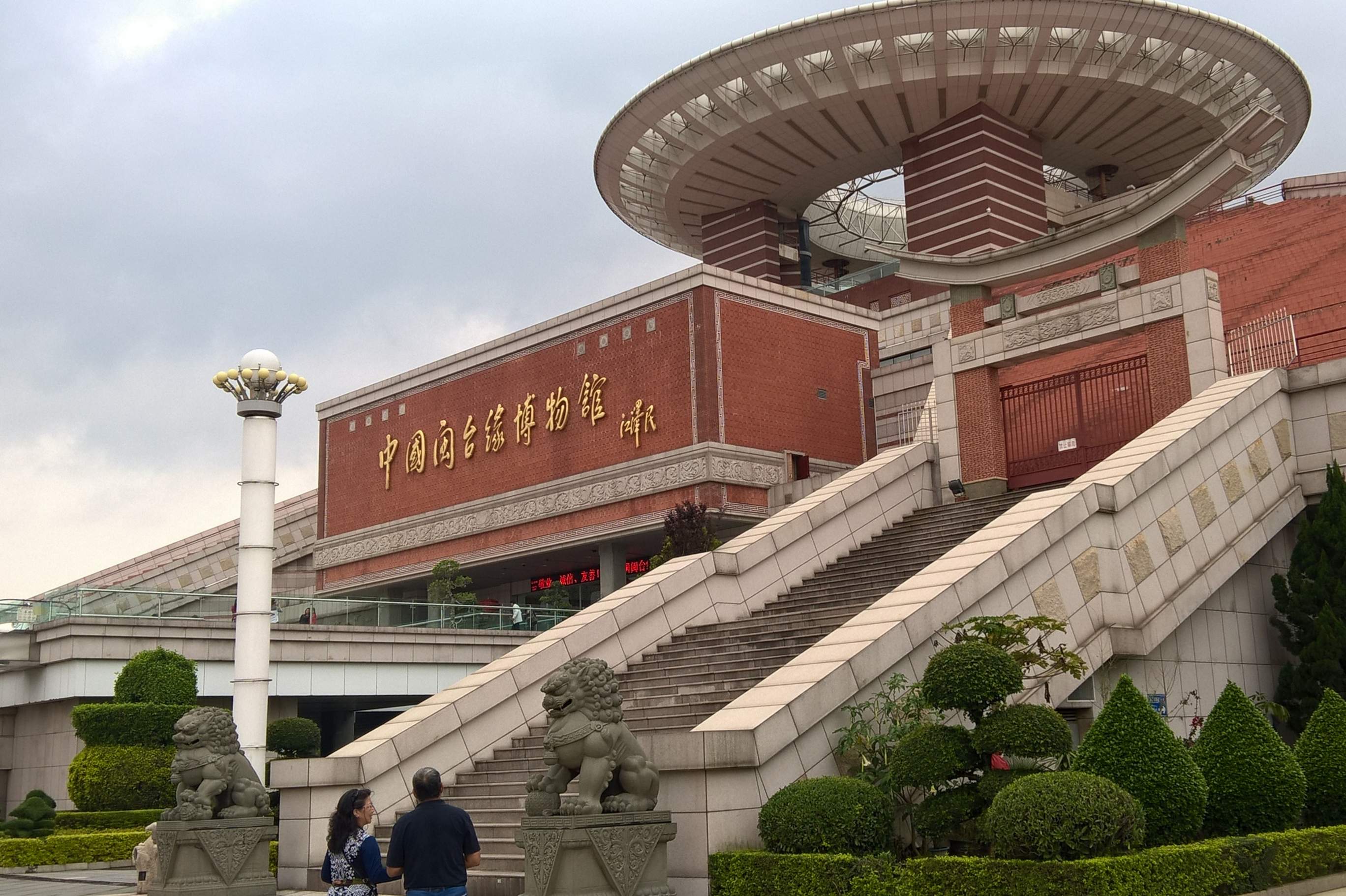 After visiting the Kaiyuan Temple and before leaving Quanzhou—the closest city to Taiwan in mainland China—our tour bus stopped by the China Museum of Fujian-Taiwan Kinship.

As you can guess from the name, this is a national museum that explains the historical relationship between the mainland province of Fujian and the island of Taiwan. Initially I suspected that this center—completed in 2004—was created for propaganda purposes to help “educate” youngsters and visitors as to why Taiwan needs to reunify with China, but I came out thinking that museum managed to stay away from making too many political statements.

It explained how the two regions share much culture and religious beliefs in common. For example, they both have temples for people to worship Mazu, a goddess who is said to protect seafarers such as fishermen and sailors. (There are Mazu temples in other countries too, including Australia, Hong Kong, Japan, Macau, Malaysia, Myanmar, Philippines, Singapore, Thailand, the U.S., and Vietnam.)

On display are also many stone and wood carvings, embroideries, and puppets.

Due to their proximity, the people of Fujian province and Taiwan undoubtedly share many cultural roots. Many of their ancestors also stood together in the face of Japanese militarism, as explained by a placard that said the following:

Since the modern times, Japan has carried out constantly militarism and expanding polices (sic), heartless invaded China’s mainland and Taiwan. Facing the Japanese cruel aggressors, the Chinese people, neither to yield nor flinch, one stepping into the breach as another fell, fought bravely and heroically. From the “Mudan (Peony) Society Incident” to resistance against the Japanese colonial rule, the Taiwan people and the people of China’s mainland fought bloody battles hand in hand, shoulder to shoulder and won the great victory in the resistance against Japan. And Taiwan at last returned into the embrace of her motherland. In the struggle for the independence and emancipation of Chinese nation, the people on both sides of the Straits shed their bloods and lay down their lives, and fought jointly against the Japanese aggressors, forming an important part of anti-fascism struggle in the world.

Hmmm, maybe there was quite a bit of propaganda in this museum after all.