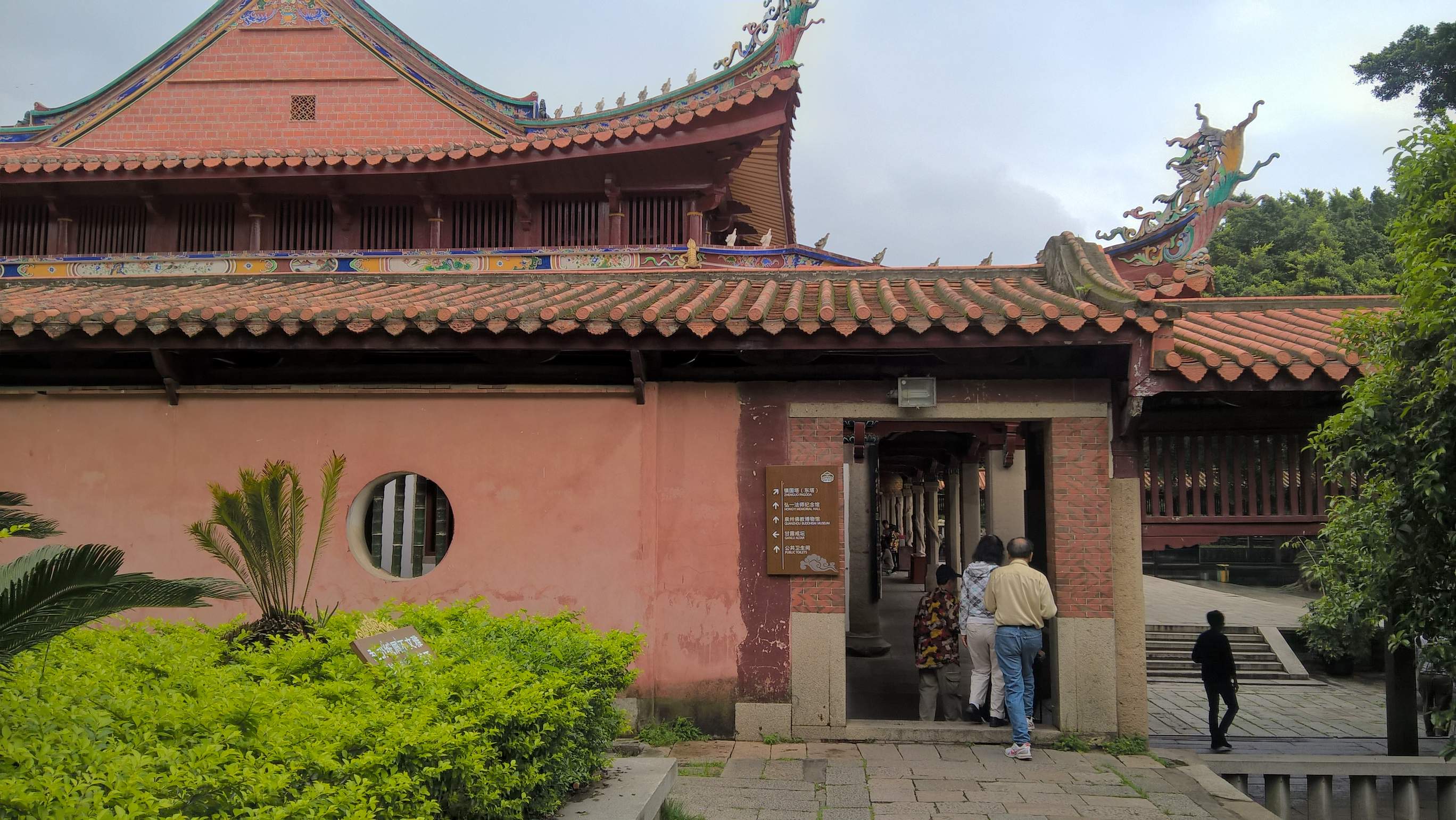 After a morning bus ride from Xiamen, our tour group stopped by the Kaiyuan Monastery (also known as the Kaiyuan Temple and Ziyun Hall) in Quanzhou, China. It is known as a “Hindu-Buddhist temple,” but the most important hall is that of the main Buddha (Vairocana Buddha) and therefore can be considered primarily a Buddhist temple.

The monastery was built during the Tang Dynasty around 685. Granite carvings were done in a South Indian style, and are similar to 13th-century temples in the Chola Nadu region in Tamil Nadu of southern India.

Two pagodas are on site: the Reshou Pagoda and Zhenguo Pagoda. The Kaiyuan Temple was designated as a national temple in 1983. (Source: Wikipedia)

My last name (i.e., family name of Wong: é»„) could be found on various pillars, as shown in one of the photos below. But I am not sure what the connection is.