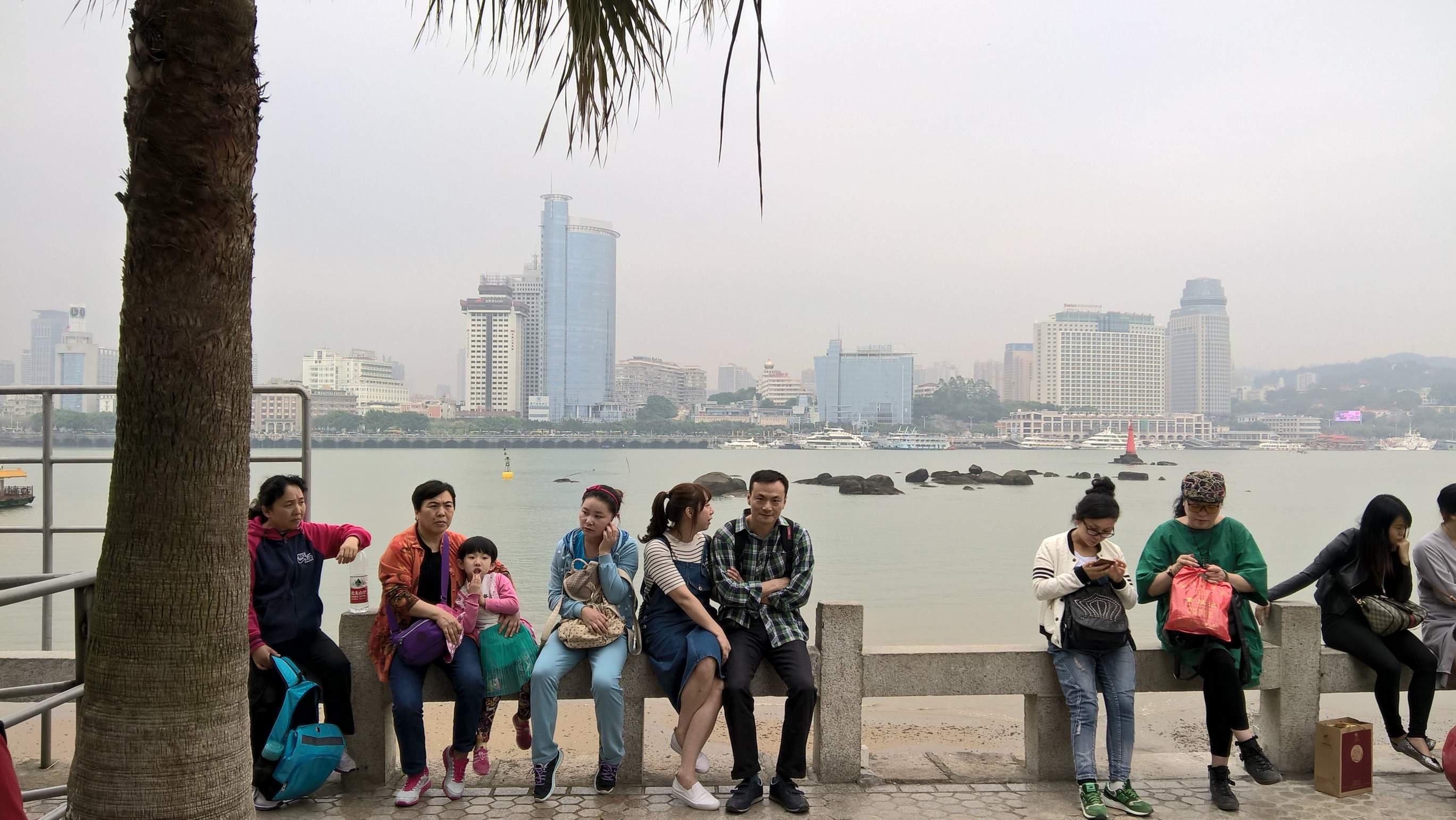 “I never thought about visiting Xiamen before,” my dad said in the Chinese city that was first and last stop of the 8 Days Fujian Wonderful Tour. “But we wanted to go to Taiwan, and Xiamen is so close to Taiwan that we decided to add it.”

How close is Xiamen to Taiwan? The width of the Taiwan Strait is about 110 miles, and Xiamen to the nearest point of the Taiwan island is well under 150. It’s close enough that Balloon Boy could have almost flown the distance, and is much closer than the Russian land that Sarah Palin could “see” from her home in Wasilla, Alaska.

Our tour guide assured us that it is not possible to see Taiwan from any harbor in Xiamen, but that was ok because there was plenty to see in Xiamen itself. We had a free afternoon before the Fujian tour commenced, so we wandered the streets near the hotel we were staying at looking for a good meal. The city seemed quite pleasant, modern, and clean. There was a lot of construction going on, but this only underscored that Xiamen—like most of the other large Chinese cities I’ve been to—is still growing at a rapid pace.

When the Fujian tour began we left Xiamen right away, but returned to it after circumnavigating the Fujian province. We then checked out the harbor on a brilliantly sunny day, and I could see how Xiamen could have been dubbed “China’s most romantic leisure city” in 2011 (see Wikipedia article).

We also spent an evening on Gulangyu Island—a 5-20 minute ferry hop away from Xiamen—that has the distinction of being the only international settlement on Chinese soil aside from a region of Shanghai. The British once played a prominent role in the administration of the island, and thus we saw some Victorian architecture there. Multiple weddings were taking place at Union Church on the evening we strolled around Gulangyu.

The final night we went to a shopping district across from Xiamen University, and in the morning hired a hotel driver to bring us back to that institution of higher education. The driver was a tall 30-year-old man sporting a stylish haircut and talked with some of the most pleasing, soft-spoken Mandarin I have ever heard. He was driving a new Changan sedan that seemed more refined than the 2015 Hyundai Accent I recently rented in Chicago (even sported a touch screen).

I imagined that if I had to grow up here, he was whom I would have wanted to be, albeit with a bit more muscle and maybe a different job.

But he seemed to not mind neither playing tour guide nor answering my mom and dad’s questions about his personal history, and offered to escort us to the university after we had parked. Unfortunately, the campus on lockdown, with security guards in front of metal detectors forbidding non-students from visiting the campus except during the hours of 12-2:00 p.m. We could not wait until then because we had a plane to catch to Guangzhou. Thus, we never stepped foot onto the actual university grounds. But the surrounding area was beautiful with a nice pond that was flanked by pagodas and dotted with lotus leaves, and stylish glass-and-steel buildings (including a pair of leaf-shaped ones) in the background.

“I’m glad that we came here,” my mom said on the last day of the Fujian tour. Agreed.