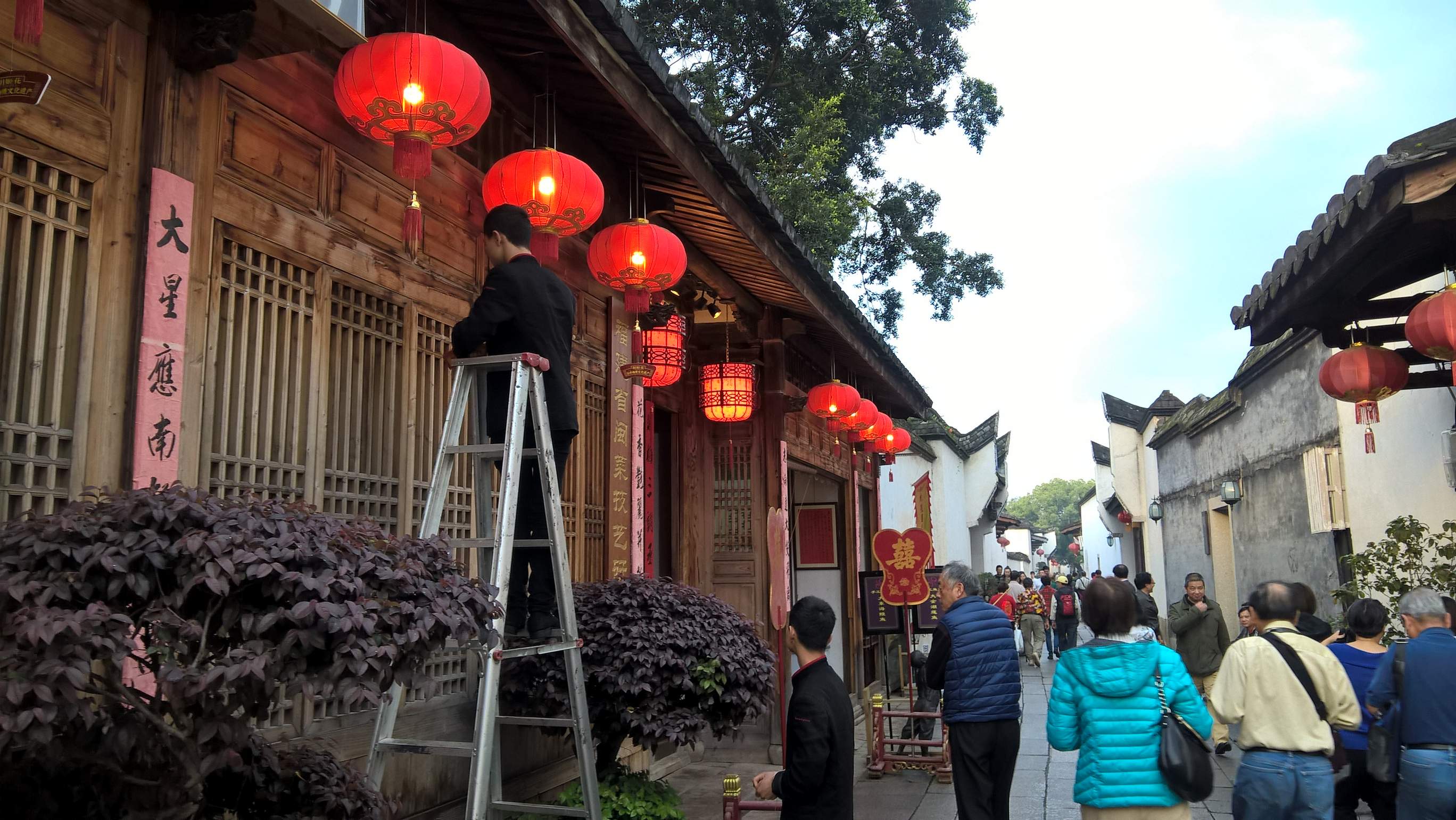 After visiting the China Museum for Fujian-Taiwan Kinship, our tour group drove over to Fuzhou, the capital of Fujian. It was getting pretty late in the evening, so when we got there we were dropped off south of West Lake Park and given an hour to eat out on our own and walk Honglu Rd.

Honglu Rd. (at least the strip just south of West Lake) is something of a pedestrian, and maybe historic, shopping street adorned with stone statues and red lanterns. Aside from local eateries there are also a few international bars, a Starbucks and a McDonald’s. The latter had a line going out the door. We were by no means craving Mickey D’s hamburgers, however, and opted for a Chinese eatery where we enjoyed a large bowl of beef and vegetable soup, a plate of cooked mustard greens, congee, and sweet tofu in syrup for dessert.

The next morning—after eating a large breakfast comprised of all-you-can-eat Chinese—we headed over to Zuohai Park where we were given about 50 minutes to walk around and enjoy the atmosphere. Many locals were here on this Sunday morning doing tai chi and various exercises. You can watch some of the locals in this park in this 21-second video.

After this, we headed to Wuyishan, so this was only a brief introduction to the city of Fuzhou. But for more information about this city of seven million people—including trivia like “Nike has a factory there, and a Taiwanese firm that makes shoes for Adidas, Reebok and others has four”—there is always Wikitravel and Wikipedia.