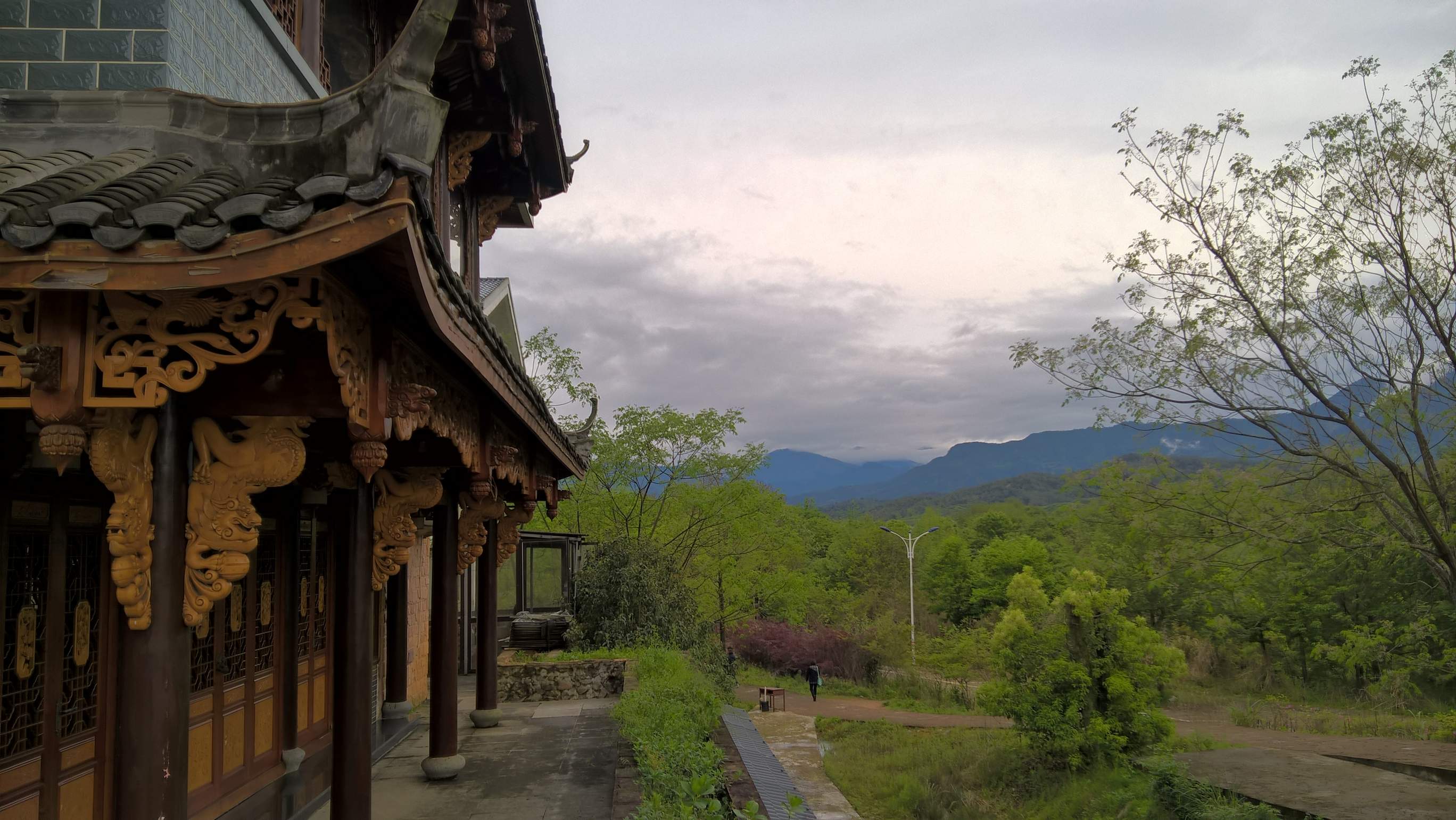 “I think you will like Wuyishan,” my dad told me after we got on the bus and departed Fuzhou. “It’s not a big city and it’s in the mountains.”

He said this before realizing that it was going to rain most of the rest of the day. No matter; the temperatures were sufficiently warm, the air would be clean, and besides, precipitation is what umbrellas are for.

After lunch in Wuyishan we headed north towards the Wuyi Mountains where we did a one-mile hike along a river (Strava data—started recording .3 miles late). The fog and the rain reduced visibility a little, but we were still treated to some nice waterfalls adjacent to a three-foot-wide path that we descended at times and ascended at others. My parents had little trouble hiking this distance and elevation and my mom complimented my dad’s stamina for his age. I particularly enjoyed the hike as it has been a long time since I have done a soothing walk in the woods to the pitter-patter sound of gentle rain drops next to a rushing river.

Later that evening, we went to an outdoor musical that was orchestrated by the same man who produced the elaborate opening ceremonies at the 2008 Summer Olympics in Beijing. It was still raining, but the organizers provided blue plastic disposable parkas for attendees. The musical—based off how many times the narrators said chá (èŒ¶)—was all about tea, but that is the extent that I understood and I even dozed off a couple times. Still, it was very well choreographed, both the humans and the colorful lights. Kudos to the actors and actresses who performed in the pouring rain without missing a beat.

The next morning we boarded the bus at 6:30 to a parking lot in Wuyishan, and then walked over to the Nine Bend River (Strava data) where we were to do some rafting. Unfortunately, when we got to the rendezvous point, we were informed that the river was too high, and thus there would be no rafting after all. So instead, that morning we went over to Mount Wuyi, which included a temple and a small tourist village with modern shops.

We then left Wuyishan and headed an hour south to have lunch, but my dad was right: I did like Wuyishan and the Wuyi Mountains.