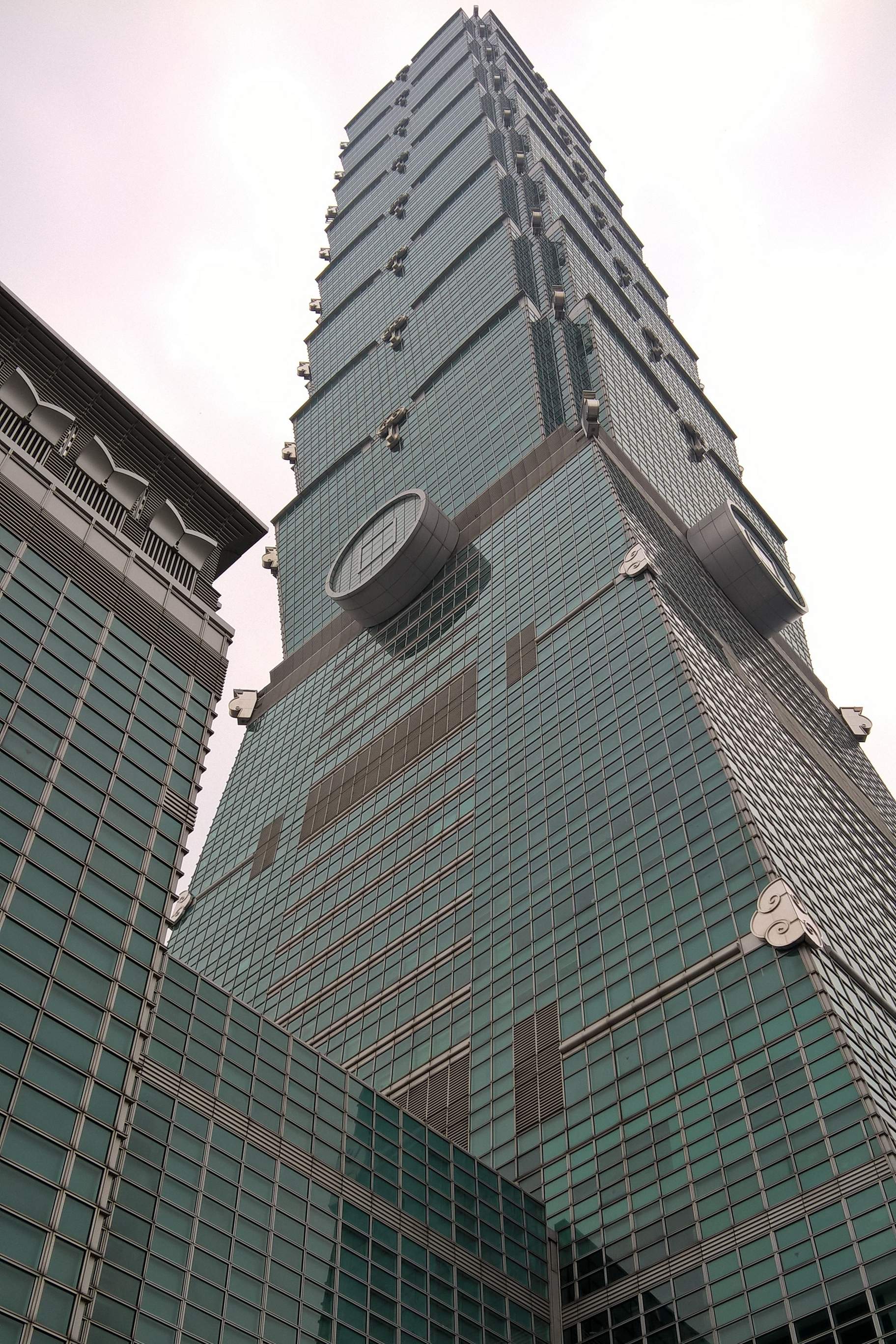 The final destination on our eight-day Taiwan tour was the capital city of Taipei. First stop: the Taipei 101, which was the world’s tallest building from 2004-2009. It is particularly distinctive because it is easily twice the height of any other skyscraper in Taipei.

Adjacent to the Taiwan 101 is a building that hosts a lot of high-end shops, many of which you’d see in an American shopping mall. We were given 45 minutes to explore this shopping center. Outside were supporters of the pro-independence Democratic Progressive Party holding signs urging the arrest of the current Kuomingtang leader and Taiwan president Ma Ying-jeou. This underscored how Taiwan values freedom of speech, in contrast to the mainland across the Strait where you’d never see this sort of protest.

Our hotel in the area was actually to the east in New Taipei, right next to a Costco. My mom, dad and I actually went inside the Costco. I got a kick out of this because the last time I have been inside a Costco was with my dad in Stockton as a teenager, and here I was inside one with him in Taiwan. The items and prices are actually largely the same here as in the States. Additionally, this Costco sold clothing in what my dad referred to as “American sizes,” which are way larger than “Chinese sizes” since Americans tend to have a lot more girth and height than people living in Asia.

The next day the tour group went to visit the National Revolutionary Martyrs’ Shrine where there was the changing of the guard. We also went to the Chiang Kai-shek Memorial Hall, which was built from 1976-1980. It is adjacent to a plaza that is now called Liberty Square as it was the site of many mass gatherings and pro-democracy demonstrations. The site also includes a peaceful park with benches and exercise bars, where I did some ebook reading on my Windows phone and did a couple dozen pull-ups at.

The final activity was walking through a night market in Taipei where there were mostly youngsters strolling around. We bought some food for the airport for the next day, and also ate noodle soups at a restaurant.

All in all, the China and Taiwan tours made for a good trip.

Thank you for posting these. Good pictures. ↩Reply