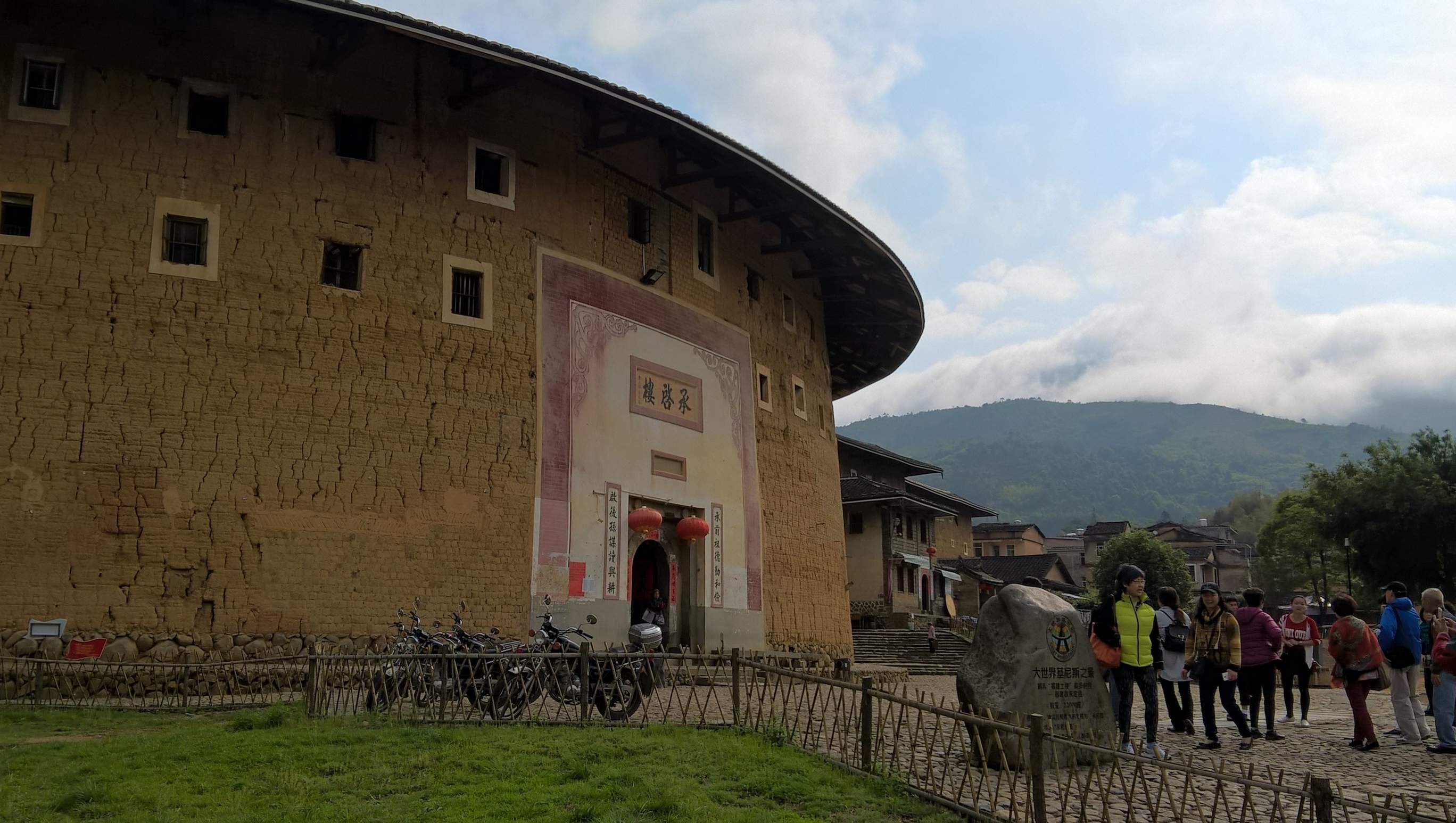 There were a couple grumblings about the 6:30 a.m. “be ready to board the bus” start time on the day we went from Wuyishan to Yongding. But it turned out to be necessary considering that after visiting Mount Wuyi, a tea house and Fujian Linyin Stone Forest, we arrived at the Hakka Earth Prince Hotel in Yongding at 8:00 p.m. for dinner and there were still activities to do at 9:00. Namely, walk over to a nearby tulou for a look-see and a barbecue.

A tulou is a rural, Chinese earth dwelling unique to the Hakka people in the Fujian province. They are typically shaped like circular or rectangular rings and often have small enclosed buildings located in the center. This particular tulou was something like five or six hundred years old if I remember correctly. Yet it was still habitable. A family that presumably owns or takes care of it was washing dishes or dispensing cups of tea while three chefs cooked sausages and skewers of meats and vegetables on a modern barbecue. Tasty stuff.

Fujian weather is fairly warm year round, so cover is only needed and provided within the rings when it is raining. A tulou is generally large enough to house multiple families.

The next morning we went to visit the “king of tulou” (i.e., the largest of all tulou) called Chengqilou. It was built in 1709 and declared a UNESCO site in 2008. This one had 288 rooms (74 X 4 levels), with kitchen and bathroom facilities on the lowest ring, storage units on the second, and living quarters on the third and fourth.

There are many other tulou, some of which were built in the early twentieth century. I like the look of them, with simple round lines that lack the elaborate and superfluous wall, window and roof ornamentation of typical traditional Chinese buildings. A clue that they are Chinese, however, are the many traditional red lanterns hanging inside in addition to Chinese calligraphy here and there. Considering the similarities to Apple’s forthcoming new “spaceship” headquarters, I suspect the late Steve Jobs would have liked them.